An introduction to the foundation of YET

Maurice Dybeck in his “History of YET” states… In some senses all of growing up is an exploration, as young people steadily push out the boundaries of what they want to do and feel they can do. Life is a matter of always going further, in territory and in behaviour. Then comes a time when personal exploits are not enough and teamwork and co-operation are seen as the way forward. This is where expeditions come in.

In the UK we have harnessed this curiosity to become a national tradition of exploration, one of pushing boundaries, a thirst to see what is over the horizon, both physically and emotionally, and many have recognised the needs of young people in this context. The work of Baden Powell and the Scout movement really set things moving and in the 1930s Scouts were travelling far and wide, meeting young people from other cultures and being engaged in adventure. Murray Levick, following his own adventures with Scott in Antarctica returned determined to offer similar experiences to young people and thus the Public Schools Exploring Society was founded, later to become British Schools Exploring Society, and still going strong today simply as British Exploring. Many individuals following the Second World War promoted this sense of adventure and exploration and none more so than Brian Ware with the foundation of Brathay Exploration Group in 1947. Brian took matters a step further and through his associations with universities developed a number of real scientific enquiries with which the young could become engaged. Many of those participating in these organisations wanted to offer the next generation similar opportunities and by the 1950s and into the 1960s a number of regional exploration groups were created. The Schools Hebridean Society and Yorkshire Schools Exploring Society are two shining examples of such intent. A number of schools became involved in expeditions, running their own adventurous and fieldwork activities, The Perse School in Cambridge and Kings School in Taunton were early advocates of this extended curriculum. 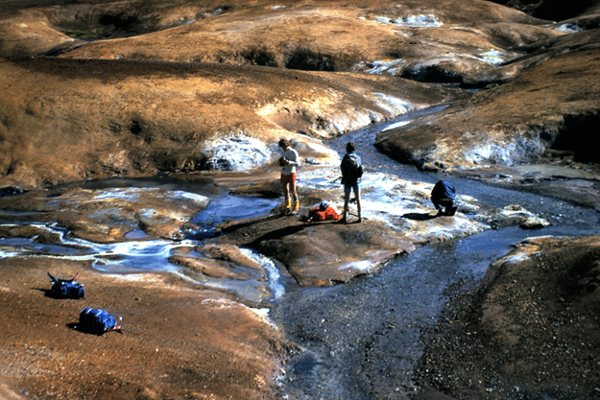 In 1957 the Duke of Edinburgh’s Award was founded, opening up expedition experiences to an even wider range of young people. Notable figures in society added their weight and support to the youth exploration movement. John Hunt, of Everest fame was the first Director of the DofE Award, and supported Endeavour Training, run by Dick Allcock for the National Association of Youth Clubs. George Lowe, also of the 1953 Everest team, became one of Her Majesty’s Inspector of Schools, and with Jack Longland the Director of Education for Derbyshire oversaw much of the work led and inspired by Ted Grey in Derbyshire. In wider circles and of great influence were people such as Alfred Stephenson, a seasoned polar explorer and on the staff of Imperial College, London, where he supported students with a thirst for adventurous fieldwork. Launcelot Fleming, whose many achievements included being Director of the Scott Polar Research Institute in Cambridge, Bishop of Portsmouth and of Norwich and Dean of Windsor. In 1968, he piloted a bill through the House of Lords that led to the Antarctic Treaty. He had a remarkable rapport with young people and was always supportive of youth expedition leaders with good humoured help and advice.

With so many self interested and diverse organizations and so much informal support, it seemed a natural progression, in the late 1960s, to create a more formal platform to share advice, knowledge and support for all things related to expeditions and exploration; especially for those wishing to inspire and offer opportunities to British young people. 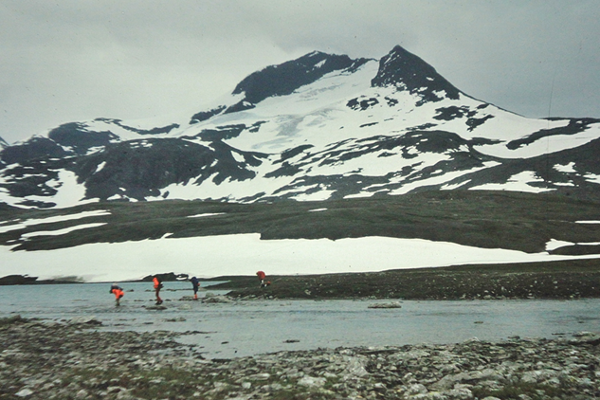 Thus in December 1968, at the Royal Geographical Society, there was a meeting of representatives of exploring societies and bodies concerned with youth initiative training and environmental education under the chairmanship of Dr. Martin Holdgate (then Chairman of BSES) and ably supported by Brian Ware as secretary (then Principal of the Brathay Trust). Over the next few years, led by Brian and Martin, this group worked steadily to create an organization that would become known as Young Explorers’ Trust (YET). From the outset the aims of YET were:

All those present agreed that a Council should be established, envisaged as a loosely organised ‘umbrella’ body which would hold annual conferences and would state the collective case of youth exploration societies for national recognition and support. Whilst much work took place following that first meeting in 1968 in developing the aims of the new ‘umbrella’ organization, it was not until January 1972 that the inaugural Council meeting took place and YET was launched. Over 100 people attended the event at the Royal Geographical Society; subsequently a Council of twenty five met for the first time; 15 representing societies and expedition organisations, 5 individual members (John Disley, Launcelot Fleming, Lord Hunt, Dr.Hal Lister – first to cross the Antarctic, Sir Jack Longland – Derbyshire Director of Education and Everest 1933 and Neil Macdiarmid – Chairman of Stewarts & Lloyds), 2 representing University Exploration Societies, 2 representing School Exploration Societies and 1 observer from the Nature Conservancy.

Thereafter progress became more rapid in several fields, and when a second Annual General Meeting was held in Leeds in October 1972 it was announced that Lord Hunt had agreed to become the first President of the Trust, and that it had received approval for registration as a charity. Measures to expand the membership and increase opportunities for members proceeded apace. This particularly involved schools, societies and other groups without a great deal of experience of organising expeditions, but who were looking for advice and information from experts in the subject. 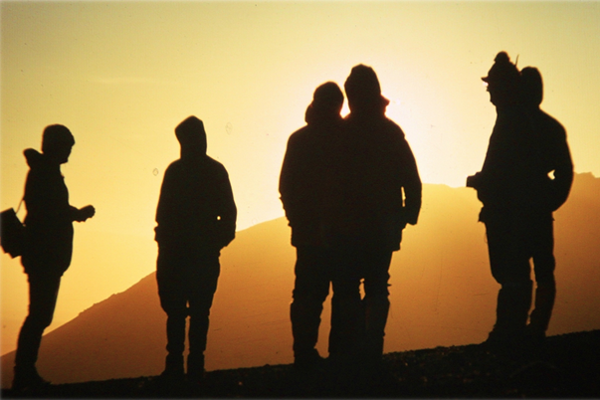 At the 1973 AGM the new Chairman of the Trust, Harry Eastgate of YSES, in his annual report stated “The Honorary Secretary was surprised when I recently reminded him…that this was the twenty fifth meeting or conference concerned with the foundation and development of the Trust!”

That meeting included a number of significant developments:

Thus Young Explorers’ Trust came about and established itself as a meaningful and respected organisation in the world of expeditions. The rest, as the common phrase says, “is history”. That history of YET is given in more detail in the excellent work of Maurice Dybeck, which can be found in THE HISTORY AND EVOLUTION OF THE YOUNG EXPLORERS’ TRUST.