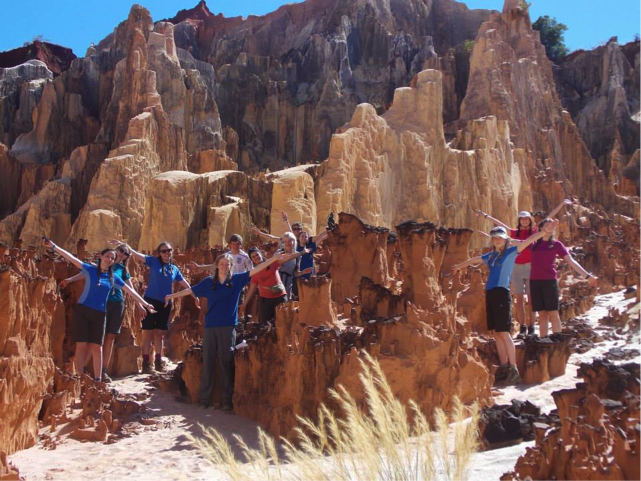 After a tiring journey we eventually arrived at Antananarivo airport the capital city of Madagascar.  Flying over I was amazed at the unique landscape with mountain ranges but then also areas of rainforest which had sadly clearly shrunk in size by deforestation which is a massive issue in Madagascar.

Our first stay was in Ankarafantsika National Park to acclimatise to the foreign conditions. We were required to buy supplies for our duration there so beforehand we headed into the market. This turned out to be a greater challenge than anticipated as the locals spoke only their native tongue of Malagasy.  I found it really enjoyable to try and communicate with the locals and gain a greater understanding of their everyday life.

Once we arrived in Ankarafantsika we set up our camp for a 4 night stay. In the morning we awoke to lemurs calling to each other across the trees.  It was amazing to see the animals so close in their natural habitat. That day we saw many other animals on our first trek of Madagascar. The trekking was difficult as the terrain varied throughout the rainforest; however the close contact with the animals made it all worth it. The guides spotted chameleons, a snake, frogs and many different kinds of lemurs.  That evening we went on a night walk where we saw all the varied nocturnal animals in the rainforest. The sky turned pitch black really early so we needed to wear our head torches in order to discover the wildlife. We spotted a tiny Mouse Lemur as its big eyes reflected from our torch light. We also found a sleeping chameleon which was heavily disguised like a branch. For the rest of our stay in Ankarafantsika we went on various different treks, one of the highlights being visiting a red canyon.  It was an amazing natural sight and was well worth the long, hot trek.

The next place we stopped off in was Diego Suarez, a much busier harbour town. 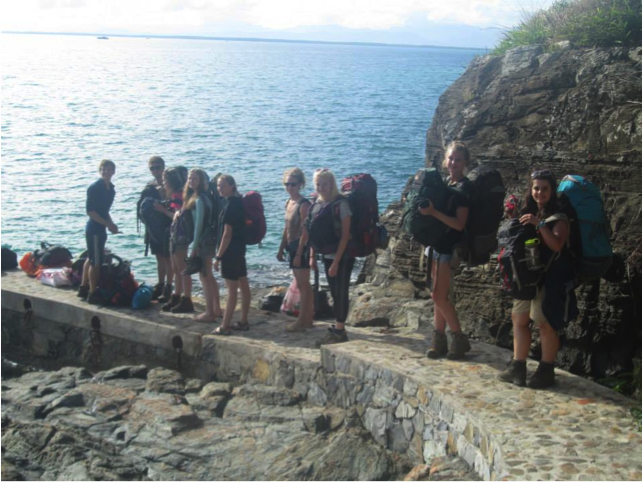 It was a different experience to the sleepier villages we passed by on the journey as everyone seemed more accustomed to us westerners. We went to the lively markets to buy food and we had to put our rusty French into practice when trying to buy vegetables.

We then went to another National Park named Amber Mountain by four wheeled drive as the Madagascar roads seriously deteriorate on this route. I really liked this rainforest as it conformed to my stereotypical ideas of what a rainforest should be. It was warm however there was moisture in the air and it occasionally rained.  It was also beautiful and on our first day we trekked to a huge sacred waterfall.  Our tour guide explained to us how David Attenborough had visited this park for his filming of the documentary Madagascar and he’d shown him around personally. We held several chameleons including the smallest chameleon ever which was tiny!

That night whilst we were eating our tea we spotted a fossa rummaging through our bin. A fossa is a cat-like carnivorous animal native to Madagascar. It was quite small however had sharp claws and teeth and wouldn’t leave our camp despite banging pots together in attempt to frighten it! We eventually thought we’d scared it away so went to sleep just to be woken up in a few hours by girls in our team screaming as it had entered their tent and was clawing trying to get at their food.  It had then escaped at the sound of the commotion but took one of their walking boots with it! We had to quickly evacuate the campsite and sleep in the nearby gîte. In the morning the tour guides were shocked and amused at our story as apparently it was quite rare to even spot a fossa. The walking boot however was still not found and trekking had to be done in socks and sandals for the poor girl! 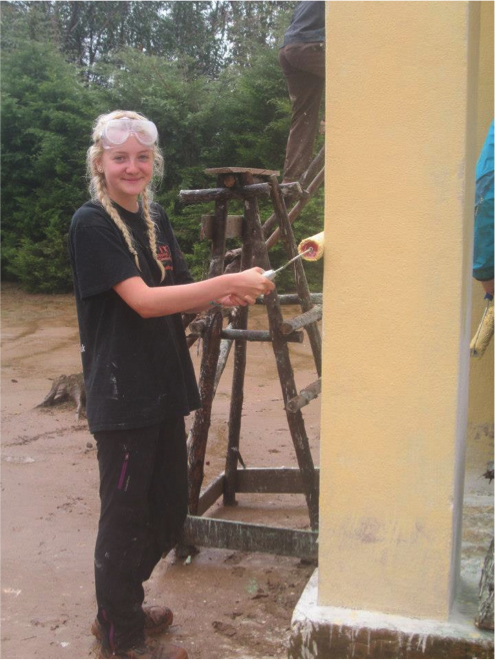 At Amber Mountain we of course had to climb up the mountain which I found particularly challenging. We had to take all our stuff with us as we’d be wild camping at the top. The journey took all day but I had an amazing feeling of satisfaction when I finally reached the summit and saw the beautiful views of the rainforest.

Our third national park was Ankarana which was a dry insidious rainforest. The climate was much hotter here compared to Amber Mountain and we were told to watch out for scorpions near our camp. We walked to a massive bat cave which was so dark inside that we needed our head torches.  Inside the cave as well as bats there was stalagmite and stalactites which were thousands of years old and still alive. At Ankarana there was also ancient limestone features called tsingy which were stunning to see.

Our next phase was rest and relaxation and after all the heavy going trekking it felt like a well-deserved break. We visited the island of Nosy Be of the northwest coast of Madagascar. Here we went snorkelling and saw the countries beautiful underwater world of coral, different fish and even turtles! The sunsets on the beach were phenomenal with loads of different shades of orange, red and pink.

After Nosy Be we visited a small village called Andasibe. We stayed in Andasibe 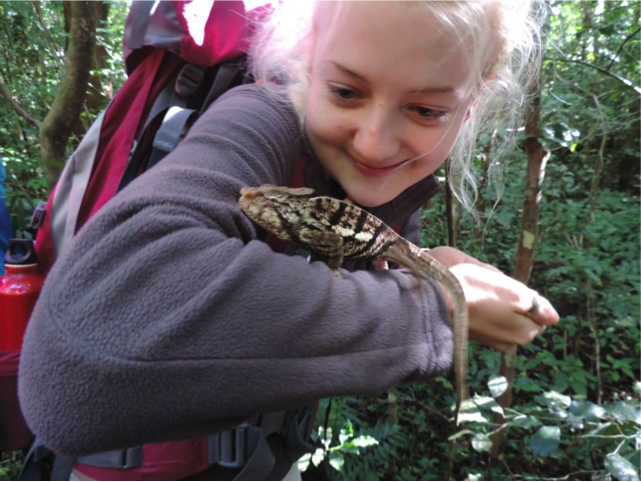 National park initially where we saw different species of lemur such as the Indri and the Golden Sifaka. The indri had a very distinctive call which was brilliant to witness as it only happens a few times a day. We then stayed at a school where we would be doing our community project work. The school was extremely different to what I was expecting as they only had a couple of classrooms however nearly 600 pupils attended the school. Our main job whilst we were there was to redo their library by sanding down, repainting, drawing pictures on these walls and making new furniture. We would redo their library in the morning and then in the afternoons we taught English to classes. The children were so friendly and intrigued by us and it felt so rewarding to teach them English and see them learning.

Overall my expedition to Madagascar was the most rewarding and worthwhile experiences of my life so far.  It has taught me so much about a completely different culture and I would once again like to express my gratitude for your kind donation. Without your award I may have never have had this fantastic opportunity.