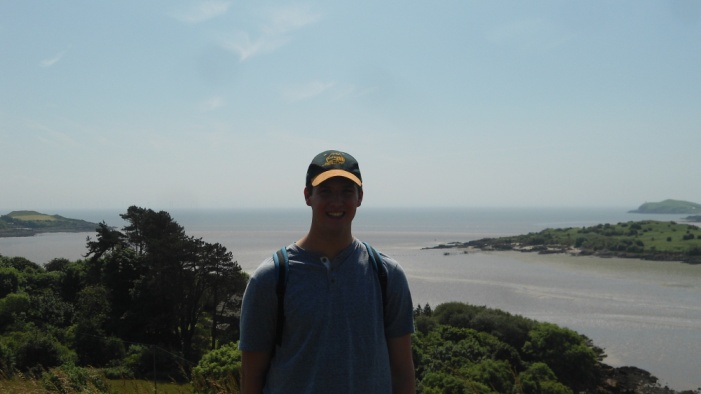 On the 18th June 2014 I arrived in Edinburgh for my first volunteering experience of the summer with the National Trust for Scotland on a gloriously sunny day which I hoped would be a sign of things to come. After meeting my fellow volunteers from a variety of different countries (Canada, Croatia, Germany, England, Scotland and Austria) we set off in our minibus to Dumfries and Galloway where the Threave Bat reserve is situated. 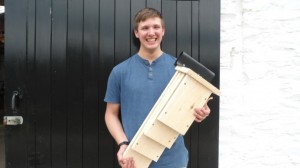 On arrival at our accommodation we were given a talk by the reserve’s manager who was extremely passionate about trying to get people and wildlife to live together in harmony. Our project was to survey a number of properties on the Threave Estate (owned by the National Trust) for bat roosts in order so that they can be mapped out and properly protected under EU law (as all 7 bat species at Threave are European protected species).

Our first day was spent familiarising ourselves with the surveying and the signs we should look for with regards to locating bat roosts. Our day was split into being detectives in the afternoon, looking around farm buildings and properties for bat droppings that may suggest a roosting site and the evening when we would carry out dusk surveys for 2-3 hours from about 30 minutes before sunset (around 9pm) using bat detectors at the sites we had identified earlier in the afternoon. The first night was soon alive with bats; flapping right past my head and making the bat detector vibrate in my hand! 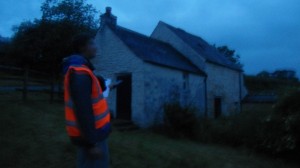 Dusk survey with calls of badgers off in the distance

We repeated this process for a variety of properties around the estate, all the time building up really useful information on the bat species and numbers of roosts present on the estate. We also saw some other fantastic wildlife too – badgers appeared on my first night of surveying in a field not too far away as well as later during the week when at least two badgers came within a few metres of me when I was bat detecting! We also had a day off in the middle of the week, during which we went to see the ospreys at Threave Castle and went to Rockcliffe nature reserve which gave us great views of mudflats, a lovely walk through the forests and even a huge jellyfish on the beach. The next few days were spent following the same routine as earlier in the week, and we began to see some more unusual bat species during the dusk surveys such as whiskered bats and long eared bats as well as the more common species of pippestrelles (sopranos and bandits) and noctules – high flying, tree roosting bats that give a very strange sound on a bat detector! We also got to build our own bat boxes which were then put up around the estate and I was able to take out a camera trap to try and spot local wildlife (sadly only a lonely fallow deer was seen). 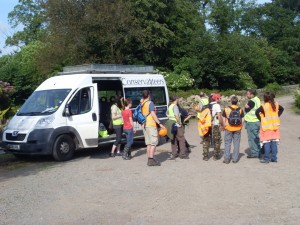 The bat team with the batmobile!

On the last night we had a Haggis night and invited the rangers we had been working with during the week to eat dinner with us which made for a lovely evening shared amongst people who were strangers only a week before but now felt like good friends.

After leaving the Threave Bat reserve and saying my goodbyes from Edinburgh, I took a train down to Newcastle and stayed overnight in the University of Northumbria’s accommodation in order to go to a cetacean observer course run by the organisation ORCA. The day was really useful in increasing my knowledge of whales and dolphins and how to identify them, especially at sea. I also learnt a lot about the protocol and procedures used by ORCA on the surveys they run during the year on ferry routes (which I hope to join now I have taken part in this training course) and the research that the data collected from these surveys goes to support. After this I went home on the train for a well earned rest, eager for my next volunteering experience later in August. 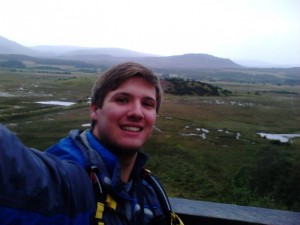 A view/selfie of the Insh Marshes

On the 18th August I set off to the Cairngorms for a week of residential volunteering with the RSPB at the Insh Marshes nature reserve which is recognised as a vital habitat for waders and many other bird species, as well as many insects and other wildlife.

I arrived over the weekend, during which no official reserve work takes place, so after being shown around by my fellow volunteer I set off to explore the reserve and do some bird-watching using a worryingly rickety bike! The wildlife I saw was quite astounding (despite it not really being a “busy” season for birds) including a buzzard hunting starlings, a beautiful fox that walked about 10 feet from me, roe deer and herons. 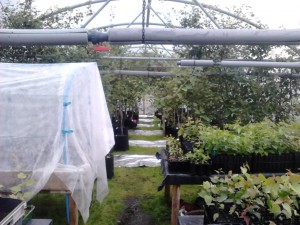 On my first day I was introduced to the reserve’s ranger who was really enthusiastic about his work and very welcoming. We started off clearing ragwort from some of the livestock-grazed fields (ragwort thrives in areas where livestock graze as it is poisonous to ruminants and so grows well whilst other native species are eaten and become overgrown). We spent all morning pulling up these weeds with increasing success as time went by (ragwort pulling is an art, especially when you find a rather large plant) and then bundled them into a trailer and drove them off to pile them onto a large rotting mass in a contained area. In the afternoon, we were given the task of clearing bracken away from a woodland path in a small patch of biodiverse woodland where the ranger wanted to create a butterfly-friendly area along paths and in a small patch of meadow. So armed with a small scythe and a “strimmer”, we set to clearing bracken so that smaller wildflowers could grow without competition from the overshadowing ferns.

The next day we spent more time clearing another area of ragwort and then spent the afternoon checking trails for safety hazards and signage to ensure people could walk around the reserve safely. The following day we spent time working with the Highland Aspen Group to help cultivate Aspens (native trees to the area that provide unique habitats for some very rare invertebrates such a specific hoverfly that only lives in these Aspens). We set about weeding, killing pests like certain beetles and larvae as well as making a rabbit-proof fence to protect young aspen saplings – how successful it will prove to be I am sceptical about! 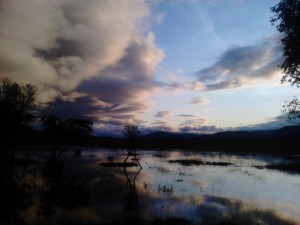 Waiting for the hen harrier

The next day consisted of more ragwort pulling and then checking Goldeneye nest boxes for evidence of successful nests and hatchings. We used GPS and maps to navigate to each of the nest boxes around the reserve which we continued into the next day – it was great to see that many of the boxes had egg shell fragments and lots of downy feathers, suggesting successful clutches although an amazing find was three, obviously infertile, intact eggs in one box! The previous day I had also attempted to try and spot a hen harrier that had been seen roosting on the marshes earlier in the week at dusk, but unfortunately I missed it by a few seconds as my fellow volunteer couldn’t point it out to me quick enough before it landed out of sight.

Slightly disheartened, but even more determined to see it, I went back the following night and stayed for longer. At first, although the peace and tranquillity of the highlands was quite enjoyable, there was no activity on the marsh. Just as it was getting almost too dark to make much out, I spotted a ghostly white bird hover over the far side of the marsh and fly round to where my fellow volunteer had seen it the night before. Although it was a long way off, it was unmistakably a male hen harrier – such a rarity back in North Yorkshire where I’m from because of illegal persecution from grouse hunting which ensured the working week ended with a great high. 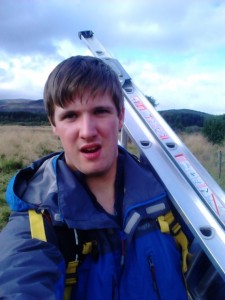 On the weekend, although it was technically our day off, I agreed  with the ranger to carry out a survey of the watersports activity on Loch Insh to help build up information on the way this activity might be disturbing local wildlife. During the surveys I saw a sight I had never seen before: a flying osprey in the wild. Its nest was based on a small island on the loch and on my arrival it flew towards me, calling raucously whilst it proceeded to mob a heron in an amazing display of aerial acrobatics. I went back the following day and it did the same, but this time to another osprey which was challenging its territory.

With my weekend ending on a great high I set off home on Monday morning on a train journey with fantastic scenery either side of the tracks, happy that I’d gained a great deal of experience during my summer holidays, met some lovely people, had some amazing experiences doing what I love and want to do for my career in the future, as well as some fantastic wildlife encounters to reminisce about.

My thanks go to the Young Explorers Trust for their generous grant that helped me afford the cost of my 3 trips in the summer of 2014 and the amazing experiences that I was able to get out of them which I hope you can appreciate from my report. 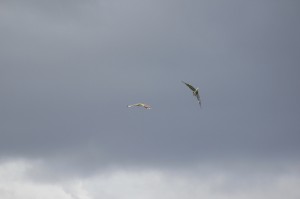