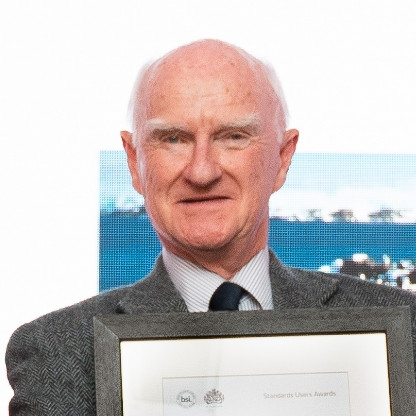 Bob Schroter has done so much for expeditioning, not only by participating and leading on several continents, but also by his enormous contribution over many years to getting others into the field and developing innovative field research.

When Bob came to Imperial College (IC) he rowed and climbed. However, expeditioning is fortunate in that rowing proved too time consuming. Luckily, there was a nascent expedition society whose activities fitted better with his work schedule and he was off to the Karakorum — not a very usual destination in the 1950s. This brought him into contact with Alfred Stephenson, a college lecturer who acted as his mentor for those early expeditions. Stephenson later introduced him to the YET, a chain which culminated in the Lifetime Award in his name.

The IC Expedition Society that Bob has since supported and chaired for many years has nurtured many expeditioners, as has its related organisation the Old Centralians’ Trust, another of Bob‘s initiatives. Equally important was its evolving perception of how to assess expedition plans which informed YET screening and subsequent evaluation activity.

Bob’s professional work as an academic, focused on bio-engineering science, led to some interesting fieldwork. As a result of which we know more about thermoregulation in camels as well as stresses experienced by penguins. Of more immediate concern to expeditioners has been his long involvement with respiratory problems at altitude.

On joining the YET Council 40 years ago Bob brought with him, as a result of his academic and expeditionary activity, an extraordinarily wide network of contacts. As a member of the Arctic and Antarctic Clubs, the Edward Wilson Foundation, the Gino Watkins Memorial Fund, the Mount Everest Foundation and the Desert Club he has been able, as a YET member and subsequently a trustee, to help the Trust achieve a reach beyond its size to foment and support ideas and aspirations. Most significantly, his joining the BSI technical committee provided an excellent extra contribution to the evolution and establishment of BS8848. For much of the time he was a valued member of the YET Screening panel assessing youth expeditions for approval and grant aid. He subsequently led, and still does, the YET Evaluation team undertaking the evaluation of both commercial and private expedition providers against BS8848.

When not leading in Peru or Bolivia or somewhere in Africa, what should Bob bump into in the Pyrenees but a mountain rescue emergency that earned him the lifesaving medal of The Order of St John. YET hopes he will be equally happy with the richly deserved Stephenson Lifetime Achievement Award for saving many an expedition.