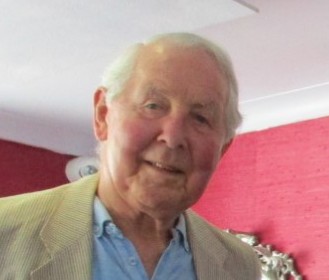 Mike Cross — who has died aged 80 — was born in Hindhead, Surrey before the family moved to Leeds. This offered better opportunities for the challenge of a more outdoor life in the nearby moors and limestone of the Pennines. His parents gave him experiences in the outdoors which helped to develop that spirit of adventure which would mark his whole life. In his teenage years he developed a strong interest in aviation which led him to a long and varied career in the RAF

He was commissioned into the RAF from the RAF College Cranwell in 1962. After two operational tours he completed three flying instructional tours at intervals at the RAF College, the last in 1985 as Chief Flying Instructor. He was awarded the OBE following the latter tour. He greatly enjoyed the teaching aspect of this post, something which influenced his subsequent career and life. Intervening staff tours included flight safety, Officer Commanding Operations, RAF Masirah, Oman and Assistant Defence Attaché at the British Embassy, Jedda, Saudi Arabia. He took the RAF’s Advanced Staff Course in 1979 and then returned to Saudi Arabia as Advisor to the King Faisal Air Academy, Riyadh. Further staff tours included flying training policy and management, and diplomatic posts in India and Algeria. On return from Algeria in 1991, Cross served as Director of Operations covering the RAF’s involvement over Iraq in support of the Kurds, before moving to the Ministry of Defence as Deputy Director of Training Policy. This included the joint chairmanship — shared with a medical consultant — of a tri-service policy committee setting flying medical standards.

His last RAF post was as Chief of Staff (COS) to the Air Cadet Organisation (ACO) in 1993, a national youth organisation of some 45,000 13 to 19 year olds and 10,000 adult volunteers. In this role he had oversight of policy development and implementation of ten specialist administrative and activity fields, including adventurous activity, overseas expeditions and two adventure training centres. Although he retired from the Regular Service in 1997, he continued in the post as a ‘Retired Officer’ until final retirement in 2007.

Mike’s interest and involvement in the challenges of the outdoors led him to organise and lead expeditions, mainly in the desert. He travelled and worked extensively in the Sahara, Arabian and Thar deserts, and in the Malaysian North Borneo jungle, periodically living in native ‘long houses’ in the ’60s. He trekked to the South Pole with his son in December/January 2002/03 becoming the first diabetic and father and son to achieve this together, He trekked to Everest Base Camp every year from 2004 to 2008 inclusive, on two occasions leading a group. In 2008 he also led a trek to the Kingdom of Lo (Mustang), Nepal. Subsequently he led a party on a ten-day 250 km camel trek following an old trading caravan route across the Thar Desert, Rajasthan, India replicating as near as possible the caravaneers’ modus operandi. Not content with these expeditions he completed the London Marathon and Triathlon in 1997 and 1998 respectively and undertook a 250 km trek driving a husky drawn sledge in northern Norway for charity in 2008.

Mike had that spirit of exploration and adventure in his own life and shared a strong belief that such experiences were of great benefit to the younger generation. When he became Chief of Staff of the Air Cadet Organisation, he was able to channel his beliefs into practical systems whereby thousands of cadets had the opportunity to experience all this for themselves

Upon retirement from the ATC, he looked for a way of continuing this interest and he found it in the Young Explorers’ Trust, first as a Council member then a Trustee and very soon Chairman. During nine years as chairman, Mike & his fellow trustees had to contend with what was probably the most difficult period of the Trust’s life, above all the devastating blow dealt to expeditions by the travel restrictions of 2020 and 2021. During those years both the nature and providers of youth expeditions were evolving quickly, and Mike was quick to spot a need for extensive replanning of YET activity in response and make arrangements for it to happen. Whilst members turned out to want fundamentally the collaborative activity that YET had always sought to provide, he was adept at encouraging new thinking about ways of delivering it, greatly informed by his own distinguished record as expeditioner and leader. Much of what he would have wished turned out to be unobtainable, but nobody could have provided better leadership in such difficult times

Mike was the Trustee with the remit of the oversight of YET Awards & Grants and Expedition evaluation systems. His experience, his understanding that adventure is for every youngster whatever their background, made a very valuable contribution to the work of the Awards Panel in making Grants each year. He took great strength from the superb reports from the youngsters who had received awards. Reports came from Arctic areas, tropics or mountains, fieldwork, exploration or community work in challenging environments and they kept inspiring a rather aging panel.

Mike found ways of channelling his love of exploration and adventure to the younger generation. There will be thousands out there who had they known would thank him so much for giving his time so willingly, directly and indirectly to our young folk. What better tribute could be given to a man who continued to uphold his beliefs in such a concrete way right up to the end. For those who came to know  Mike it has been a privilege to share our interests in such a practical way, with good humour, insight and leadership.

Mike was born in 1942 before the development of the NHS. His birth cost his parents 7/6d (c 40p), remarkable value for money.

Mike lived a life worth living, for himself and so many others