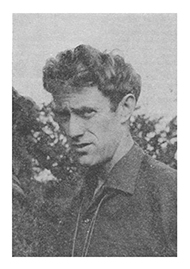 YET notes with sadness the passing of one its past Chairmen, Clive Jermy. Clive Jermy is known internationally for his scientific work in association with ferns, sedges and conservation but few will realize the unstinted encouragement he gave to novice expeditioners as well as established scientists and explorers.

Professionally Clive was Head of the Fern Department of the British Museum (Natural History), which he joined in 1958 and retired from in 1992. Over the years he gained much personal experience on expeditions and exploration in his pursuit of knowledge of ferns but especially on ventures to Malayasia, Indonesia and Papua New Guinea. In 1977/78 he was Scientific Co-ordinator of the Royal Geographical Society’s expedition to Gunang Mulu National Park in Sarawak and in 1980 received the RGS Murchinson Award for this work as well as his contribution to geographical science through numerous publications.

Clive was a prolific writer and is probably best known for his Illustrated Guide to Ferns of the British Isles (1993) and in the expedition world for the Expedition Field Techniques for Tropical Forest Expeditions (with Roger Chapman). In 1995, whilst Chairman of YET, Clive produced in association with the British Ecological Society the first edition of YET’s Environmental Responsibility for Expeditions, co-authored with Chris Workman and Alison Gimmingham. He was also instrumental in the development and publication of Safe & Responsible Expeditions, which for many years became the yardstick of good practice for expedition organisation & leadership.

Clive believed passionately in spreading the opportunities and benefits to be gained from expeditions both in scientific knowledge and personal development and was the first Head of the Expedition Advisory Centre founded and jointly funded by the YET and RGS in 1980. His tireless work on behalf of YET in this decade and the 1990s kept YET at the forefront of developments in expeditions and built on the established legacy of former Chairmen to make the Trust the acknowledged representative body for youth exploration and expeditions.