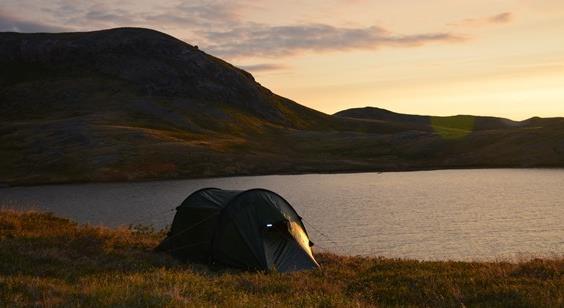 Cameron Mackay from Glasgow University was part of a peer group expedition to Greenland. ‘Greenland360’ was an expedition concept that aimed to bring together science, art and education to communicate the full picture of the changing landscape in Greenland. This project was led and organized by young people with the desire to inspire and motivate the next generation to get involved with climate science and to explore and experience wilderness first hand.

In the summer of 2014 a team of four of us from across Scotland organised an independent expedition to Greenland, the aim being to communicate the impact that the changing climate is having on the landscape there and also the people. The expedition was based near the town of Kangerlussuaq, West Greenland where we would gain footage of the ice sheet using time-lapse cameras and an aerial camera drone as well as to interview locals to see how climate change is affecting them. 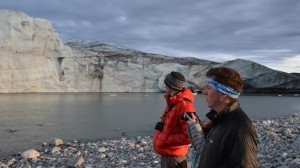 After a very hectic few days pulling all the kit and plans together, all of the team were ready to set off to Edinburgh airport for the flight to Greenland. We all met at the airport and the equipment was sorted out into the correct bags, adding up to four rucksacks, five kit bags and a total weight of over 200kg. We flew initially to Keflavik in Iceland where we would spend the night.

We had an early start the next day and got ready to leave the hostel at 07:00. The flight to Greenland took off at 11:10, heading for a stop in Narsarsuaq, South Greenland, before arriving in Kangerlussuaq at around noon, Greenlandic time. The plan was to head to the Kangerlussuaq Youth Hostel and, to our relief, we managed to get a lift and had soon made ourselves at home in the hostel. 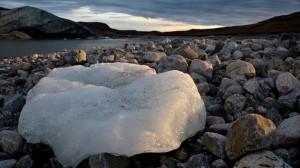 In the morning, we checked out of the hostel and set up a campsite. We would need to spend a couple of days in town before heading out into the field to buy supplies, charge batteries etc. The staff at the Kangerlussuaq International Science Support facility (KISS) let us in to charge our drone batteries. Once one was ready, Craig took the drone for a test flight over the river leading into the fjord. That evening we had the first of many meals at the Polar Bear Inn before returning to our tent for the night.

We woke up hoping to leave for base camp but it soon became clear the we had at least one more day of preparations in Kangerlussuaq. We had been unable to source a stove and firearm from the local companies as hoped for and could not leave town without them. After having no luck with any shops, we seemed to be out of options. Then, by some miracle, the manager of KISS agreed to rent out both his gun and stove to us. Within 10 minutes things had completely turned around and we were arranging our transport for the next day and going out to have our last cooked meal before beginning our ration pack diet.

Working from Basecamp and the Russell Glacier 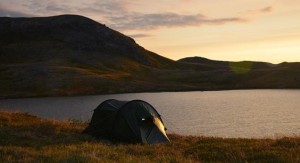 After establishing base camp, we were ready for our first trekking day. We planned to walk to the Russell Glacier to set up two time-lapse cameras and get footage using the drone. The walk was 25km there and back. In areas where there was no wind-chill coming from the ice, it was quite hot and posed a challenge for trekking. We followed the road until taking a tourist path towards the glacier. We set up the two cameras, using rocks for stabilisation. Craig flew the drone directly above the snout of the Russell Glacier, gaining some stunning footage, and causing a stir among a group of nearby tourists.

To the Ice Sheet

Having set up the time-lapse cameras and completed filming objectives, we got set to walk up to the ice sheet to establish an advance base camp. We secured all non-essential kit under a tarpaulin at base camp. The walk was simple as it followed the road but with packs that weighed up to 30kg it was slow progress. However, about 10 minutes in, we were offered a lift and soon made it to the ice. Camp was made next to the ice sheet, on the edge of a hillside about 500 metres from the ice access point. 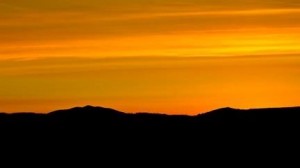 As we woke up the following morning, we were greeted by the first rain of the trip. We also realised that we had underestimated how much of the local fuel we would need to power our stove for our time at advance base camp, meaning we faced the possibility of running out within two days. It was decided that James and Emily would walk back along the road to base camp to collect more fuel and Craig and Cameron would explore the ice sheet to look for the safest routes to travel with the full team. They walked over the moraine mounds and onto the ice, crossing some streams before hitting the notorious pressure ridges. A time-lapse camera was also set up, drilled into the ice. James and Emily had successfully walked the return journey to base camp and from that evening there was plenty fuel to last the team until returning to base camp.

With the full team together again, we all headed out on to the ice sheet. Unlike Friday, Saturday was particularly sunny, meaning there was a significant increase in the melt coming from the ice. As a result of this, trekking was no longer as safe as it had been. Due to the instability of the ice and team members exhibiting early signs of snow blindness, we turned back to camp early for the day. There I filmed the team presenting different geographical features and processes in the area to be used in education resource packs on our return. 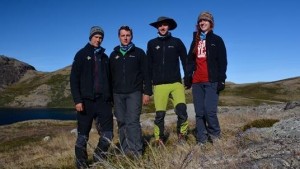 With all of our in-field objectives complete, we all headed back to our original base camp to check on all the cameras and film more using the drone. More days were spent exploring the surrounding area and trekking up the hills that looked over the ice cap before the time came to head back to Kangerlussuaq to catch a flight home. There was just enough time in town to interview locals to study the human impacts of climate change in the area before the day of our flight to Iceland came and we left Greenland.

The Greenland expedition will always be a big milestone in my life and the lives of the three others on it. It was when we all really learned how much can be achieved in a year with the correct guidance and support and also how valuable travelling can be both individually and to a wider audience. The learning process began as soon as we started organising the trip, looked for funding and attempted to organise the logistics of the expedition. It is clear that, in order to make an impact with an expedition, you do not need adventurous first ascents of remote peaks or to trek across a continent. All you need is a concise aim which will, in some way, connect with the public to bring light to an issue. While we set this expedition up with these big adventurous objectives in mind, what has now made the biggest impact is the subtle stories we can tell of how we discovered that the landscape and people of Greenland are being impacted by the changing climate. 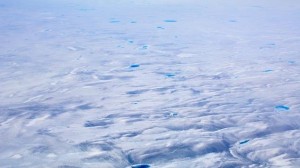 I still remember the first pieces of advice we received when asking past explorers how to organise an expedition to Greenland; we were told of how difficult the organisation is to get to such a remote area, how hard it is to raise funds to meet the budget of travel to such an expensive country and how long it will take to make arrangements in country. After returning from the expedition, I think we can all testify how accurate this advice was. However it was this challenge that allowed us to develop so much in the process of overcoming it. It is because that we were thrown so far out of our comfort zones that we were able to learn so much. We could not have overcome these challenges without the financial support of grant bodies. Being young, we didn’t have an insight into the wider world of expedition funding so, the support we received, such as that from the Young Explorers trust allowed us to achieve our goals.