I can’t quite believe I am back from the most amazing 6 week expedition organised through the Durham University Charities Kommittee (DUCK), volunteering within two beautiful but very different areas of South-East Asia! Project Orangutan, International Animal Rescue and Fuze Ecoteer focus on the conservation of both marine and rainforest wildlife, and I feel so lucky to have been a part of their incredible work! During the first part of the trip, our group stayed on the Perhentian islands off mainland Malaysia. Our aim here was to increase environmental and conservation awareness within the local community, whilst witnessing the marine wildlife first hand. 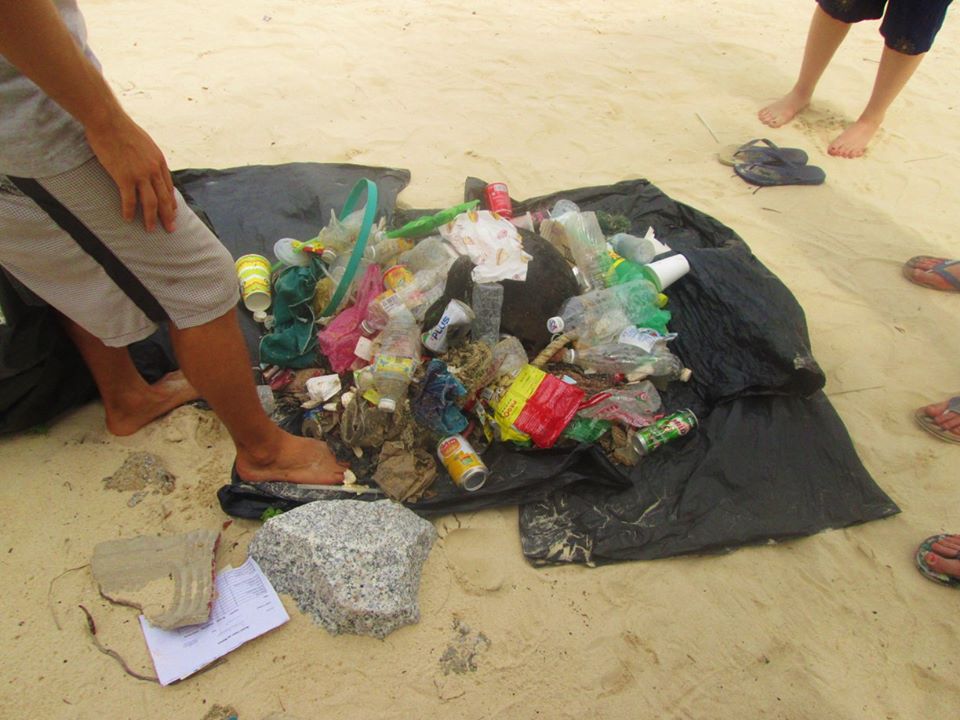 This involved many activities including beach clean-ups through which we were staggered at the sheer quantity of rubbish that the islands have to cope with. The local Blue Temple Conservation group regularly collect and classify rubbish into plastic, metal, cigarette butts and even diapers, and the data is used to create an impact survey of waste that is washed up on shore. 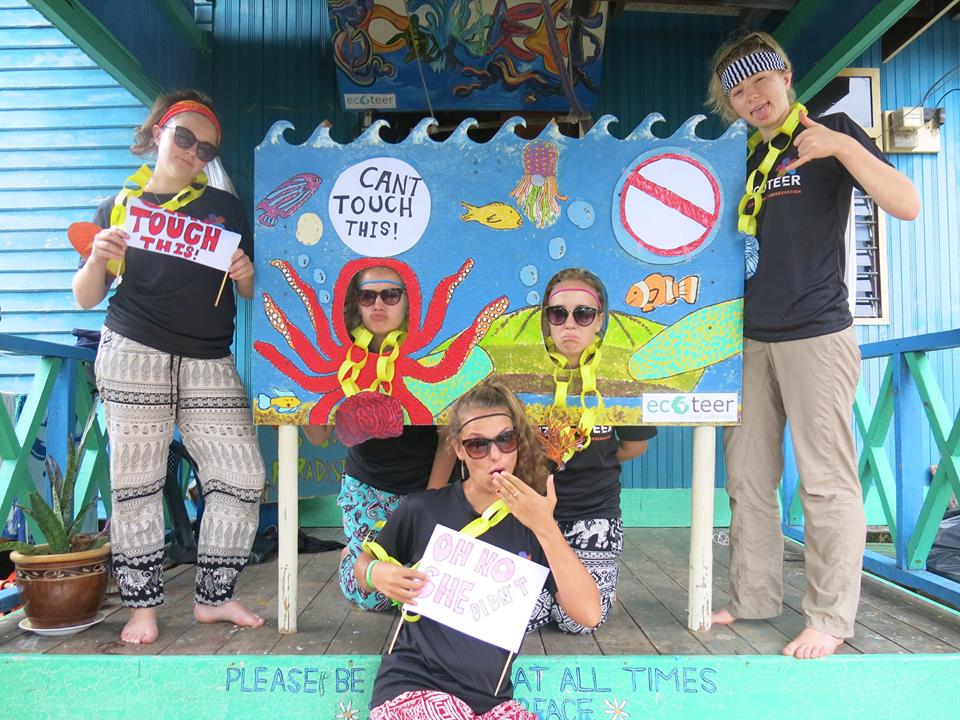 A still of the awareness video we filmed

Whilst working with the Ecoteer Perhentian Turtle Project, we also carried out daily Snorkel photo ID trips, during which left, right and dorsal pictures of the individual turtles are taken to be added to a turtle recognition database. In addition, we carried out night patrols, hoping to catch a glimpse of a nesting turtle in order to record and protect the eggs by relocating them to a nearby hatchery. I was one of the lucky few who got to witness this first had, albeit a little groggy eyed, with the turtle arriving on the beach at 1am and not leaving till 6am! Finally we were also able to create four public awareness videos regarding the rules and regulations that all visitors are asked to adhere to on the Perhentian Islands, as well as informing the local children about various aspect of marine life including coral and sharks. 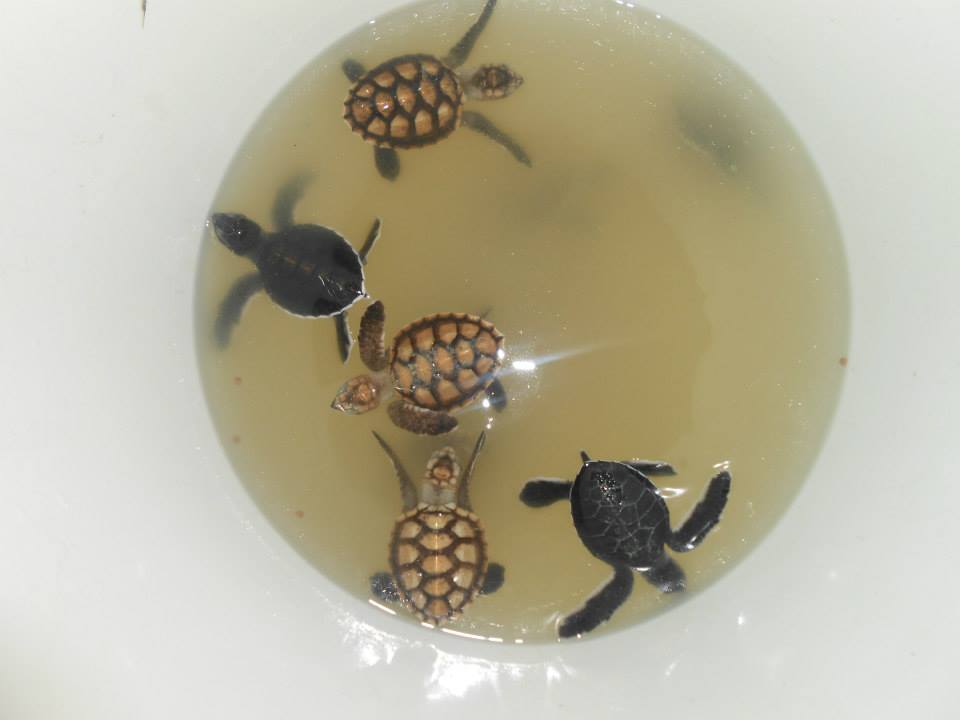 A few of the baby turtles almost ready to be released into the ocean!

We then flew to Borneo for the next leg of the journey in Matang, a wildlife sanctuary in Sarawak that accepts absolutely any animal that they are given! We spent a lot of time carrying out enrichment work for the animals, using newspapers, plastic bottles, leaves, string and egg trays to create puzzles from which the animals can get food out of whilst being entertained and mentally stimulated. It was incredible to watch the orangutans get their packages – some were more delicate than others but we were all shocked at how human-like they are! 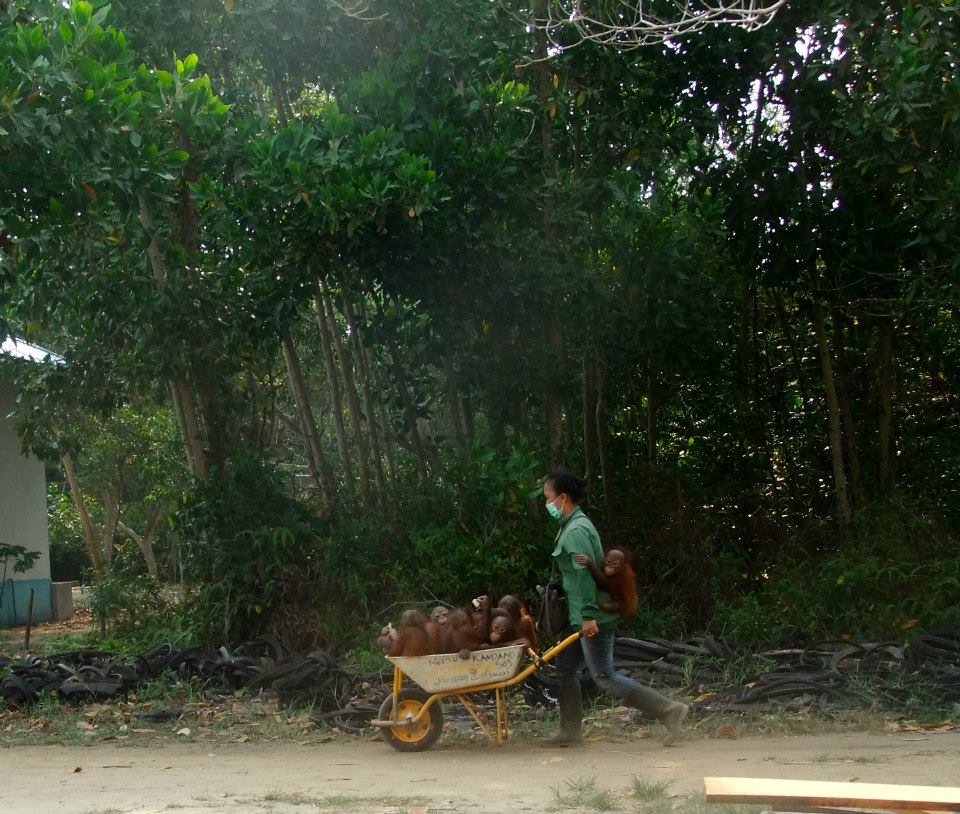 Baby orangutans on their way to bed after a long day of forest school!

We then headed out to Ketapang in Indonesia for the main part of the trip. It was an interesting journey consisting of a dodgy propeller plane and a 9 hour bus journey with blaring Indonesian dance music and lots of requests for photos from the locals, but we made it in the end! This part of the project involved helping out with a number of different projects: building a rainforest nursery for saplings that need shade to flourish; building bridges to the forest covered island that DUCK helped purchase in 2014, where the juvenile orang-utans can develop essential skills for living in the wild and escape their normal caged life; and creating farmland for food too be grown. We worked every day, 08:00 – 17:00 in 35 degree heat and needless to say by the end of each day we are all desperately in need of a shower, or a “mandi” in our case, a tub of cold water which you pour over yourself, more refreshing than you might think! 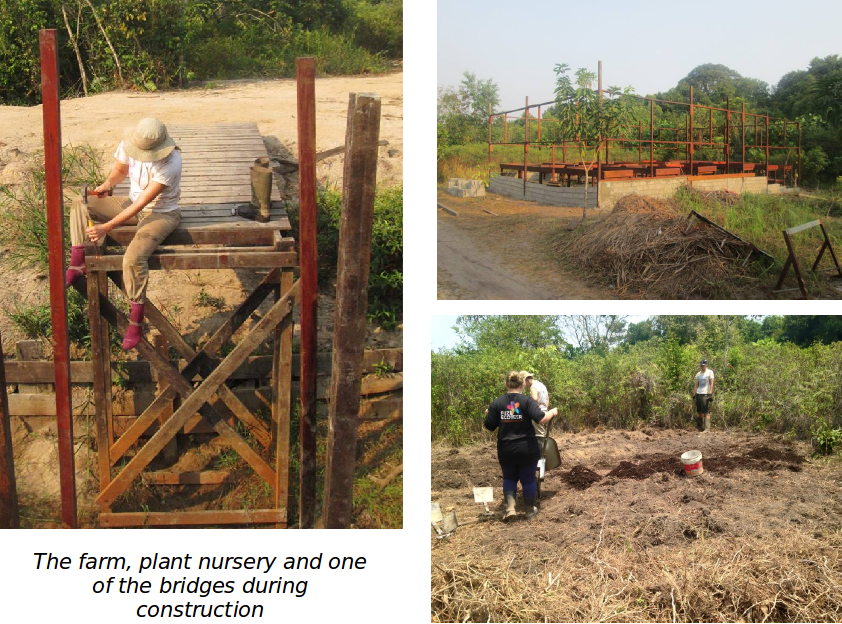 After 5 weeks of volunteering and travelling around Indonesia and Malaysia, we had some ‘down-time’ in Kota Kinabalu which inevitably involved us climbing the tallest mountain in Southeast Asia. Unfortunately we weren’t able to complete the full climb to the summit due to repair work, however at 3272.70m, our destination at Laban Rata was challenging enough!

The view from Laban Rata, near the top of Mt Kinabalu

I am so lucky to have been able to take part in a trip like this, it has taught me so much over 6 weeks, not only have I grown as a person, but it has also made me so much more aware of the increasing need for conservation. I’d like to thank the YET for awarding me grant money, and making the trip possible for me. It really has gone towards a great cause and is much appreciated. 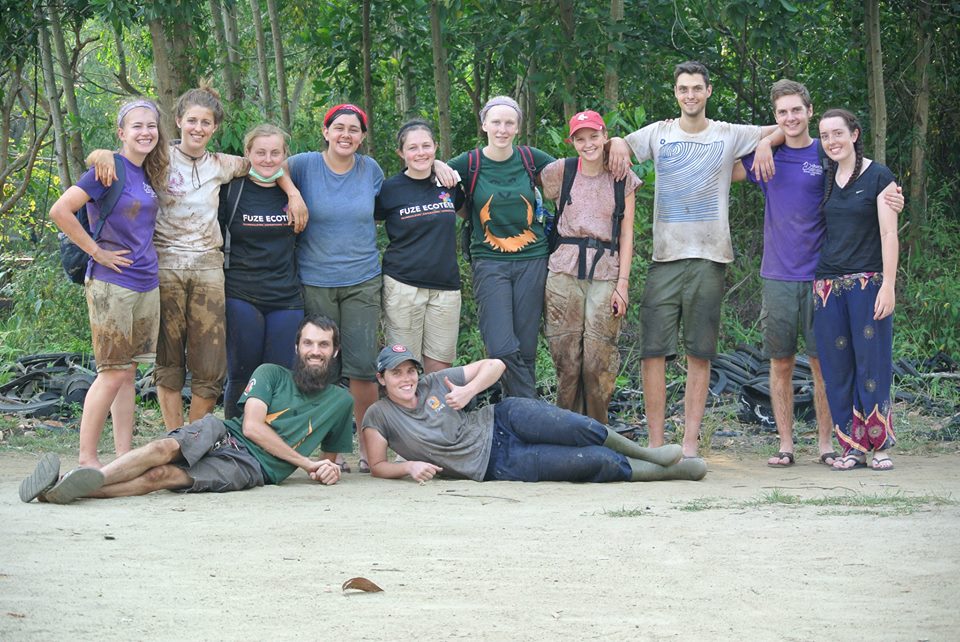 The team at the end of our last day on project