Report by Shirlyn Gathoni, recipient of a YET Award

Over the summer, I spent four weeks on an Arctic expedition in the East of coast of Greenland. The aim of the expedition was to climb uncharted mountains and conduct biodiversity fieldwork. We travelled in a Catalina (the only sea boat of its kind in the UK). 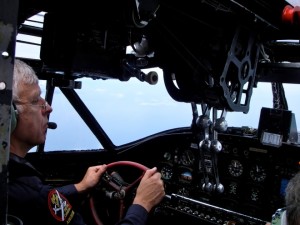 Our adventure started with a trip by a raft onto the plane at Loch Lomond! Emotions were certainly mixed! But one thing is for sure the raft definitely set the pace for the journey.
Off we went, no seatbelt signs, no food service and a group of 10 scattered across the plane to balance the weight.

All together the plane did three stops Stornoway, Iceland, then Greenland. Every time the plane took off and we were amongst the clouds we were introduced to the most incredible views through the window blisters. While we would sit in amazement admiring the great icebergs and the endless oceans. 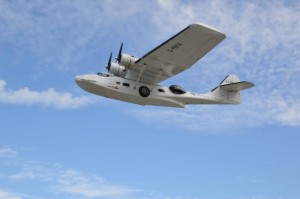 There was an engineer on the plane called Toby who was sort of an action man and was fundamental to the plane. Constantly he would be in touch with the pilot’s running back and forth checking the engines! If anything at all was at fault Toby would certainly know. All though in times of temperatures dropping to minus -7 he could only say “see I told you it gets cold”.

We became well acquainted with turbulence as the plane bounced up and down amongst the winds. But …The saving grace was always the spectacular views that would often leave us speechless. There was always apprehension when landing on water as our stomachs flipped with nerves and excitement but the journey was plane sailing as the “Cat Pack” the Catalina team would say!
And now we can say that we flew to Greenland in the last remaining world war sea plane in Great Britain. 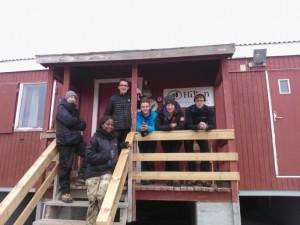 On arriving we stepped on land that had never been conquered by man which gave us a great sense of joy. 10 boat trips later we had shifted food and all our equipment from the plane to the base camp. Then the Catalina left us and the isolation was becoming slight scary as we realised that it will be a month before we will see the plane return.

Surprisingly my fears of living in the middle of nowhere were soon put to rest as we built a toilet, got used to the stoves and actually began to see the advantages of packet foods. No cleaning up later! My favourites within the meals was beef curry and chicken pesto pasta, even better we had dessert and of course we all loved the chocolate chip pudding. Home comforts soon became a distant memory especially when the team were squeezing into one tent and playing card games, or singing all night long. 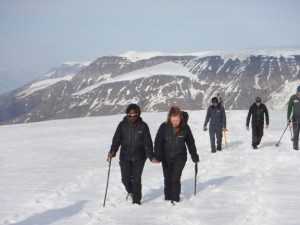 No contact with the outside world meant that we became a family and were always there to pick each other up. At night we would do “bear watch” (though a bear would have to be extremely lost to end up where we were) it was still important to keep an eye open. This was always the perfect moment to admire the sun that never set and reflect on the experience, the isolation was beginning to be oddly comforting.

While on base camp we did first aid with the Dr Tariq Quereshi from Oxford. This was a fantastic way to train us because we were always exposed to real dangers. This is where our head master Mr Gavin Horgan hit the nail on the head when he said that we young people should be able to take risks.On various days we would focus on concussion, shock, head injuries and much more. We all relished in the training as it made the team grow even closer. The best part is that we are now all qualified in wilderness medicine first aid! This was one of my favourite aspects as I wanted to gain an understanding of wilderness medicine. 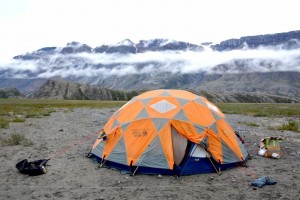 Our first walk was an 8 hour exploration of what we named Worksop glacier, the views were incredible! Endless ice going on for miles, time for us to use our crampons and after a few falls we had mastered it by the end of the day. The second accent was known to our mountaineer Neal Gwynne as the beast. This was by far the most difficult day for me and we walked for around 15 hours with a height of 1780m. I remember being 3 hours into the walk and feeling as though I was inadequate for such a mountain, but slowly but surely the top was in sight and we were overwhelmed with a sense of joy like no other and we named the mountain one Catalina Dome. I did it! Most importantly we all did it. Our next beast was no longer seen as a beast even though it was just as high and took around the same time. We were now getting used to our blisters and aches and the food was doing wonders with our recovery. We reached the top hand in hand and again celebrated by hugging and sharing laughter. Another beast conquered. 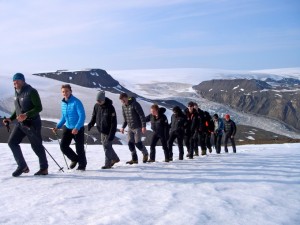 After the big mountains we did small hikes walking around 18km one day and climbing a small mountain which took around 7 hours. Once, the adventurous nature truly came alive when the mountaineers Neal and Alan Halewood decided that we would cross a waterfall that we stumbled across. Roped up and ready we did a Tyrolean traverse, this was amazing from start to finish! I surprised myself because I had trust in our leaders and did not shy away from this chance where normally I would sometimes let my fears override the opportunity. 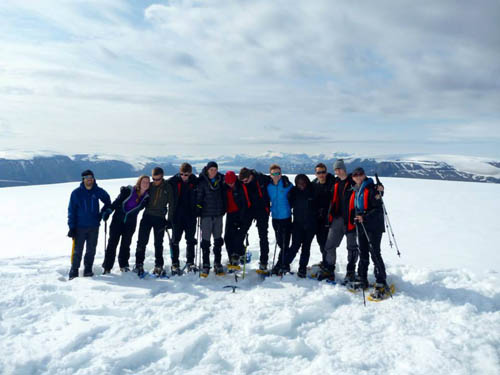 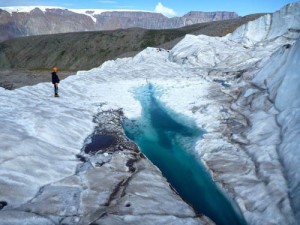 One month later and the plane was on its return we felt rather strange at the thought of returning back into civilisation once we had become so accustomed to living in the wilderness. The sound of the engines awoke the land and we knew it was the end of the most incredible experience. Fortunately the plane came bearing gifts of fruit and out mouths exploded with happiness at the taste of real food. From here on we went to Ice land Akureyri where we had our first shower and our first change of clothes after one month. We also had pizza and any food that was seen on our exploration around the town. After that we returned to Stornoway where the team including the pilots had our last meal together and shared all our memories from the experience. 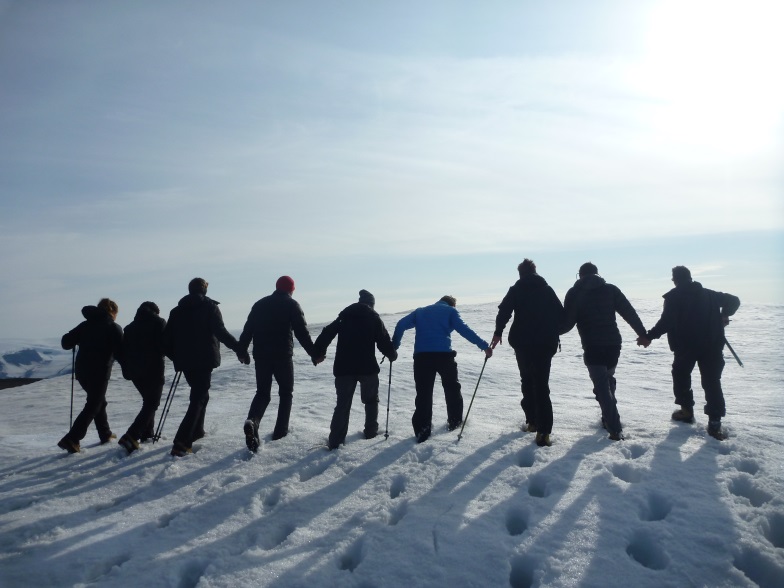 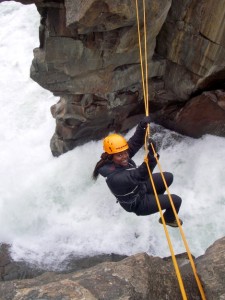 For me, I learnt more than ever that attitude is the key, because so long as my attitude was high the days would not seem as challenging. Also the best lesson was that pain is temporary despite the hours of struggle, we still shared laughter and we achieved our goals! There was no failure only success. I will be talking about Greenland to my children and their children because I am extremely blessed to have been part of this wonderful expedition. I have also discovered that I should always be pushing my comfort zone further because that is the only way I can grow as a character. Though I cannot convey the experience to its full extent I am left with unforgettable memories and an experience that has shaped me for life and I couldn’t be happier! It saddens me that this expedition is finished because it consumed my year with training, fundraising and shopping. Though If I was asked would I do it again, my answer would be a fixed “YES, a hundred times over”. 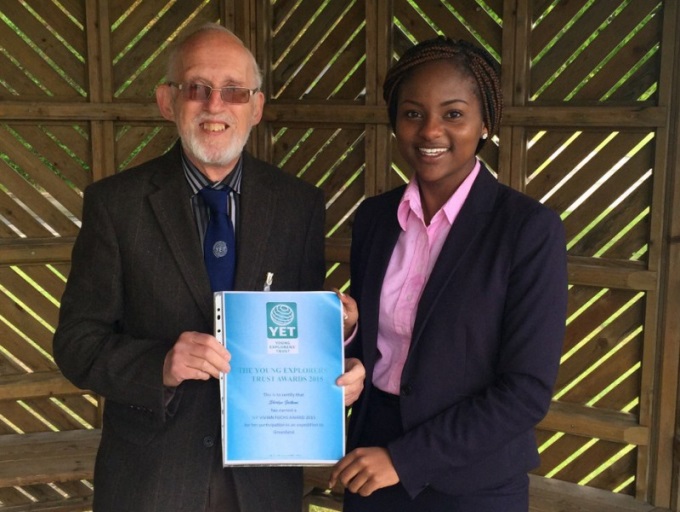