Report by Freya Hawken, recipient of a YET Award

Firstly I would like to express my gratitude to the Young Explorers’ Trust for making this trip possible, as it was a trip that forced me to overcome any anxieties I may have had about travelling by myself and made me a more confident person.

I started my trip at Gatwick Airport on Tuesday 5th September, where I then flew to Hong Kong and made a transfer to Chengdu. I spent the evening exploring Chengdu and met up with the rest of my panda volunteering group in the morning and was taken to the hostel that would be our base whilst volunteering at the panda centre. 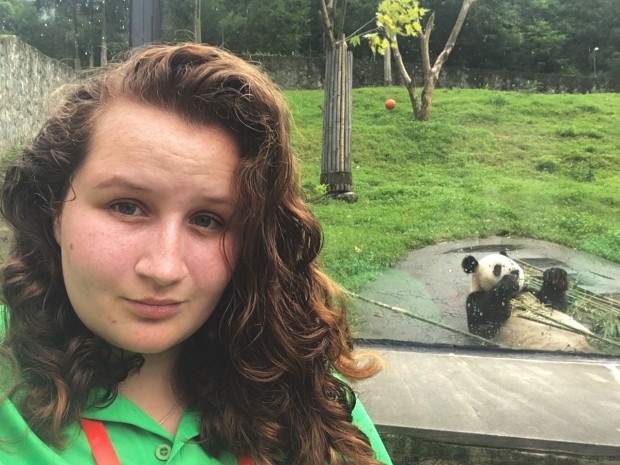 On the morning of the 8th, myself and the rest of our 6-man team went to the panda centre in Dijuan to begin our volunteering. Here, we spent our mornings cleaning the panda’s enclosures and cages and bringing in fresh bamboo. We were also fortunate enough to be able to hand feed the pandas every day after having completed our other tasks. The afternoon brought the same chores and later we were able to make ‘panda cakes’ which are made from a dough of soy, rice and oat flour along with eggs to bind the mixture together. These cakes are then baked and and fed to the pandas. For the next 3 days we followed this schedule of volunteering, along with becoming amateur photographers, as there were many photo opportunities, until we had to move on. 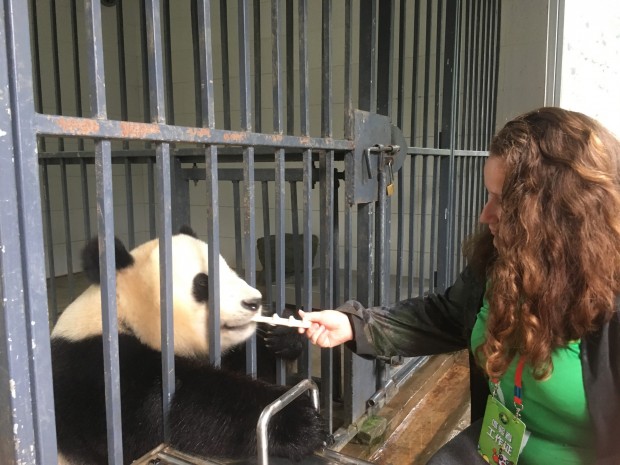 After having bid goodbye to the pandas, the group and I moved on to meet the rest of our tour, where we then numbered 21 in total. The whole group then boarded a night train in Chengdu in order to get to our next destination of Xi’an.

As we disembarked from the train at midday, the group and I explored Xi’an in the evening by touring the city walls and then going into the Muslim Quarter, where we had our first attempt at bartering. The next day we were taken to Lintong to see the Terracotta Warriors which was awe inspiring and then went out to explore the city at night in the evening. 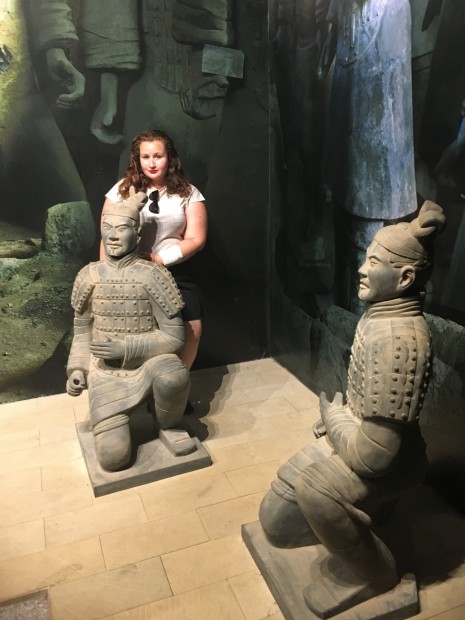 After having seen the majority of Xi’an, the group and I went on a bus to Shaolin which arrived in the mid afternoon. That evening we went to a Kung Fu Kids school, where less fortunate children are sent to learn Kung Fu skills along with Maths, Chinese and English. Once at the School, the group and I watched a performance by the children and then participated in a Kung Fu lesson. The next day we travelled to the original Shaolin Temple and explored its grounds, along with a hike to the Dharma Cave. We watched another Kung Fu performance by a different Kung Fu School which highlighted how the separate schools taught Kung Fu- with some kids being taught for performance pieces and others being taught to fight as stuntmen.

The next morning we departed for Beijing where we saw the Bird’s Nest and the surrounding Olympic Park, before making our way to a section of the Great wall. We then hiked for about an hour to the Great Wall , making it up to the wall just in time to see Sunset before we set up camp for the night. In the morning we woke up a few minutes before sunrise in order to take some more incredible pictures. Later we packed up our tents and hiked back down the mountain and went back to our hostel to shower before going into the centre of Beijing to see both Tienanmen Square and the Forbidden City, both of which were immense. On our last night, the whole group went to enjoy some Peking Duck at a restaurant as a farewell meal, which was fairly emotional after having spent the last two weeks together. In the morning, we all visited the Temple of Heaven, where the emperors would come to pray for a successful harvest, among the other needs of the Chinese people.

Overall, my trip was amazing and has made me into a more confident person, as I am now not worried about moving away for university as I have faced a larger challenge in going abroad with no useful language skills. I would like to once again thank the YET for giving me this opportunity as my part time job alone would not have been able to fund such a breathtaking trip.