Tom Seager in the Yukon

Report by Tom Seager, recipient of a YET Everest Award

I signed up for the British Exploring Society’s expedition to canoe in the Yukon way back in May 2016; after months of preparation, including medical forms, buying and testing kit, and a training weekend over the Easter Holidays in 2017, 24 July finally arrived, and with it the start of the expedition. Over fifty young explorers, plus many leaders, flew from Heathrow early on the Monday morning, arriving in Whitehorse, the capital of the Yukon, via Vancouver, in the early evening. The drive from the airport down to the school where we were staying for the next few days seemed to be lifted straight from a movie, with golden light from the early evening sun draping every surface – first impressions were certainly positive.

After a day of preparing and packing kit – filling barrels with sixteen days’ worth of food, checking tents and sorting our personal kit – our group of seven young explorers and three leaders drove out to the Teslin Lake. We spent an afternoon getting used to the water (although it took some of us much longer than a day to get to grips with controlling a canoe), and going over essential skills which would be needed in the wild, before setting off on our 370km journey down the Teslin Lake, Teslin River and Yukon River: a trip which would take us fifteen days to complete. 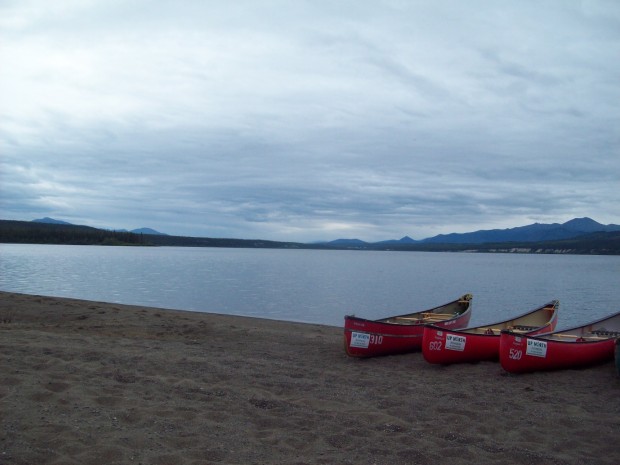 The first few days on the water were tough: the river was running slowly, meaning we had to put more effort into paddling, with as yet poorly defined technique (at least on my part), and we weren’t used to setting up and breaking camp at each site. However, we still found time to take in our surroundings, with incredible glacial valleys and tall mountains surrounding us on our flanks, and a veritable arc of wildlife to see. In our first few days, we saw eagles, hawks, beavers and moose on the banks of the river, whilst our River Leader Mark Downey caught river trout and pike, which we used to supplement our meals; as part of our scientific investigations we tallied the species of animal which we saw throughout the day, and kept a running tally which was relayed to our Science Leader Becca for her scientific write up of the expedition. 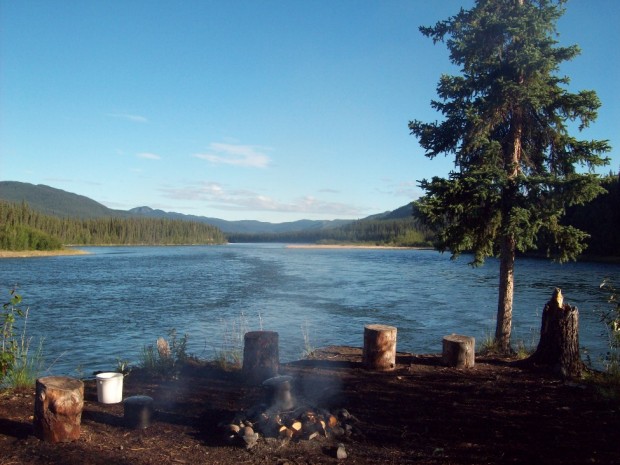 Slowly but surely we began to get used to expedition life. Putting up tents and digging the latrine became much more efficient, giving us more time for cooking, and admiring the scenery at each camp. We also undertook investigations into the life which could be found on the river bed, kicking up the mud on the fringes of the river and catching the insects which were dislodged in a net for identification. 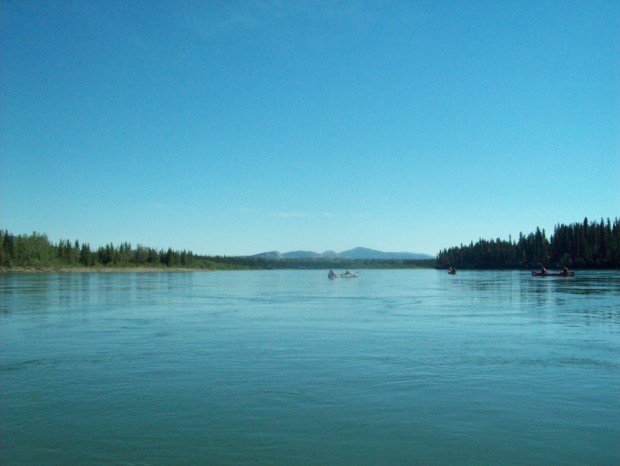 As a group, we took it in turns to undertake different roles around camp, and our leaders were very good at involving us in decision making processes: we each got to act as River Leader for half a day, calling the shots on the river about which parts of faster flow should be avoided, or when to stop for lunch, whilst we were given democratic allowance for a number of decisions like where to camp. Personally I feel this definitely helped my discussion abilities, as I had to make my own opinions clear and easy to understand.

As we got further down the river the flow picked up, meaning we needed to spend less time on the river to travel similar distances. This allowed us to spend time chilling in camp, or investigating our personal development through one-on-ones with the leaders, or by completing BE’s personal development compasses. Although I went out to the Yukon with some camping and bush craft experience, I felt this definitely advanced and improved in my time there. I was inspired by both my leaders and the environment I was in to attempt to gain more exposure to expeditions in the future in different parts of the world.

On our rest day towards the end of the trip, we carried out a survey of the island we were staying on. This included measurements of its size, identifying species we saw there, and assessing the impact humans had made on this near untouched environment, which was certainly eye-opening; at many of the sites we found litter left by previous occupants, which we collected and took with us, helping in some way to reduce the environmental impact people had on the river. 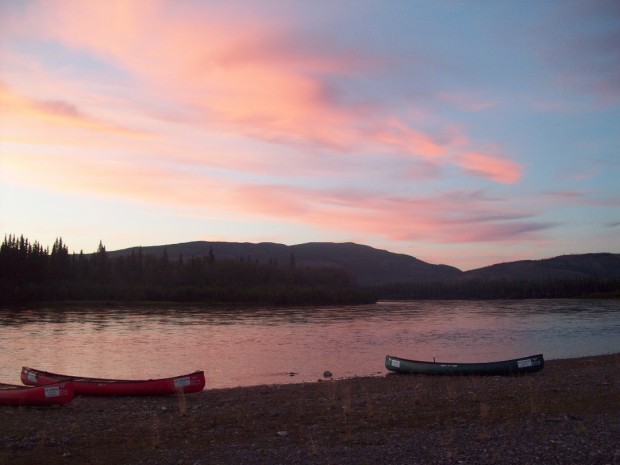 On 10 August we arrived at Carmacks, marking the end of our time on the river. The next few days were spent sorting kit for storage in Whitehorse for next year’s expedition to the Yukon: BE have signed an initial three year deal to the Yukon, which could potentially be extended to five. We left with some of the other groups of young explorers on 12 August, arriving back in the UK by mid-afternoon on 13 August, concluding an incredible and potentially life-changing experience.

Personally, I was inspired by the time I spent in the Yukon. Being completely self-sufficient for an extended period of time, and having to help set up and run a successful camp, including the physical exertion of loading and unloading barrels from boats, putting up tents and simply boiling or filtering water before use, was a steep learning curve, which I feel I have benefited from. My experience has convinced me that I want to spend time on similar expeditions, and I now aim to participate in BE’s Trainee Leader programme, where I’ll have an important role in the administration and running of a BE expedition. I’ve also further realised the need to preserve natural environments like the Yukon, before they are changed beyond repair by human impacts. The maturity and skills I have gained, along with the experiences and landscapes I have seen, will stay with me for a lifetime.