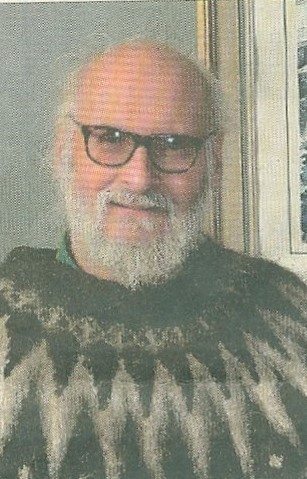 Dick became an authority on all things Icelandic, though he never learned to speak the language

I first met Dick in Iceland in 1964 when I was a leader on a Derbyshire Schools’ Expedition to Mérdalsjökull, a glacier in the south of the country.  A south Londoner who had been involved in the tour guide industry, he had been living In Iceland for some four years by then, with the idea of arranging walking tours in this spectacular country, little known at the time. He converted a farmhouse into a hostel and his tours always had that expedition feel with the unexpected always liable to happen. They were very popular but were only one side of his Icelandic life.  He also was so willing to help youth groups from the UK looking to Iceland as an expedition venue. Over the next twenty years or so, Iceland was by far the most popular area for UK youth expeditions and many of those relied on Dick to help organise the logistics of the venture. But he was far more than this, a logistics man. His encyclopaedic knowledge of Iceland, its landscape, culture and folk lore added much to the experience of the youngsters. He was always willing to go the extra mile to help. When the YET was formed in the 1970’s it soon established an Iceland Unit as a reaction to the concern Iceland had about the growing number of youth expeditions. This enabled expeditions to be allocated to different areas and undertake scientific fieldwork of use to the Icelanders. An important initiative was the North Iceland Glacier Inventory, Adopt a Glacier scheme, where school groups surveyed many of the glaciers in the north, thereby creating a data base at the time and still very useful today. Dick was involved with this behind the scenes, offering advice where needed. He was a fundamental part of the YET Iceland PINGS – annual conference for youth groups going to Iceland which ran for twenty-five years.  Over the years I valued Dick’s encouragement, advice and organisation in some six expeditions from school or family. Without him I am certain the experience would have been lessened greatly and many other leaders shared this view.

Dick lived in Iceland during the summer months but bought a cottage above Nenthead in Upper Weardale for the winter. I well remember visiting him once when conditions were very Icelandic indeed with horizontal rain driven by a strong gale battering the walls of his cottage. To enter was to visit an Aladdin’s Cave – and one where he alone knew where the sought treasures resided among the storage boxes that took up virtually all the floor space on both floors. But this made him happy and living there enabled him to play a full role in the local community. He was the longest ever serving member of the Alston Moor Council (1983-2018), actively involved with the Nenthead Mines Group, the Haggs Bank Stewardship Group, local cycling organisations, the Mountain Bothies Association (a founder member and a driving force behind the establishment and maintenance of Greg’s Hut on the flanks of Cross Fell, the highest summit in the Pennines), editor of the local Alston newsletter and an active member of the Eden and South Lakes Credit Union. Until recently he could be seen cycling along the three miles from Nenthead to Alston, adorned in one of his Icelandic sweaters; but latterly ill-heath forced him into one of the ropiest-ever 4WDs ever seen in the locality for Dick was never one to be concerned about outward appearance!

Dick was an original who blurred the boundaries between business and service, making a living but also helping freely so many people, adventurous youngsters and leaders, the local community and countless others. He helped me as a rookie expedition leader way back in 1964, beyond the call of duty and for many years afterwards. I owe him a lot for helping establish me as an expedition leader and organiser. Like so many others I really enjoyed his friendship, his advice and his wonderful personality.

He lived and breathed Iceland, always seen wearing one of his many Icelandic sweaters. He wore one at his funeral at Nenthead Cemetery, one of the most scenic in the country with sweeping views of the Northern Pennines.  YET was represented by two Past Chairmen, Ted Grey and Maurice Dybeck, and Past Treasurer Brian Needham. Later we raised the odd glass of Brennevin to his memory (but forwent the rotting shark meat)!