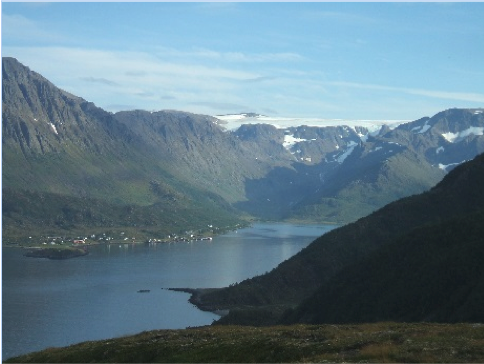 THIS year I went on a 3 week expedition to Finnmark (Arctic Norway) with the British Exploring Society: a charity aimed at youth personal development in an expedition environment, whilst undertaking scientific research.

Of the 3 week young explorers, there were 2 fires (teams) each of about 12 individuals, including leaders and trainee leaders. All of the young explorers left Gatwick airport on 13th July, excited as we flew to Oslo airport, before flying to Alta. Proceeding to our destination, the Oksfjordjokelen valley, by coach, a quick ferry and another coach, we stopped on the way at a Museum in Alta, to look at some of the famous ancient Sami paintings, which were really interesting.

We arrived at base camp in the Oksfjordjokelen valley in the evening of 24th July, and our first thoughts were of the warm sun on our backs, the plague of mosquitoes there, and what we would be doing. The base camp valley was a spectacular example of previous glaciation, though with the sun shining and flora blossoming, it was hard to believe we were in the Arctic.

After setting up tents and having tea, we were all off to bed, having been tired out from the travelling and our own excitement. We ferried supplies up from the road-head to base camp the next day, before moving on to mountain camp, further up the valley, to begin our training for the forthcom 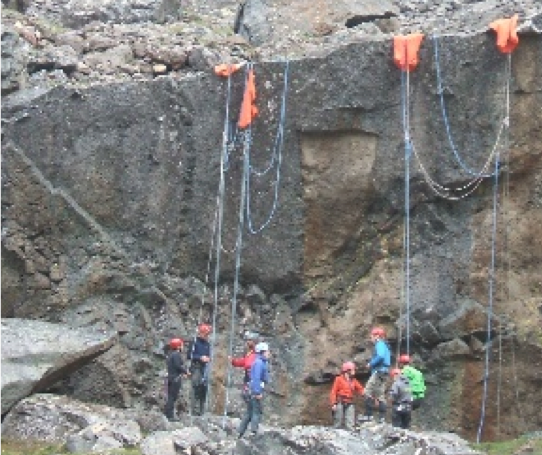 ing exploration of the glacier at the top of the Oksfjordjokelen valley. We learnt how to prussic out of a crevasse, belay partners, ice axe arrest, use crampons and carry out team crevasse rescue strategies.

Although we had seen reindeer down in the villages on the way to base camp, at mountain camp we saw our first evidence of wildlife in the valley (apart from animal scat): a colony of Arctic terns, which I spent a relaxing evening watching. Also at mountain camp there was a beautiful turquoise lake, its colour known as glacial flower, and gigantic boulders which had been deposited in previous glacial retreat. This, together with a view of the whole valley, demonstrated the incomprehensible size of the glacier once, and how much it had shrunk; thoughts which I grappled with for the rest of the trip.

Also throughout our first week we did some bush craft and prepared for going up onto the ice cap, experiencing a complete change in environment from the blossoming, base camp valley. However, in the evening of the 30th July, we learned that ice camp, at the top of the glacier where we were planning to camp before several days of exploring the ice cap, was unreachable: due to the glorious weather we had been having, snow bridges covering deep crevasses into the glacier had melted so our route had become impassable. Luckily, we were still able to go partway up the glacier, roped together with a fixed line, to experience glacial travel, which everyone enjoyed.

After a couple of days back at base camp, and experiencing the strongest winds I have ever seen, we quickly learnt the importance of pinning down tents with large boulders, after some blew away and many collapsed. As an alternative to going on the ice cap, we spent several days exploring a peninsula. We undertook 24hours solitude, bivouacking by a corrie lake, and went ridge walking around the valley, in the presence of the most amazing views I have ever seen.

After returning to base camp we tried to get up to the ice cap by another glacier in a neighbouring valley, but unfortunately, it was also too dangerous at the top to cross, although another, different glacial experience was a good way to draw an end to a great trip.

Overall, everyone enjoyed the trip, and for me, the experience broadened my personal opinions of the Arctic, personalising some of the huge environmental issues today, being able to see them in action and their impacts, including global warming, linking glacial retreat and the effect of rising carbon dioxide levels on marine life. This has inspired me to help raise awareness on these issues, so that people like me can go to the Arctic and other wilderness environments and still enjoy them as they are.