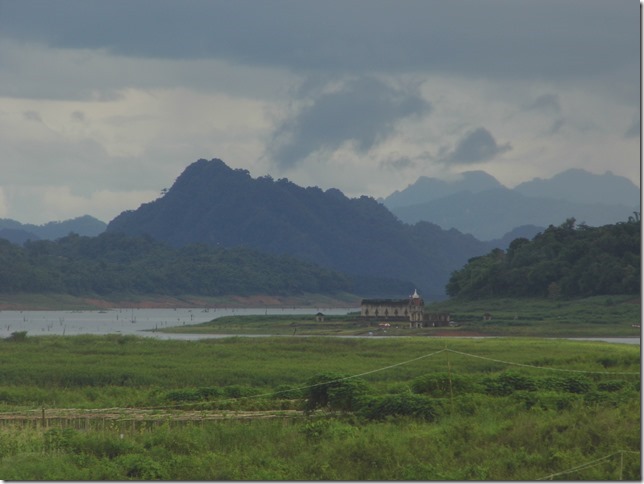 Report by Freddie Cooper
Recipient of the Vivian Fuchs Award

I am writing this report not only as the recipient of the YET grant, but also on behalf of the other students who took part in the Newark Academy expedition to Thailand to hopefully convey both the group’s experiences and development and my own.

The main aim of the expedition was to complete a voluntary project in a rural village but running alongside this was personal development of each student through having to manage the group funds received on the way out, organising accommodation and transport ourselves and ensuring everyone in the group was comfortable at a basic level and furthermore enjoying themselves.

This began even before landing as the relation of the airport in Bangkok to our first night’s accommodation had to be worked out and with that a rough transportation cost estimated along with times. Already many were doing things they hadn’t needed to do before and combined with the shock of the heat and humidity of Bangkok after landing made for a slower than expected start, especially when trying to find local facilities in the confusing but exciting streets of Bangkok.

Next we moved onto the trekking phase which due to the nature of the rest of the expedition actually resulted in day treks being arranged from our base in Kanchanaburi. This included the ‘hellfire pass’ section of the Burma-Thailand railway line constructed by the Japanese during world war two. It was this that was one of the most educating experiences of the expedition, a place where war and geography collided and resulted in some of the most horrific conditions for POWs of the war imaginable. It was place where audio guides and books became unnecessary as the laboriously hand cut rock face and eerie stillness of the place said all it needed to. In addition to this was a day trek to Erawan national park and walks around the Kanchanaburi area itself.

Then we came to the project phase which was based in the small town of Sangkhlaburi, a town that is mostly made of Burmese refugees and other displaced ethnic groups who find themselves unable to leave as the Thai government places strict controls on movement on routes in and out of the town. As a result this makes it quite a diverse and interesting town to stop in, with an even more interesting array of culture and food than Thailand already enjoys. The actual site of the project took place in an even smaller village about 10 minutes away by truck and so we commuted daily from the project site. The task we were set was to paint the dining area of the school which apart from the dining area had just a single classroom. We managed this in an impressive time turning the dining area from plain concrete to a clean looking white and managing to decorate the inside with basic numbers colours and also painting the wooden benches and tables used to eat from. Because we completed this quicker than expected we also managed additional tasks including painting the outside of the school building and cleaning their play area which over time had become slippery due to slime and therefore dangerous when playing on. Throughout this a number in the group spent time engaging with the mostly nursery age children through play but also learning. It also helped with accustoming the children to western people as tourism is set to be the best route for development of the village when the border with Burma opens later this year.

Through this expedition I have developed as an individual through experiencing and responding to a culture completely different to my own and through us as students having to manage the course of the expedition ourselves. I have discovered leadership skills I didn’t know I had and have become more self sufficient and more open minded and the same could be said for others in the group. I would like to thank the YET for the grant and contributing to this incredible experience.