Report by George Hill
Recipient of the Jim Bishop Award

My first thoughts about going to Uganda was that there was going to be overwhelming heat and a lot of poverty. When we arrived we drove from the airport to John’s in Kampala which took about an hour. It was night and I thought Uganda wasn’t going to be as bad as I had expected.

The point of the trip was to make a difference to the people we saw and to give us a different view on the world. 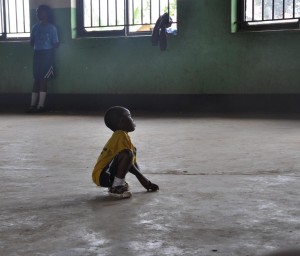 We went to the John Mercy Learning Centre and ran activities with the kids like sports, art, Lego and mind mapping. The school was different as the classrooms were dusty and open and the computers were very old. I found that it was quite hard to get used to it at first because it was so different to home but I settled in after a few days.

We went to a camp site in Queen Elizabeth National Park for a few days and were joined by 20 kids from the class P7 from the John Mercy Learning Centre and five teachers. It was really fun. When the children arrived we had loads of party games and really got to know them. I became friends with a girl who was 11 and when everyone shared loom bands we swapped ours. They went a salt lake and to the National Park which they had been studying. None of the kids or adults had ever done anything like that before and they all seemed very happy to be there. 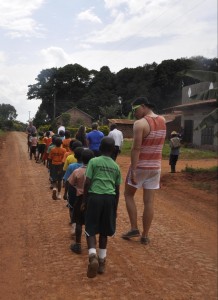 We went on a safari and saw some elephants, buffalo, hippos, lions, crocodiles, gazelles and bald eagles. Tim’s car got chased by an elephant which must have been really funny but we were in the other car and missed it. I had a really great time on the safari. The part that was the most fun was hanging out of the top of the van with my friends and it was awesome seeing the animals.

We went back to John’s and spent about a week digging a huge hole for a bio digester and building a tube house which was meant for a child-led family. It was very hot working. There was no machinery so everything had to be done by hand and with shovels. We even had to make the bricks. Everyone worked really hard and a lot of progress was made. 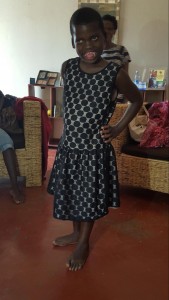 The bit that had the most profound effect on me though was the disabled children. We took them new clothes and took them with their mums to a swimming pool. It blew me away what conditions the kids and some of the parents live in. One of the kids with cerebral palsy was so skinny it looked like she had nothing to eat and she was just skin and bone. There were stories of mums being blamed for the child’s disability and some stories were emotional and tragic.

Another child was really inspiring. She was swimming and shivering and her lips were going blue but she refused to get out because she was so determined to learn how to swim even though she could barely speak English. All this really broke my heart and opened out my mind about how they have so little but can be so happy over what we think are the tiniest things.

Next year I would like to return as I want to work with the adults as well to help them because they need it too as some of them are living in very poor conditions. I feel that this has opened a door of opportunity for me to keep making differences to the people’s lives in Uganda. I would like to do more work with the handicapped children to find out what help they need and what I could do.

Throughout the Uganda trip I felt like I was changing and developing as an individual. For me I have found this trip to be more of a journey. I feel that I have gained wisdom because I feel that some lessons in life give you wisdom, and the wisdom I have gained from this trip is to appreciate the little things, never take anything I have for granted and to remember that I have the privilege to choose whether I want to make a difference to the lives of less fortunate people no matter which country they are in. 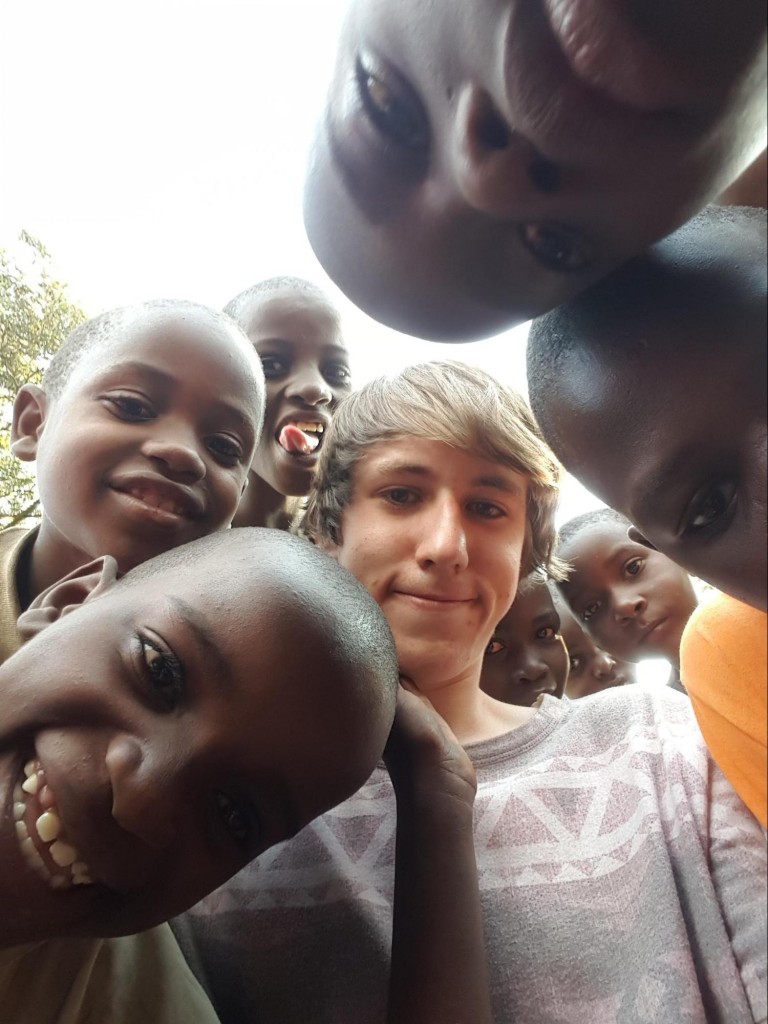 Me with the kids

This is a link to the school with more information about our trip: http://www.stdavidscollege.co.uk/news/uganda-review-15