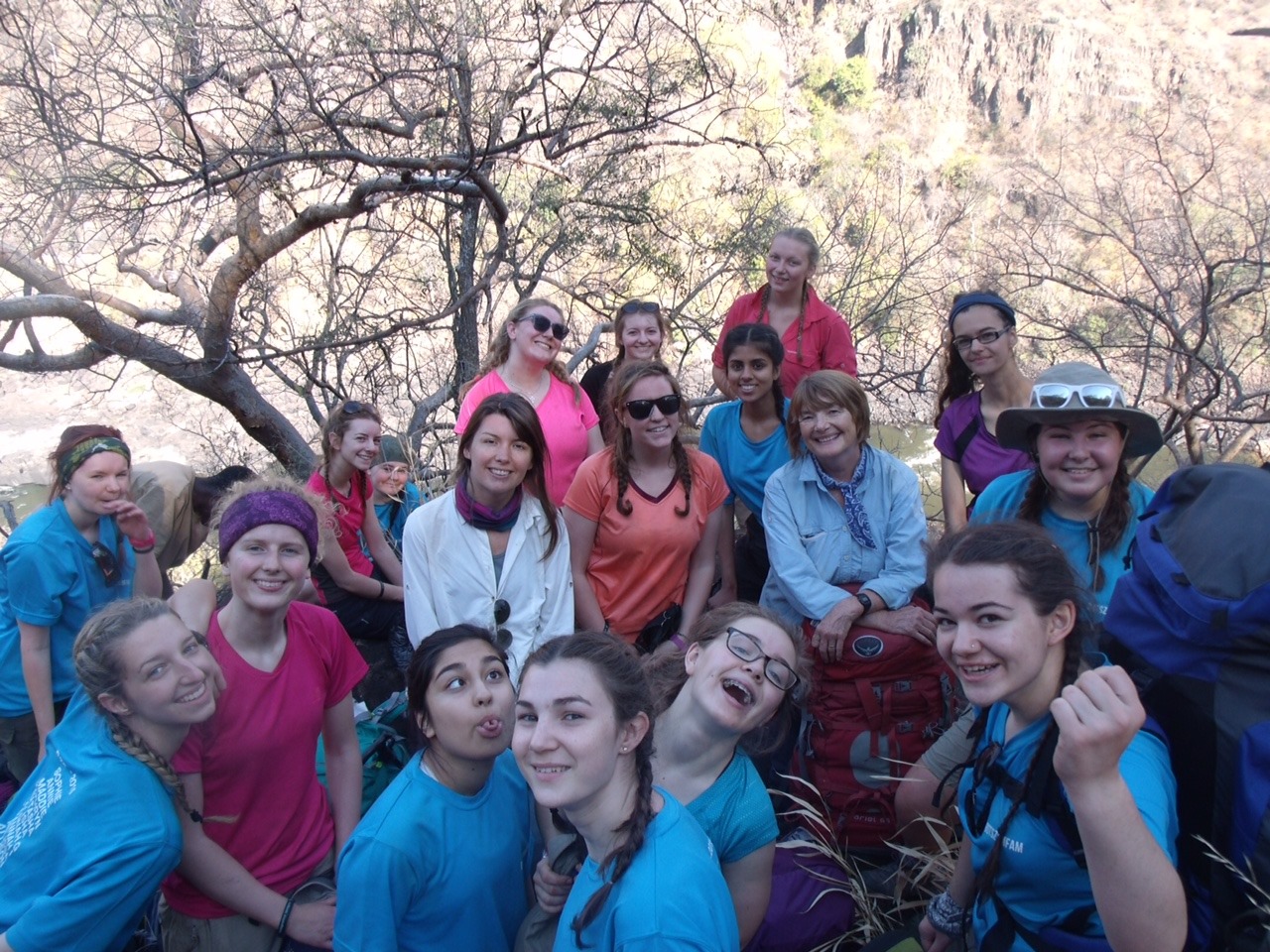 Report by Fern O’Shaughnessy
Recipient of a YET Award

My three weeks in Zambia, in short, were some of the best three weeks in my life. So far, mind, as it has now inspired me to travel to other far-off corners of the world that have previously only been seen on TV, with nothing but a backpack and a vague knowledge of what I will be doing for however long.

We arrived in Livingstone on the 11th of July, bleary-eyed and tired, having just gotten off of a two hour flight from South Africa, where we’d had to run through the airport in order to make the flight. It had, needless to say, started our expedition off with some excitement. Barely able to lift our bags far enough to get them into the minibus that had come to pick us up; we staggered off to our first stop.

Jolly Boys was a local backpacker’s haven. It was barely fifteen minutes from the airport, and was, compared to the aeroplane, heaven. The power went out for five hours every day, and if you wanted a shower you had to be prepared to either burn your skin off or freeze- no in between. Despite its quirky flaws (which applied to all of Zambia, anyway), Jolly Boys was a small piece of luxury and would become known as our ‘home away from home’. We remained there for two days to get a feel for the country before leaving for the start of the trek- phase one.

The truck we rode on was open top, and there were no windows or seatbelts. The sides felt like they were going to fall down at every turn, and everyone spent parts of the journey clinging onto the sides for our lives. It was the most exciting thing so far- apart from, of course, the fact that there were actual, real life Pringles in the supermarket. 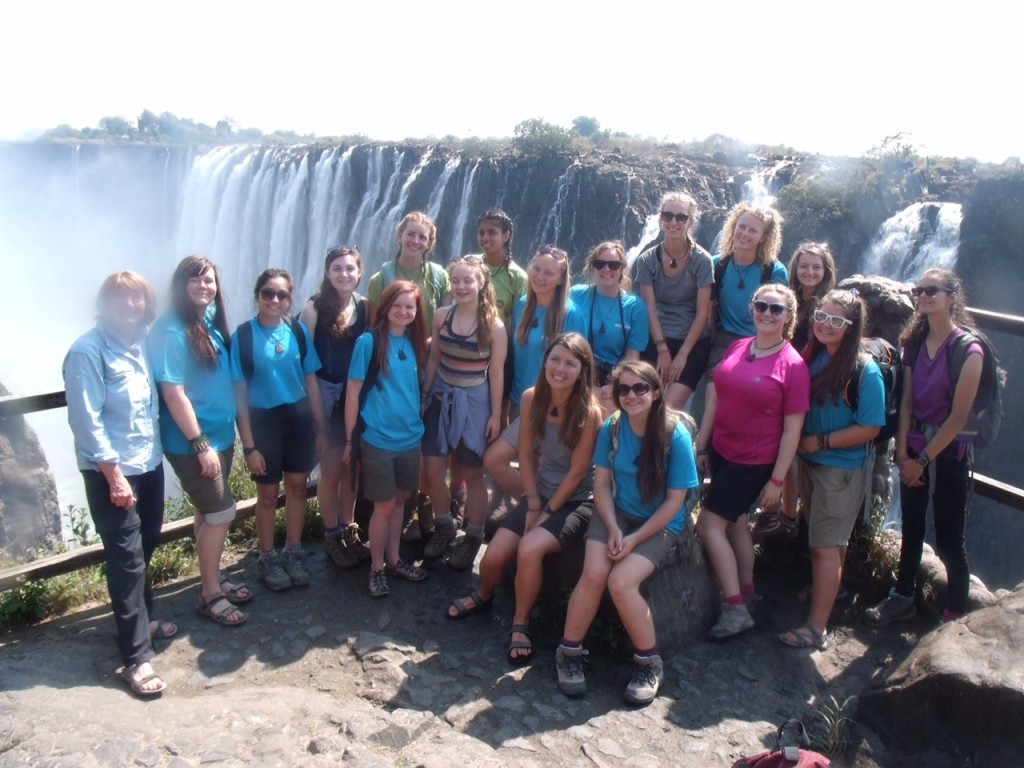 The trek was, without a doubt, one of the hardest things I have ever had to do in my life. “Challenging” the booklet had promised, and challenging it was. I would go as far to say, even, that challenging was an understatement, and a big one at that. The first day, we made our way into Batoka Gorge, our rucksacks and walking poles making us look like a long train of colourful ants climbing our way down the rock-face. That was fun, and we all sighed a huge sigh of relief, thinking that this four day trek wasn’t going to be as hard as we had expected.

Our spirits were quickly dampened. The second we got to the bottom, we were faced with boulders. Not small ones, huge ones that we had to climb. By hour five, we’d barely walked (I say walked, we were scrambling over boulders with sore feet and a huge rucksack) four kilometres and were definitely starting to feel the emotional exhaustion we’d been warned about. We persevered, however, and made it to the first camp in just over six hours.

We had left our tents at the top of the gorge at the recommendation of our leader, and would be sleeping under the stars for the next three nights. Being completely honest, as torturous as I found the trek (and I don’t like walking on a good day), I would do the trek a thousand times over just to look at those stars again. There are not words to describe how quickly the African sky gets dark, filling with stars even quicker. They covered every spot of black with a spark of light. I saw seven shooting stars that night- coincidentally, my first seven- and every single one of them made me not want to close my eyes just that much more. We didn’t sleep until the early hours of the morning, too preoccupied with the moonless sky to care.

The next day, we were given the option of walking for eleven hours over boulders, or climb up the side of the gorge, across the top, and then back down the other side. We chose the latter option, and began our ascent up the “cliff” as we had unlovingly dubbed it. The climb wasn’t easy, and the sides were sheer. Grass, apparently, does not hold both the weight of myself and my rucksack. The day progressed much quicker than the previous, and we (quite wisely, in my opinion) chose to do the same the next day. 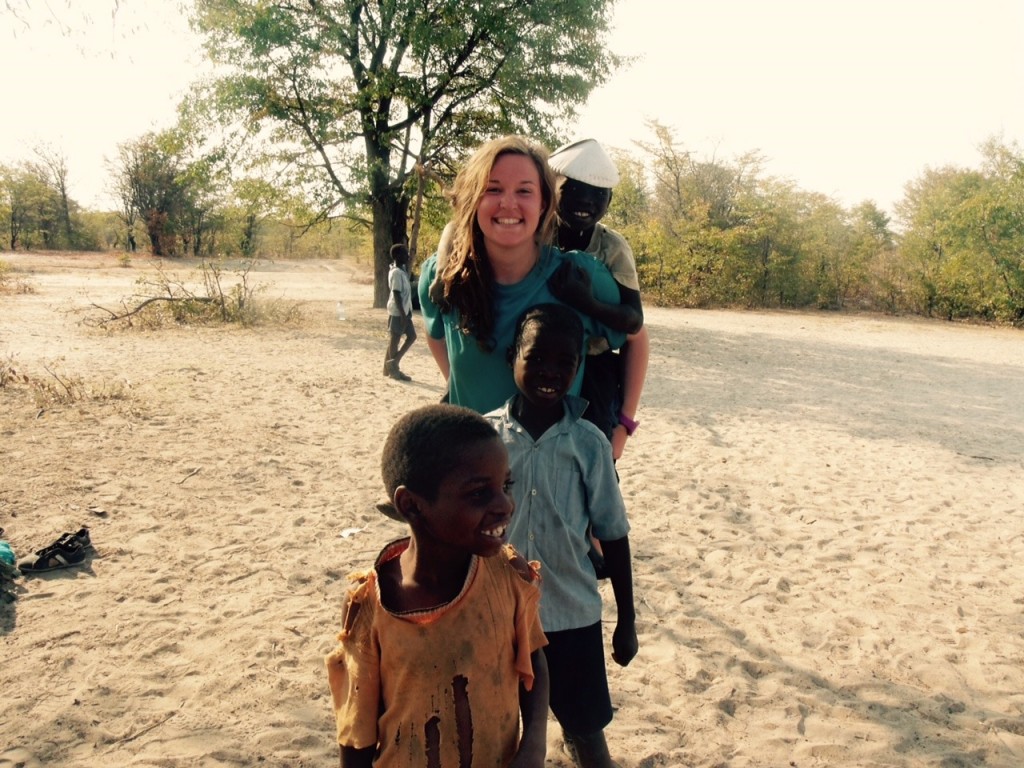 After a bath in the Zambezi, we went to bed feeling calm. The third day went pretty much the same as the second, and we made it to the camp in time for lunch, walking for just over six hours. The fourth, and final day, we had to get up at four am in order to leave at six. That part was not enjoyable, and neither was being told that the so-called “half-day” would actually take us eight hours to complete. With the shrieks of the local baboons echoing in our ears and the sun rising behind us, we steadily began our walk. As it turns out, the guides had grossly miscalculated the length of time, and we made it to the lodge in just under five hours.

That night, back at Jolly Boys, we celebrated the end of our trek- the part we’d all been dreading- by going out for a pizza at ‘Olga’s’. We all ate far too much, but everyone returned to the tents with a huge smile on their faces.

The next day, we made our way to the border, where we crossed into Botswana- somehow managing to crash the Safari truck before we’d even made it through passport control- and made our way to Chobi National Park. We saw a multitude of animals on our two safari trips, but I won’t bore you with the names of them all. The most impressive, of course, was a family of lions, and then, the next day, a black-maned lion (this made the news of Cecil’s death seem that much worse). My favourite, however, were the elephants. There are 50,000 in the park, but every single one we saw somehow managed to awe us all into silence. Especially the babies, and their desperate attempts to reach a leaf.

The next phase was both my favourite and, in some ways, the hardest. We would be building bricks for the Mulemi community school, an hour or so out of Livingstone. The school caters for five or six villages, whose children cannot walk the five or eight kilometres to the nearest two government schools. The first day we were there, I was lucky enough to be able to teach the preschool children. As they were not yet in second grade (in Zambia, children are taught in their mother tongue until they are in second grade, when they are taught in English), we had no way of communicating with them. Myself and the other girl with me sung to them, and interacted as best we could, and the children clearly loved it. We were swamped from the moment we got there to the moment we left, some children even making the effort to run after us. There are few things in life that have the ability to properly touch our hearts, and I can say that that was one of them. 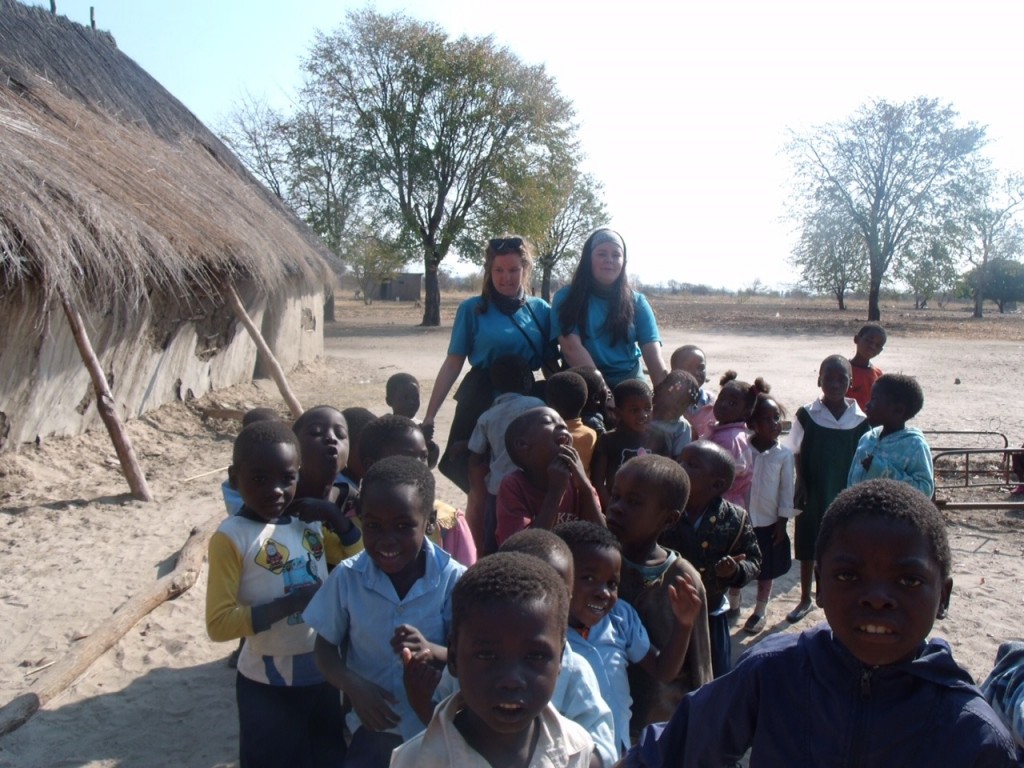 Every time we switch on the TVs and see the stories of the poor children in Africa, we’re seeing the sickness and the poverty, by western standards. We build stereotypes that don’t take into account the genuine happiness and pleasure these people take in their lives. They may not have much, but they have a lot more than many people in western societies.

We made over 260 bricks whilst we were there, meaning the school can start work on the second school building. It was an incredible experience, and one I am forever grateful that I got to have the pleasure of having. It was a sad goodbye when we left the project, matching necklaces from one of the locals around our necks, waving goodbye to the people we had become particularly close with.

We made our way back to Jolly Boys, where we would stay two nights, before flying home. The final part of our trip was a visit to Victoria falls. It met everybody’s expectations and was absolutely stunning. The water was beautiful and reduced our normally loud group to silence. We took our final group pictures under the spray, and generally spent the day relaxing. The day after, we flew home.

If you’d asked me before the trip what I was most looking forward to, the answer would, without a doubt, be the safari. Having been, I can say, also without a doubt, the project. The children and their families, everyone who spoke to us, was kind and they welcomed us with open arms into their community. It was a trip I would repeat in a heartbeat, and would say that if anyone gets the chance to do a trip like mine, whether it’s through a company or by yourself, take it. 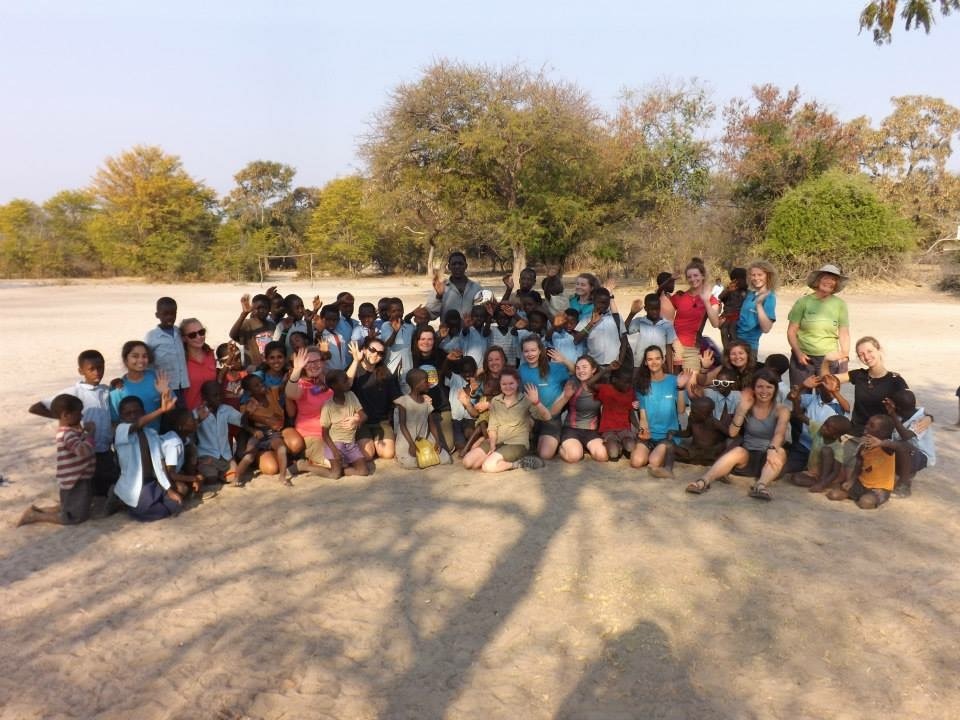