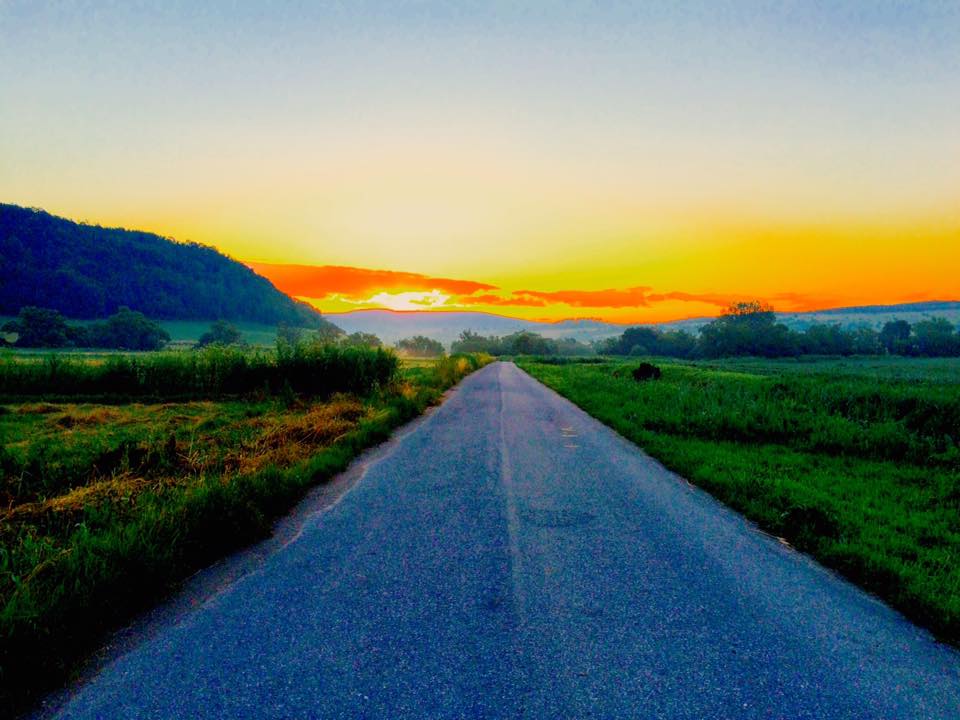 Report by Alex Westin-Hardy
Recipient of a YET Award

This summer I spent two weeks working as a Research Assistant on an Operation Wallacea expedition to the Tarnava Mare. 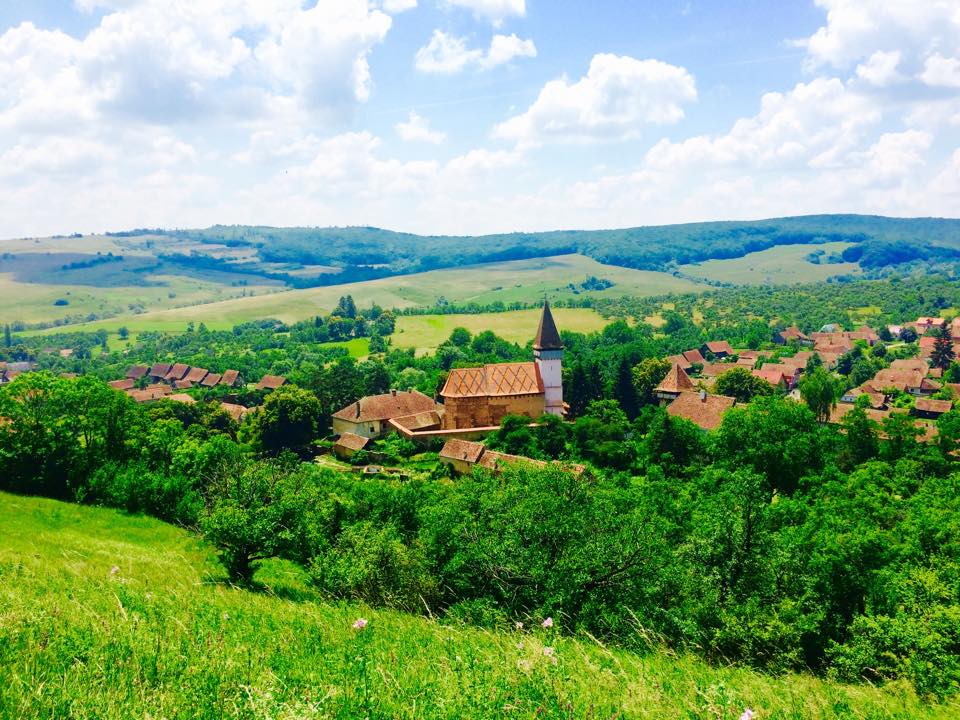 Sitting at the foothills of the Carpathians this stunning 85,000 hectare area of Transylvania not only boasts picturesque remote Saxon villages surrounded by the most extensive flower-rich grasslands remaining in lowland Europe, but it also houses a spectacular array of fauna including one of the largest populations of European brown bears found anywhere in the world. The landscape represents one of the last medieval land-use patterns; forested ridges and gullies, pasture and hay meadows on gentler slopes, and arable land on the flat valley bottoms near villages.

Romania joined the European Union in 2007, and in 2008 the Tarnava Mare region was recognised as both a Site of Community Importance and a Special Protected Area. Inclusion of the area in the EU Natura 2000 network enables funding to be obtained to maintain the low input traditional based farming that has created such a huge biodiversity. The Operation Wallacea teams I was working with are completing annual biodiversity surveys of the region in order to assess the effectiveness of maintaining the traditional farming practices, which produce an extensive mosaic of diverse habitats, in protecting this outstanding area. The work is being completed with Fundatia ADEPT, a Romanian-based NGO. 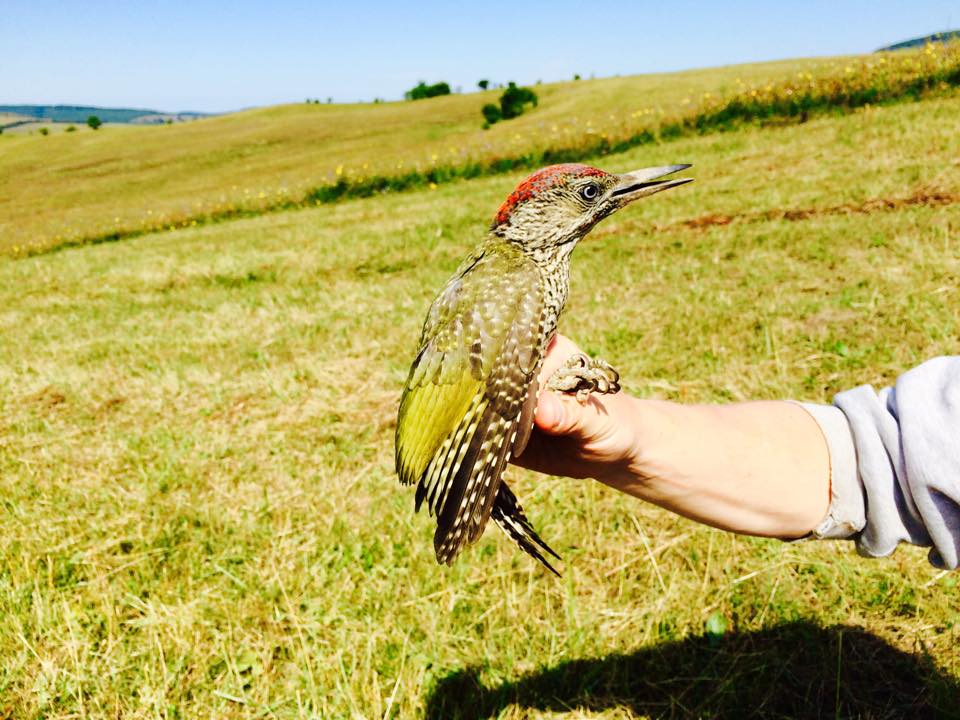 During the two week expedition I gained a taste of the rich wildlife in this little visited part of the Carpathians, immersed myself in the culture of the Transylvanian people and developed my Romanian through language lessons. The first week was spent in Mesendorf, camping in an orchard and using showers heated by the sun each day, where we completed a Transylvanian Ecology Course. The second week was spent in another remote village, Viscri, where we stayed in a traditional Saxon farmhouse and completed biodiversity surveys in the surrounding valleys. All meals were locally prepared and the majority of the food was baked, grown or farmed in the same village as it was consumed. Particular highlights were the traditional stews and home-made jams, honey and zacusca. 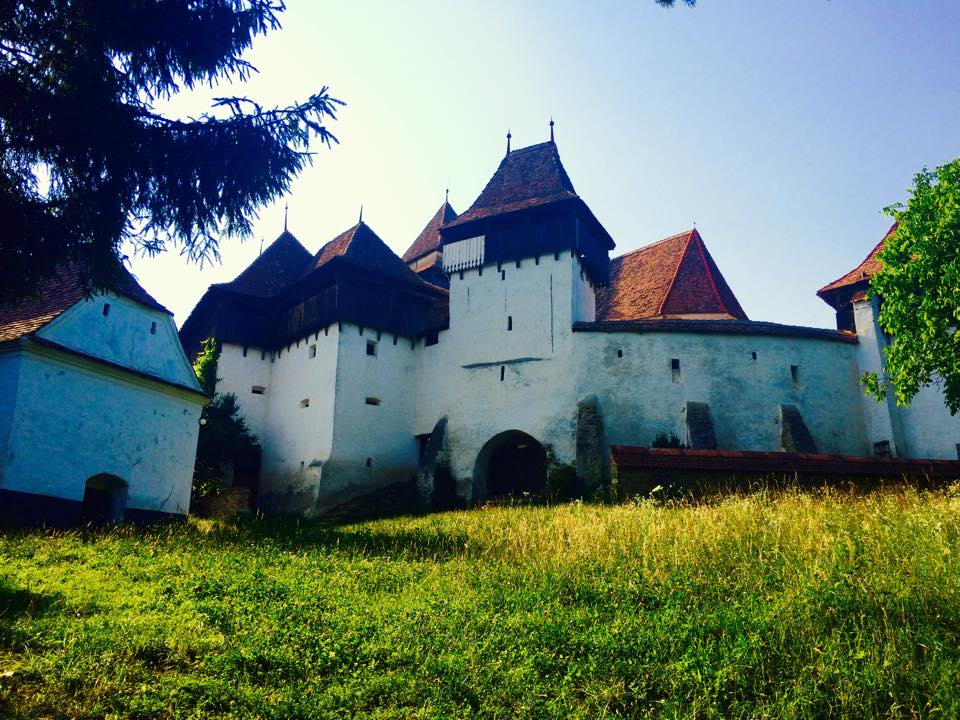 I was involved in completing a number of different fieldwork surveys, meaning early 5am starts and long days of trekking in the foothills under 30°C heat. In the large mammals group we positioned camera traps in key forest locations and on the valley survey routes in order to capture sightings of large mammals such as bears, wolves, wild boar and deer. We also visited likely vantage points at dawn and dusk, and recorded prints and scat encountered. The highlight of the trip was capturing video footage of a European brown bear on one of the night-vision cameras, and it was fascinating to witness a red deer stag herd on one of the morning outings. Small mammal surveys involved setting traps late at night before checking and emptying them the next morning, as well as hunting for bats in the Romanian Orthodox church and Saxon fortified church found in every village. On bird surveys we traversed the valleys, completing point count surveys at 500m intervals en route, looking for sightings and listening for calls of the wide range of birdsfound in the area. We caught rare sightings of the lesser-spotted eagle and used call-back surveys to determine corncrake distributions. Mist netting allowed us to more closely observe a number of species including the hoopoe, golden oriole, red-backed shrike, yellow wagtail and wryneck. Plant surveys focused on target species which are indicators of grassland biodiversity, as high plant diversity supports the flourishing ecosystem, while butterfly teams covered the same survey sites and recorded the species encountered. Top catches included the purple emperor and scarce swallowtail. 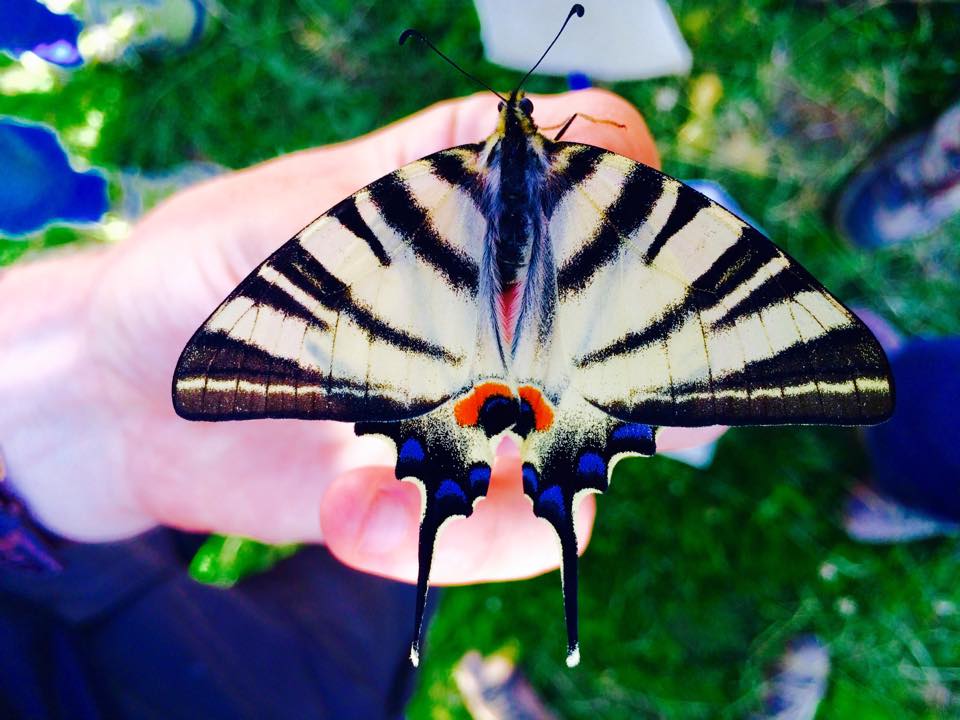 We were also able to visit Sighisoara, a historic local town immersed in legend as the birthplace of Vlad the Impaler, the inspiration for the vampire Count Dracula in Bram Stoker’s 1897 novel. Here we climbed the famous Scholars’ Stairs to the Church on the Hill, visited the Vlad Dracul House and explored the fortified walls and defensive towers of the various town guilds – the Clock Tower being the most beautiful and imposing whilst offering spectacular views of the town itself. 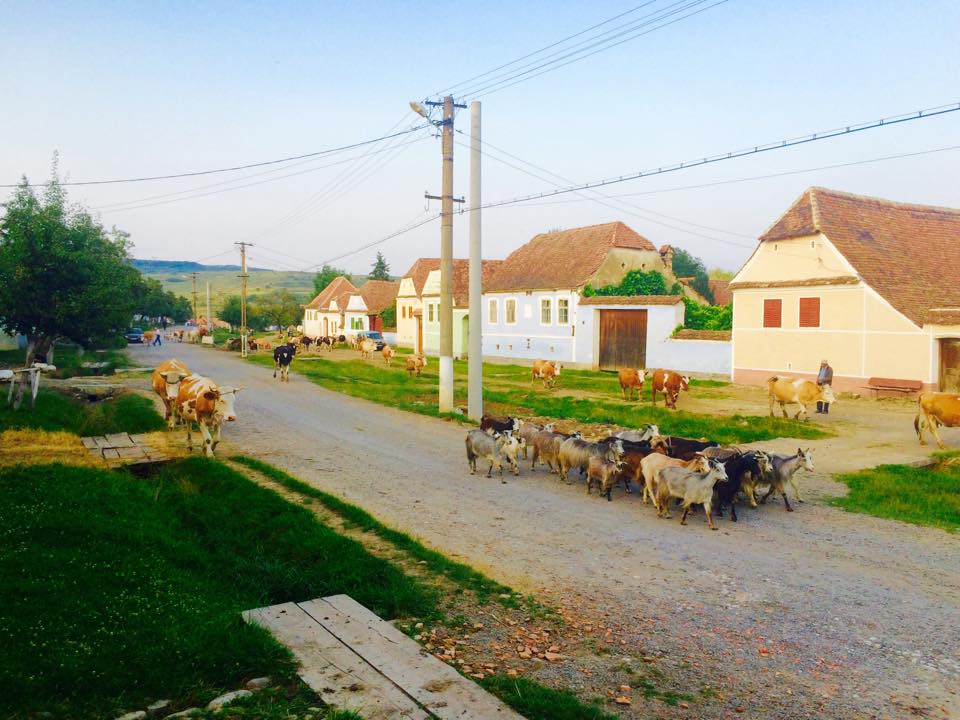 The Tarnava Mare region has had an interesting and turbulent history. In the 10th Century it was settled by Hungarian tribesman, in the 12th it was home to the Saxons, the 17th saw the region fall under the rule of the Catholic Habsburgs, and in 1878 it was incorporated in the formation of the new sovereign state Romania. I was entirely uncertain what to expect when I arrived in Transylvania and a country recovering from a Communist regime under Ceausescu and the bloody Romanian Revolution of 1989, but what I found entirely amazed me. As a country in its youth, the contrasts between modern Western luxuries and the traditional farming methods employed, most notably harvesting by scythe, were fascinating. Land use changes, intensification of grassland management and over-grazing, the introduction of fertilisers leading to nutrient over-enrichment, and abandonment by young people seeking a better life in the city all threaten this fragile ecosystem. It is clear to me that not only is the work of Operation Wallacea vital in maintaining this European paradise, but that it can only be preserved by the farmers who created it in the past and who live in it today. 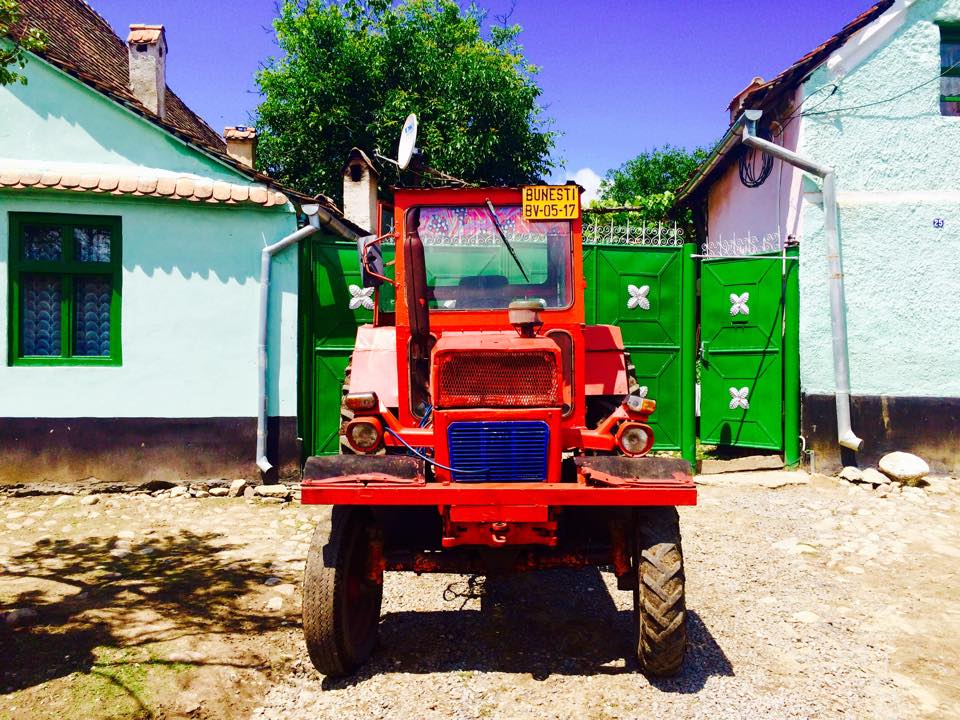 I feel truly blessed to have been able to spend time in such an extraordinary and beautiful part of the world, and I am extremely grateful for the support of Pembroke College Cambridge and the Young Explorers Trust which allowed me to undertake this trip.