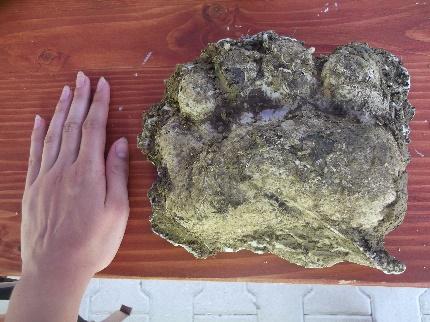 Report by Emma Walters
Recipient of a YET Award

This summer I took part in a 4-week expedition to Transylvania, Romania with Operation Wallacea. This was my first time travelling abroad and was an absolutely incredible experience! We visited a different village each week – Criţ, Daia, Apold and Malancrav, where we camped at local campsites and spent the week carrying out wildlife surveys in the surrounding countryside. This was part of a larger project (8 weeks per year for 5 years) to monitor the changing populations of wildlife in the region to find if changes in the methods of farming is impacting the outstanding biodiversity of Tarnava Mares.

The surveys we carried out were: 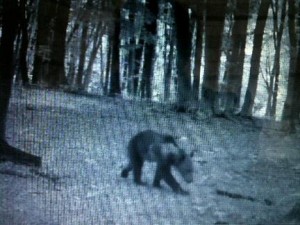 This involved setting up camera traps in suitable places in the woodland surrounding the different villages and analysing the resulting footage. We managed to retrieve footage of several bears with cubs, plus wild boar, foxes, badgers, mustelids, red deer and roe deer. We also walked transects in the woodland looking for tracks and signs for these animals, such as scat and diggings.

In evenings Sherman traps were set up with bait at three different sites, with 20 traps per site laid out in a grid. Early in the morning the traps were checked for small mammals such as mice and shrews.

These were early morning surveys which involved walking one of three long transects up the valleys surrounding the village. At a point marked on the GPS the group stopped for 10 minutes and counted all the birds seen or heard. Common birds recorded were species of sparrow, tit, warbler, shrike, woodpecker, and also golden orioles, bee-eaters, jays, ravens and common buzzards. The land use was recorded to assess how the farming practices could be affecting the birds present in an area.

Another early survey where birds were caught in mist nets at one site every day to be ringed. The caught birds were weighed and their wing span measured. In total more than 1000 birds were ringed in the 8 weeks! It was really useful to see the birds up close to ID them, and get experience in handling them.

This involved both dawn and sunset surveys, using bat detectors and recording equipment to determine which species were present in both the villages themselves and the surrounding woodland. Mist netting for bats was also carried out in order to identify more indistinct species. 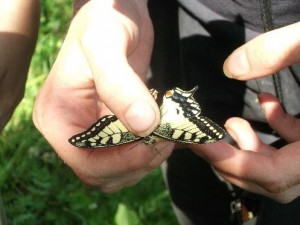 This was probably my favourite survey! At different sites around the village a group of us would walk a 50m transect, spreading out 10m across, and shouting out any butterflies seen to be recorded. Any butterflies we couldn’t ID were caught to identify at the end of the transect. There were some beautiful species which I had never seen before, such as Scarce and Common Swallowtails, Silver-washed and Weavers Fritillaries, Marbled Whites, Common Gliders, Maps, and several species of Blue. 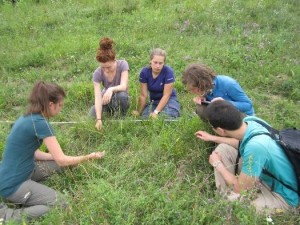 This survey used the same points as the butterfly survey to assess how the composition of plant species affects the abundance of different butterfly species. It was divided into two separate surveys – in one we walked 2m around the transect counting the number of indicators of high-nature value grassland – there were 31 in total to look out for, including Betony, Crown Vetch, Deptford Pink, Charterhouse Pink, Lady’s Bedstraw and Dorycnium. The second survey used 1m2 quadrats every 10m along the transect, and the number of particular high- and low-nature value indicators were counted. Low-nature value indicators included Red and White clovers, Hoary and Ribwort plantains, and Yarrow.

We also went along to farm visits to give us a taste of the variety of farm types in the region. The farmers were surveyed to find information on the number and composition of species, dates of grassland cutting and types of arable crops, plus details of any bear or wolf attacks on livestock.

The data gathered on these surveys will be forwarded to ADEPT, a Romanian NGO which aims to support the traditional farming communities whilst preserving the high-nature value sites of the region. Recently the EU grants which farmers receive for conserving particular species have been cut, which may lead to intensification of farming practices. The data collected by Operation Wallacea should provide enough evidence to reverse these changes in order to support the traditional farmers and prevent intensification and the loss of specialist species in the region. 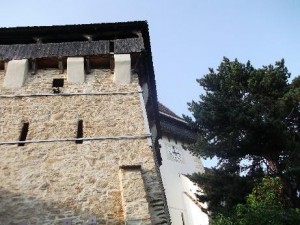 The expedition was an amazing experience for me! I learnt so much about the wildlife and culture of Tarnava Mare and gained valuable identification skills and knowledge of the methodology of the different wildlife surveys, plus GPS skills required for navigating along the transects used in the surveys. Camping for a month was also an experience I will never forget! In Apold we stayed in towers which were part of the Fortified Saxon church of the village which was an incredible insight into its history.

However the most important thing I gained from the expedition is an appreciation for the role of sustainable farming in nature conservation – walking through the hay meadows of Tarnava Mare was an incredible experience, and one which I hope one day to be involved in bringing back to Britain! I have been truly inspired by this expedition – I am now planning to spend more time doing my own ecology and recording, particularly of butterflies and moths, and also hope to join a bat group in my local area to gain more experience and ID skills.

A huge thank you to YET for the grant which helped to fund this expedition! 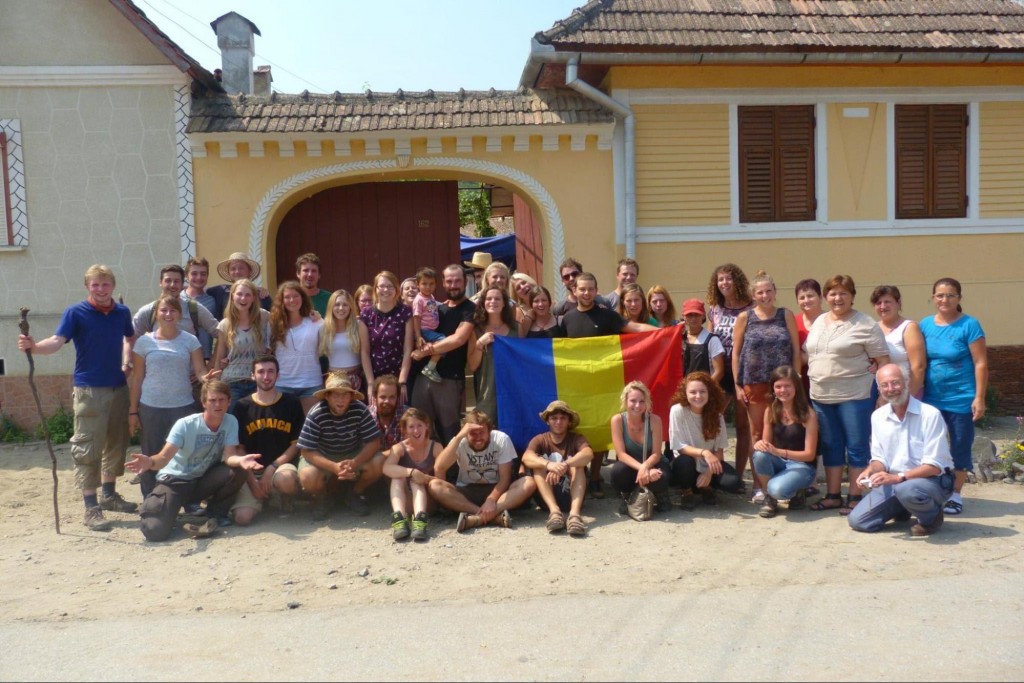