Report by James Pedley, recipient of an Everest Award 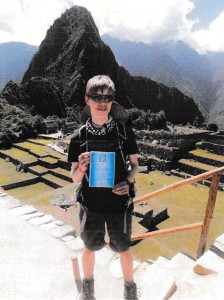 Me with my YET Award certificate at Machu Picchu!

Thank you very much for the contribution ‘The Young Explorer’s Trust’ made to my amazing
world challenge expedition to Southern Peru.

The expedition was fantastic.

We arrived in Lima which was covered in relentless grey smog, after a total flight time from London of 19 hours including a brief stop in Sao Paulo, Brazil. Things quickly got better when after one night in the capital we took a 5 hour coach journey through the amazing desert landscape of Paracas National Park to the busy city of Arequipa which had a beautiful cathedral and probably the coldest showers of the whole trip! Arequipa is 2,380 metres above sea level and so it was here where we prepared for the later stages of the expedition where we went to even higher altitudes. From Arequipa we travelled to the Colca Canyon which is twice as deep as the Grand Canyon ! Here we did a two day trek to the bottom and up again. lt was here where I saw my first condor. We then moved onto Yanque which is where the project phase of the expedition took place. This was undoubtedly the highlight of the trip and took place at a nursery school in the village. Yanque has a population of 2500 and is located near Arequipa in sight of a smouldering volcano. Gloria, the lady in charge of the nursery, had asked us to paint some outside walls and construct the foundations for a sun shelter outside a classroom for the youngest children. The task in hand was to relocate large metal posts that were concreted into the playground on one side of the nursery, to the other side where we reused them to construct the shelter. This task was made far more challenging by the fact that we had to chip away at the concrete surrounding the posts with lengths of steel rebar. The cost of the materials was taken out of the money the team raised before we went to Peru.

In Peru, state education starts at 7 years old, although in the more remote areas there is no education at all. Gloria, who was born in the village, set up the nursery with the help of her parents to give the younger children free care and a basic education whilst their mother’s
carry out work on the land in order to make ends meet. The children were rather intrigued by our presence, not to mention our white skin, with one little girl coming and pinching my arm on a daily basis (the one in the pink jacket and white hat in the photo below)! The children and helpers thanked us with a little show of dancing to traditional Peruvian music – it was so cute! The picture below is the wall that I painted!

We all enjoyed helping at the nursery and it was very sad to say goodbye to the amazing staff and the lovely children. We were all moved by this experience and decided we wanted to do more for them. Therefore from now onwards our school is going to raise funds to provide further support.

The bus journey to our next destination, Puno took 13 hours and was the longest bus trip l’ve ever done in one sitting! Lake Titicaca which is situated next to Puno is the highest
navigational lake in the world and has the world’s first steam boat in Puno’s port! An overpopulated, dirty city played host whilst we visited the lake to see the Uros people who live on floating islands made from reeds. lt was an amazing day trip.

On leaving Puno we made tracks for Cusco, the centre of the lnca Empire, which entailed another very long bus trip. We then entered the trek phase of the expedition in the Ausangate region of the Andes. This was memorable in lots of ways, seven days of trekking in amazing scenery and sunny but very chilly conditions, took us to the snow line at 5,000m, where temperatures dropped to -10 at night. The beautiful landscape was deserted apart from the occasional herd of alpaca and two remote villages. Unfortunately altitude sickness and a dodgy stomach affected a few of us but the sights were so incredible that they will stay with me for the rest of my life.

After the trek we stopped off in Cusco again and spent three days recovering from the trek. These days mainly consisted of exploring the amazing city and lnca ruins in the surrounding hills. Sadly my time in Peru was drawing to a close and we started getting ready to go home.

On our way back to Lima, we stopped off at Machu Picchu, to take in the truly awesome sight of the lnca estate built around 1450. 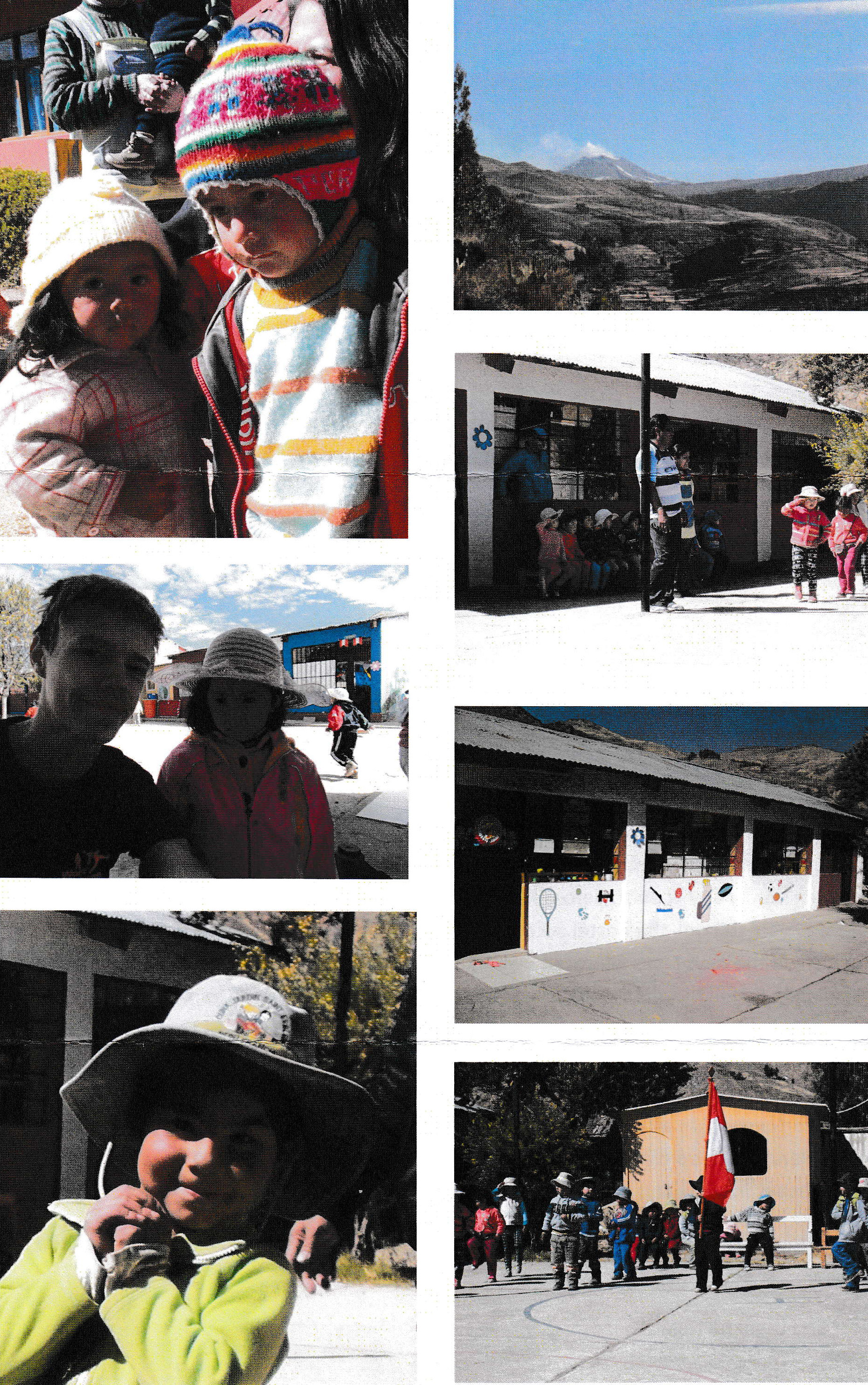 The expedition was an amazing experience which on several occasions pushed me out of my comfort zone as I encountered many new experiences in a very unfamiliar country. Despite knowing hardly any Spanish before I went to Peru I managed to learn the basics whilst there and was able to book the hostel accommodation and all the day’s meals on my own in Spanish on the days I was allocated leadership for the entire group, and even came to enjoy haggling in Spanish in the local markets! The children at the nursery helped me learn the colours in Spanish, and they in English, whilst l was painting the walls of their playground. We encountered extremes of terrain and temperature, from the vast desert occupying Paracas national park to the high altitudes of the Andes Mountain range and managed to cope with the unfortunate side effects of altitude and dodgy stomachs! Most moving of all were the lovely Peruvian people we encountered, who were living in very poor basic conditions but were always friendly and welcoming towards us. 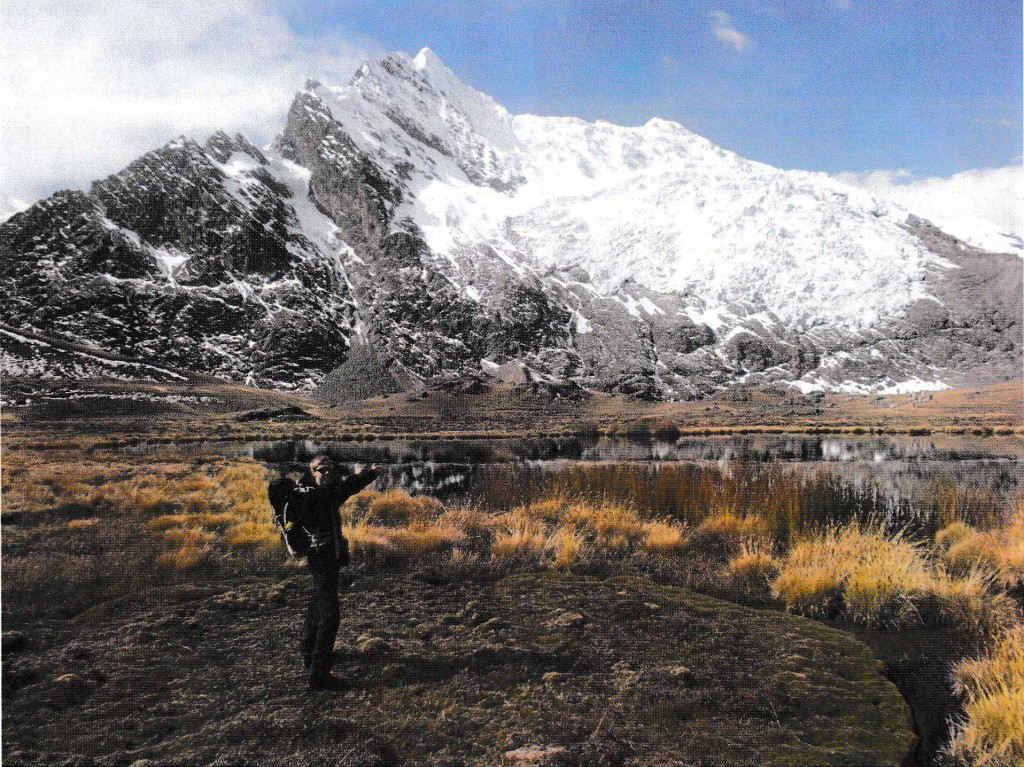 Me at 5,200m in front of the Ausangate mountain

Thank you again very much for your generous support and helping to make all the above
possible.