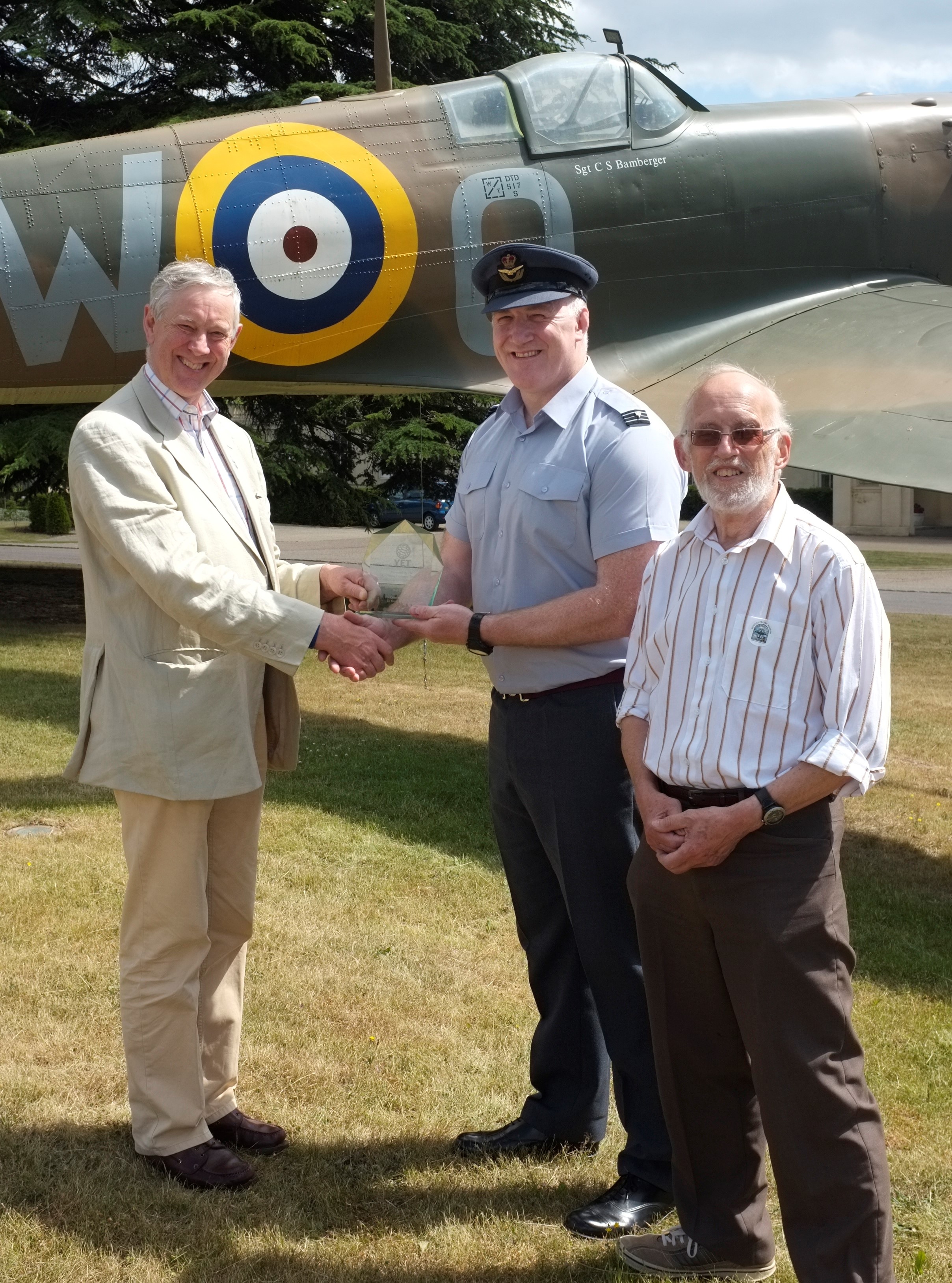 Dave Hill (centre) receives the Stephenson Award from Jamie Balfour, Director of the Winston Churchill Memorial Trust (left) with Ted Grey Grants Secretary of the YET.

The Alfred Stephenson Award is given annually to mark meritorious service to youth exploration.

The 2015 Award goes to Dave Hill. Dave has had a 20 year contribution to overseas expeditions with the ATC. He led his first expedition in 1996 to Zimbabwe. Since then he has led a further 13 expeditions covering all the inhabited continents at least twice: trips have included sea kayaking in Alaska, scaling a 6000m peak in Nepal ,completing the Head-hunters Trail in Borneo and high altitude 12 day Huayhuash Circuit in Peru. To date, Dave has taken away 191 cadets on expeditions and has further ventures planned.

Dave’s early trips were with disadvantaged cadets from estates in London, many of whom had never been out of London let alone abroad. He made these trips affordable by actively fundraising through corporate sponsorship and running cadet-led events such as ‘bag-packing’. A conservative estimate is that Dave’s efforts have raised some £350,000 to subsidise expeditions ensuring that deserving cadets irrespective of background have the opportunity to go plus a further £150,000 to purchase kit, support pre-expedition training and for use on the expeditions.

Dave’s ethos is that the cadets are involved in the planning from the outset and are allocated key roles on the expedition that rotates daily; the youngsters and staff travel as equals. Most expeditions include both physical challenges and community projects to allow the cadets develop different skills.  Dave’s expeditions have also left a lasting legacy in that some of the ex-cadets and younger staff now run their own expeditions under his guidance.