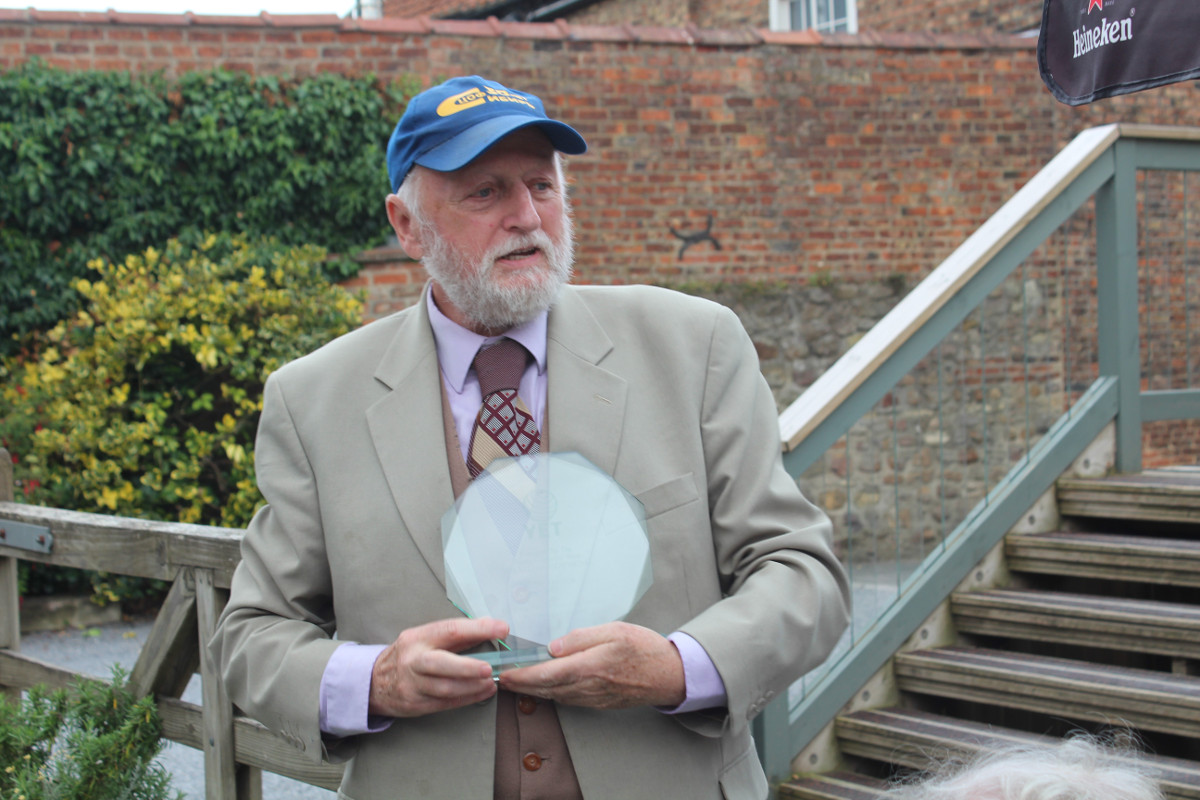 The YET Council has granted Tony Arthur a Stephenson Lifetime Achievement Award for his extraordinary contribution to youth expeditions over many years.

Tony has a long record of leading youth expeditions dating back into at least the early 1980’s. In one way or another he has probably organised a venture every year since then taking or arranging for youngsters to get a “ wilderness experience”. He first came to YET’s attention in 1982 when he applied for Approval for the expedition from Drumley House School to Tanzania. Since then he gained YET Approval for 16 other expeditions, more than anyone else except Peter Drake. These expeditions were mainly from Cawston College, a school for youngsters many of whom had some difficulties in their life. He offered them an opportunity to visit many different countries over the years including Kenya, Morocco, Malaya, India, Turkey, Peru, Ecuador, Russia. All these he organised himself although he was very adept at using local guides wherever needed. His expeditions mainly were treks but all emphasised the benefits of meeting up with locals and involving the students in the local society.

Since he retired from teaching he has worked abroad as a TEFL teacher in Siberia and in schools and orphanages in Romania. Wherever he was based he took local youngsters out into the local hills or even in Russia to the Kamchatka Peninsula. In addition to this he also brought youngsters from these countries to the UK where he arranged for them to visit Brathay and go on Outward Bound Courses. These I believe for the most part he financed himself.

To a large extent Tony is a law to himself with an ostensibly maverick approach to youth expeditioning but this belies the very careful way he approaches the planning and execution of his expeditions. In talking about his experiences he can be so very funny but when he briefs youngsters, whilst elements of this remain, he really is on the ball. Few in this country can match his record of expeditions for young people.