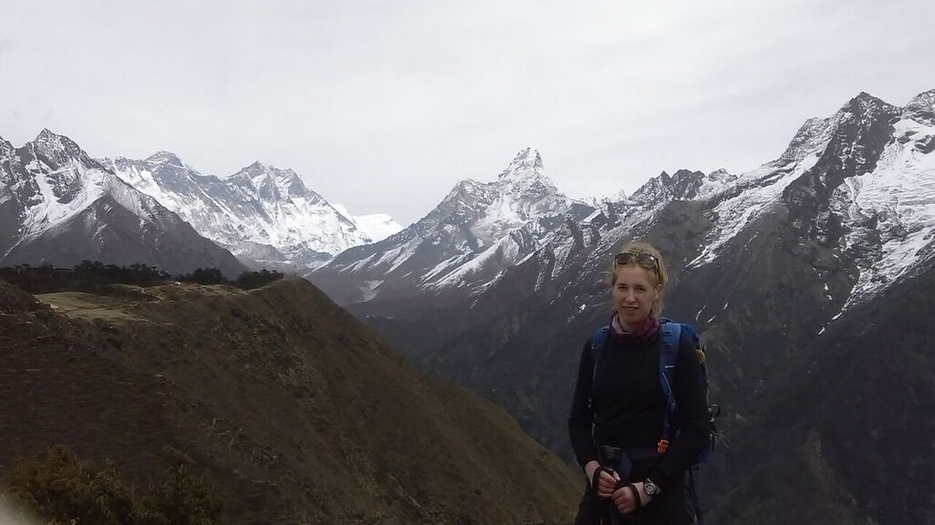 Report by Joanne Hitchcock, recipient of a YET Vivian Fuchs Award
30 March – 20 April 2015

As part of my Golf DofE award I was required to complete the residential part of the award. I saw the opportunity to go to Nepal with 360 Expeditions, for 3 weeks to trek to Everest Base Camp and to climb the Lobuche East, which is a challenging trekking peak. I was chosen as one of the team of 6 to have this amazing experience. I took part in this expedition during the Easter holidays whilst in my last year of A Levels and was required to raise £2000 in total, which paid for half of my expedition costs and money toward the charity Place2Be. 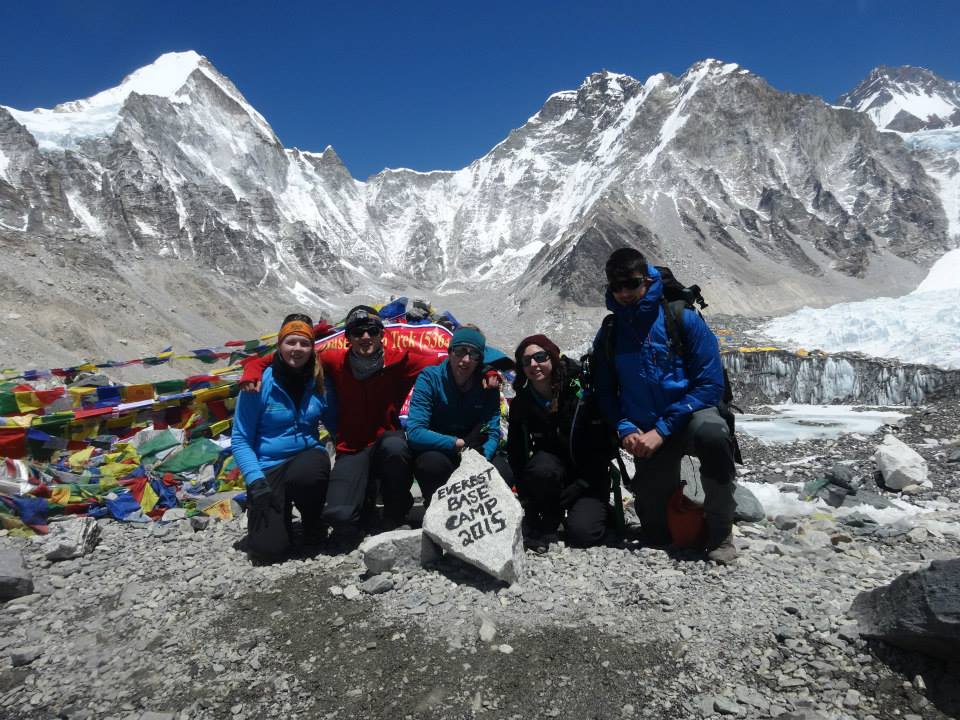 Our group of 6 students were joined by a further group of adults who increased our group to 27 until we reached Everest Base Camp and where they turned around to return home. After a day in Kathmandu to get to know the group, followed by an incredibly exhilarating flight into Lukla we began our 12 day hike to Everest Base Camp, requiring determination and a lot of perseverance. Due to the increasing altitude each day we had to do everything much slower, but with a paramedic and 2 doctor’s part of the larger team we were in safe hands. The day we reached EBC was breath-taking, the walk in was tough but the views were worth it. We were also lucky to be guided through the Khumbu icefall, I feel incredibly lucky to have been able to stand in such a stunning area with the sun reflecting of the pillars of ice surrounded by the Himalayan Mountains. I now appreciate the vulnerability of the area I was stood in, and count myself lucky to have had the opportunity to see not only the ice fall, but base camp in that condition considering a couple of weeks later it was destroyed by the avalanches caused by the earthquake in Nepal. 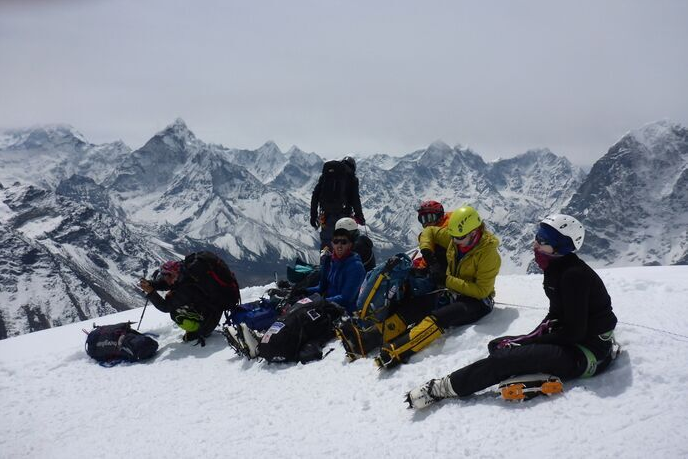 After ticking Everest Base Camp off our list our next mission was Lobuche East as a smaller group of 6 students and 3 leaders alongside our team of Sherpa’s. The peak is 6,119m, which is nearly 1000m above EBC and was a huge challenge for all of us. We pushed for the summit a day early due to deteriorating weather. The two and a half hour journey up to high camp in cloudy weather was more than doubled on our return downhill in deep snow two days later. At high camp we were woken up at 2.30am, and left at 3am ready for summit day, requiring the use of harnesses, plastic mountaineering boots, crampons, ice axes and helmets. Most of this equipment I had never used before. 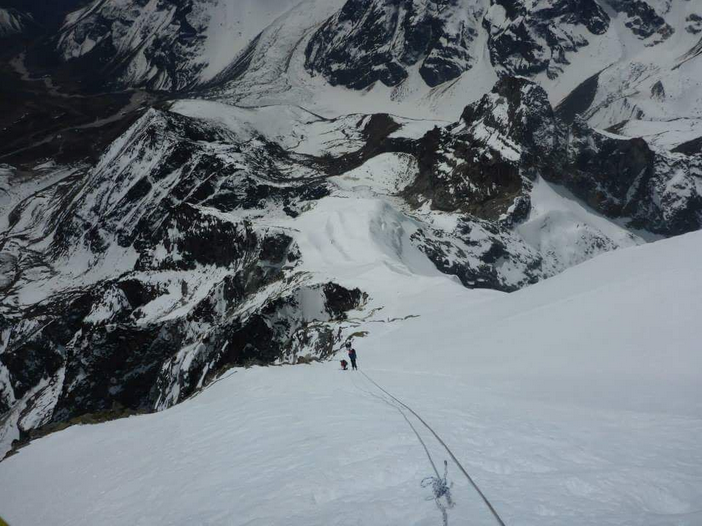 The summit day was the most challenging day I have ever experienced. Due to the altitude as we gained height we were taking one step then requiring 5 breaths to recover. This lasted for 5 hours, and on 3 occasions I was so ready to give up. Unfortunately 3 members of the group were forced to return before the summit due to injury or the effects of altitude. Fortunately something kept me going, and I managed to summit with the most amazing views surrounding me. We returned to our tents at High Camp on extremely low energy levels, and the next morning there was an early start due to the weather. The descent was equally as hard as the ascent and I certainly know that I wouldn’t have made it, firstly to the summit, and secondly back down again without the support of my team.

Returning to the Tea Lodge that night which felt like a luxury after 2 days of 100% effort. The whole team was exhausted but still had one week left to continue exploring the amazing country and make our way back down to Lukla for our flight to Kathmandu.

I am extremely thankful for this opportunity as it has fuelled me for more adventures and expeditions around the world. The expedition is easily my biggest achievement to date, and the most fun I have had in 3 weeks.