From the 19th July to the 18th of August I took part in a community development trip to Borneo. The aim of this was to improve the living standards of some communities over there. Without the YET’s support I would not have been able to raise the money needed to go and I want to say a massive thank you for enabling me to have the experience of my life. It has changed me as a person (hopefully for the better) and am I now have the travel bug and desire to use my skills to further support dis advantaged communities around the world.

My mom’s colleague Jenny and her daughter printed the t-shirts for me to take with me on my expedition. These had the names of all my sponsors; including you guys and I wore them with pride whilst slaving away! 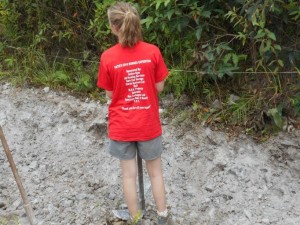 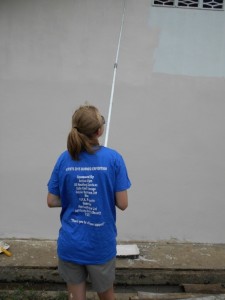 The first community we visited was Tinangol in Sabah, Borneo where we did lots of cement mixing, brick laying and more cement mixing! But this wasn’t cement mixing where you stick the mix in a mixer; no… this was cement mixing the hard way, in 35°C heat with gravel and water in the middle of the dirt road.

Some of the tasks we completed in Tinangol were:

We also returned to Tinangol later on in the trip as we couldn’t go to Mantanani due to a typhoon, and we were lucky enough to do some more direct work with the families of the village. We were the first Camps International group to be allowed to do this, and we all felt very privileged. 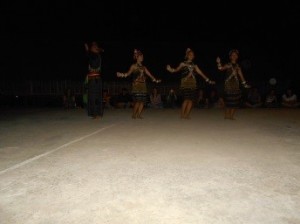 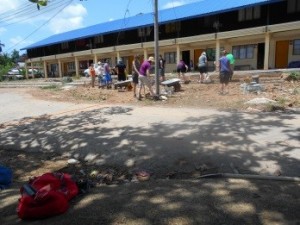 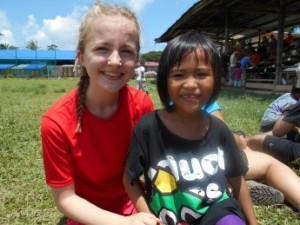 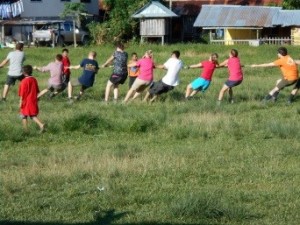 The next camp we went to was Batu Puteh (the Jungle Camp.) The actual camp in the jungle was a trial itself; with a hole for a toilet, hammocks and a bucket of water for the shower in some tarpaulin. Whilst there we: 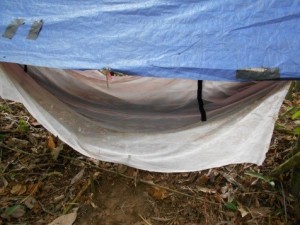 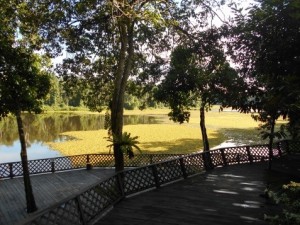 Then it was off to camp Bangkud where we had a proper flushing toilet! It was pure luxury after the jungle, and while we were there we: 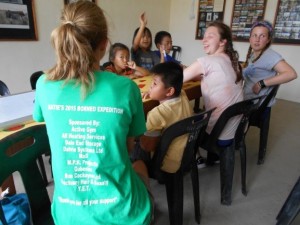 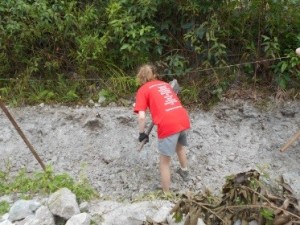 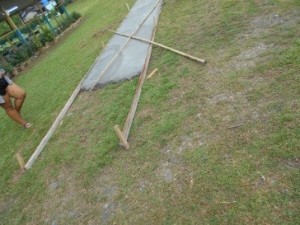 On Gaya Island We had more of a relaxing time clearing the beaches, playing cards and sunbathing! During the time on the trip when we weren’t mixing cement or carting trees for miles etc. We took part in various other, more leisurely activities such as learning Malay, learning the traditional dances of the locals, bead making and spring roll making.   We also went to a tree top walk, to some hot springs and to the Kundasang War Memorial. I also got the amazing opportunity to go on the world’s longest island to island zip wire from Gaya Island to Sepai Island! We also had the opportunity to learn to scuba dive and it was amazing, however I could not complete the course as I sliced my toe open and the bandage wouldn’t fit in the flippers! 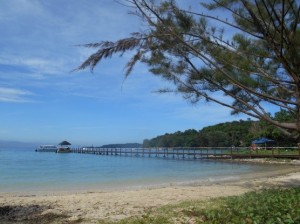 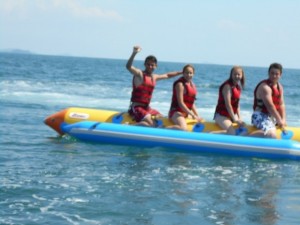 In Kota Kinabalu (the main city) we got to do a bit of shopping at the night markets which were amazing but also quite scary t times! We also got to eat food other than rice, so we went to little Italy and KFC! 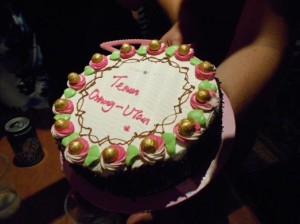 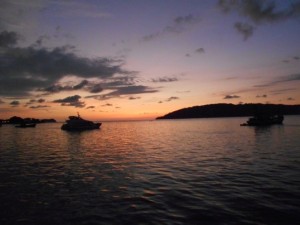 I had a truly amazing time in Borneo and feel privileged to have gone on such an amazing trip and met so many amazing people. The locals over there are so welcoming and amazingly happy all the time; I have never seen kids happier. Although I was the youngest there in my group, I still managed to make friends with every member, including the teachers and they all said they thought I was much older than what I actually was when they first met me. I left for Borneo knowing no one, and came back with a family, and that, I feel, is an achievement in itself and something I am very proud of.

Thank you for sponsoring me to go, because without your kind donation it wouldn’t have been possible!