I have just arrived back after spending five weeks of my summer holiday in Tanzania on expedition with Raleigh International. I wanted to say a huge thank you to Youth Explorers Trust for their grant which helped me go on such an amazing experience. 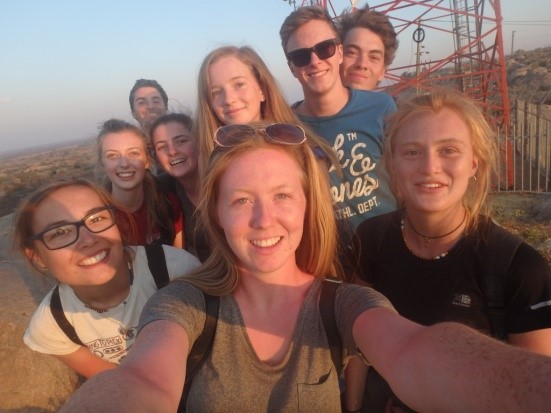 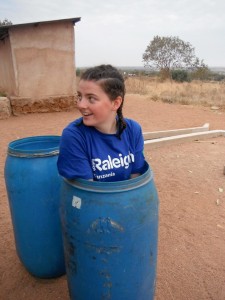 After a few days training in Morogoro Raleigh launched us straight in at the deep end on a 60km trek through the stunning Iringa region in the south-west of Tanzania. Trek was a totally new experience for me as I had never done Duke of Edinburgh so this was the first time I had carried all my kit on my back and camped rough. But I absolutely loved it! The physical challenge of getting all my kit to the top of a hill really suited me. Trek was a brilliant way to see a part of Tanzania as most days we trekked through a village where we would buy our supper for the night (which we would then have to squeeze into our already pretty full backpacks) and be greeted by around fifty over excited kids who would then proceed to hold our hands for the next mile or so! Also we were lucky enough to camp twice in the grounds of a primary school. This led to brilliant sunset games of football which we invariably lost against the Tanzanians. 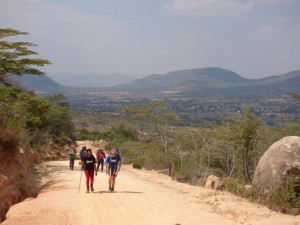 Trek also taught me a lesson in how lucky we are in the West to have clean running water. This was because we had to pump all our water from rivers through a heavy piece of kit which we carried in our rucksacks. The water then had to be purified for half an hour. Then disaster struck on the second night when our water pump broke which meant it took over an hour to pump 25 litres when it should have only taken ten minutes! With fifteen thirsty volunteers requiring at least 5 litres each to drink for the next day plus cooking and washing up water we required around 100 litres of water. We pumped all evening and in the end were forced to stop as it got dark. It was absolutely knackering and we still didn’t have enough water but it taught us all an invaluable lesson. For the rest of the trip we all conserved water wherever possible and quickly greasy hair and dirty clothes didn’t matter as we knew how precious water was and that it couldn’t be wasted on daily hair washes!

Me carrying cabbage for 7km, which was supper that night

Trek was certainly tough but it served the purpose of forming an extremely tightly knit group which was perfect when we arrived on project. Our project was based in Old Shinyanga which is in the north of Tanzania so was an awful lot hotter than trek! Old Shinyanga is a large village with two primary schools, a secondary school, a mosque and multiple churches. Most houses had a single tap (which after trek was an absolute luxury for us!) and electricity for a few hours most days. When we first arrived we were a little confused what we were doing here as compared to the more rural areas we had trekked through. Moreover our homestays (we lived with families in their homes) on first impressions seemed very happy with their lives. However it quickly became clear that Old Shinyanga still faced many problems. They tended to eat one meal a day of mainly white rice or ugali (a maize dish which had the texture of polystyrene!) with a small helping of cabbage or beans. Whilst filling it was not particularly nutritious and most of the kids were very skinny and whenever they spotted our biscuits went absolutely mad over them. 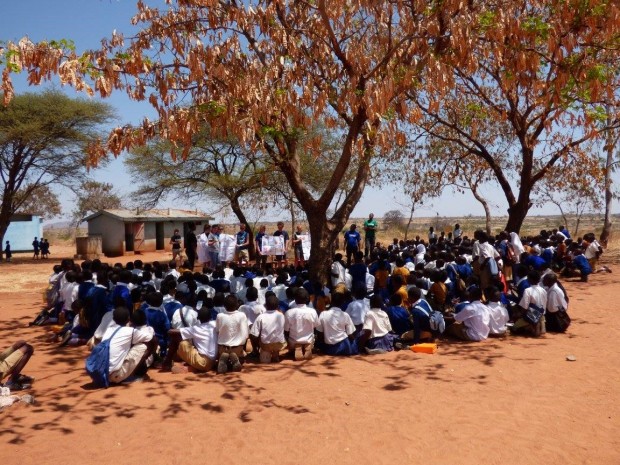 Furthermore education was not valued by the community with very few kids remaining in education for secondary school. In Tanzania primary education does not start till the age of seven which misses a huge window of a child’s development. So we worked in partnership with Save the Children to build an Early Child Development Centre. The ECD will provide a safe place for 3-6 year olds to learn, socialise and play combined with a hot and nutritious meal a day. According to Save the Children, children who attend the ECD will be on average four years ahead of their peers when they reach primary schools and girls who have attended the ECD are much less likely to get into abusive relationships as the ECD fosters an environment where they gain self-confidence and an awareness of what is right and wrong. The importance of what we were doing really hit home when one of my team, Rachel, gave a pen and paper to a 4 year old girl in her homestay called Mama G. She couldn’t hold it at first but after showing her and helping her to hold it she scribbled on the piece of paper. Then her Baba (father) saw what she was doing and gave us the biggest smile and explained he had never seen her hold a pencil before. By this age in the UK children her age would be colouring in and starting to be able to write their first name (or at least attempt writing it). 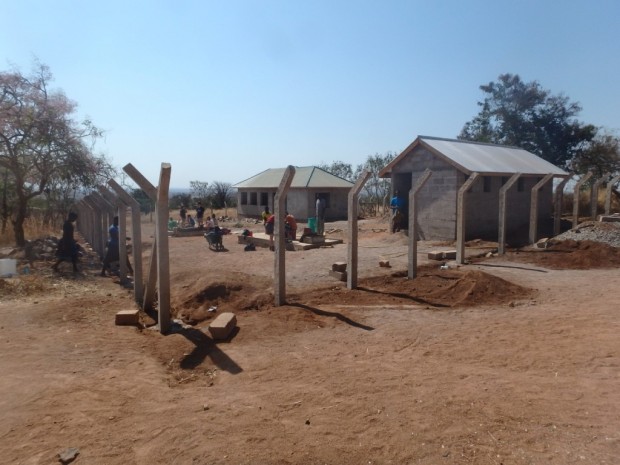 The ECD plus latrine block surrounded by fence posts

During our stay we also visited the two primary schools in the village and held an action day. The aim of these visits and our action day was to raise awareness for the importance of education. By the end of our stay I felt like we had achieved a lot. At our action day over 250 of the community turned up and from the expressions on most of the Mamas faces you could tell they were really thinking about what was being said. Speaking to the older primary school kids (who often had relatively good English skills) many of them decided they wanted to go to secondary school after our visit and realised they could gain a better life for their families through education. 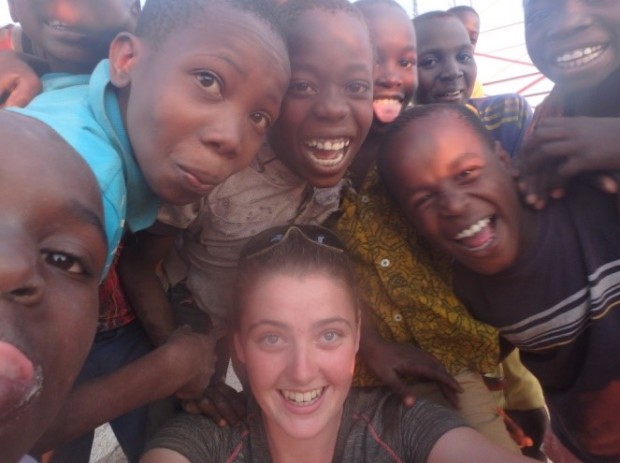 Overall, we didn’t manage to complete the ECD but it is now fully constructed and only needs wire to be put around the fence and painted so should be open in the next month or so. Hopefully we have also raised enough   awareness that the ECD will be well attended and should provide a safe place for many children. I absolutely loved my five weeks with Raleigh and would love to do another expedition at some point in the future! 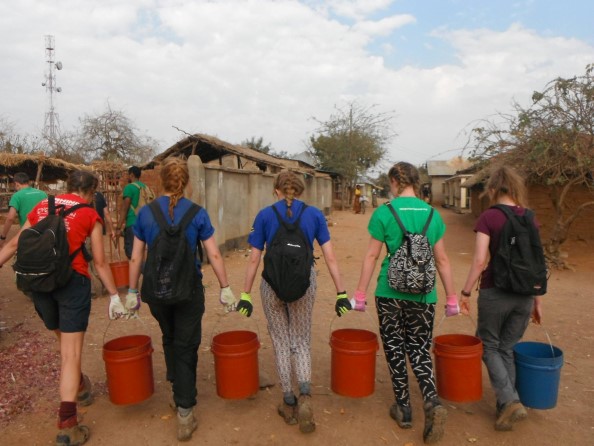