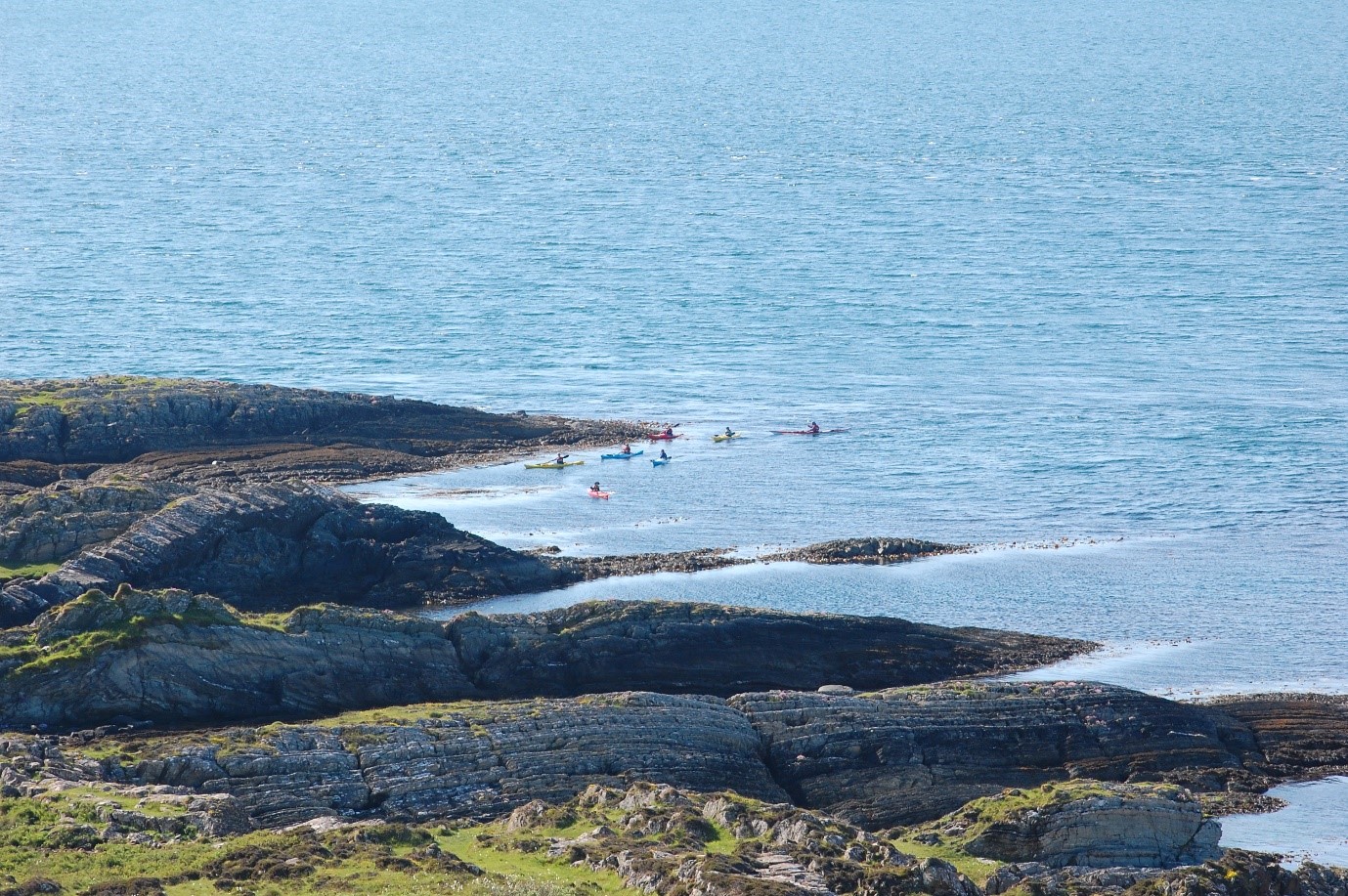 Kayaking in the Scottish Highlands

It is impossible to fully explain the extreme satisfaction and achievement that accompanied the completion of my DofE Gold Award Expeditions. Over two, four days, expeditions I pushed my limits, expanded my horizons and increased my kayaking skills and experience. Both of the expeditions taught me so much about myself, the sea and the world around me.

The first expedition took place at the start of June. We kayaked from Crinan to Oban via the Argyll Sea Trail. Although I had done a lot of sea kayaking before, I had only really done kayaked around my home, the Isle of Arran, and therefore it was exciting to be exploring unknown waters. I was not very well prepared for this expedition. Firstly, I assumed for some ridiculous reason that navigating from a kayak would be as easy, I, however, did not consider how islands and land marks are not as easy to make out from a kayak as they are on a map. After this revelation navigation became a reflex action and I was constantly looking at the map, to the extent that I do not think there was a point where I didn’t know the area I was in.

The second thing I discovered was not such a shock. My kayak instructor had on several occasions warned my team and I about how much tides and currents affected the Argyll Sea Trail. We of course took notice and followed his instruction when planning the route and noted any highly tidal area. However, when doing this we didn’t truly understand the significance of these areas and how much danger they could pose. Luckily for us, our instructor was there to guide us through these areas and help us determine the best time to tackle these tidal areas. The reality of how dangerous these tidal areas were shown to us on three key occasions across the expedition. The first was when going through the Doris Mor, we went through it when it had the lowest ebb, the chop of the waves was still enough that there were several times where I almost capsized. 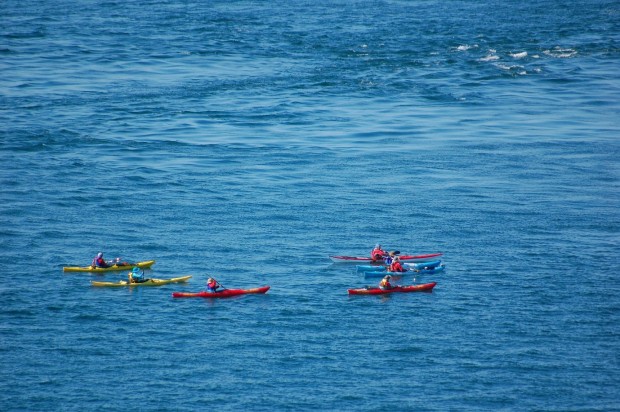 The next time we encountered the ruthlessness of the waves was after we decided to camp on a tiny island near the Cuan Sound. 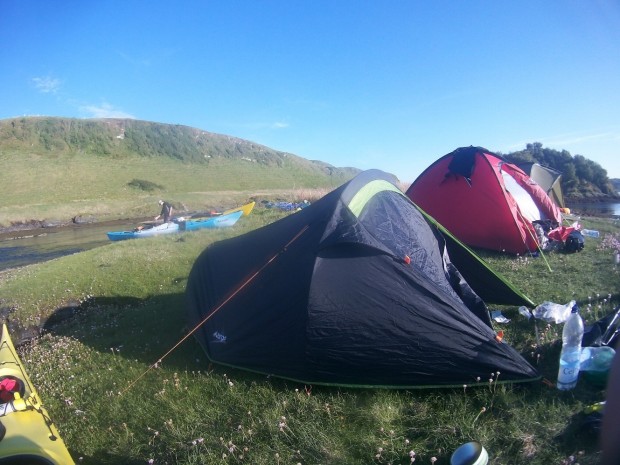 As the day drew on we saw the currents flow increase and increase. This was the first time we saw the true potential that the tides held. On the third occasion we finally made a mistake. We had wanted to see the “Bridge Across the Atlantic” and so we took a detour and kayaked down the Seil Sound, however, what we didn’t realise at the time was that the current was flowing with us. Quite fast. Therefore, when we saw the “Bridge Across the Atlantic” and turn around to head back onto our route we were suddenly forced to paddling against the relatively strong current. We battled against the current for about 1-2km before we were out of the Seil Sound. At the time I was exhausted after this excursion but now I can look back at it and laugh. I also find pride in the fact that I managed to get out of the Seil Sound on my own and without the assistance of a tow. 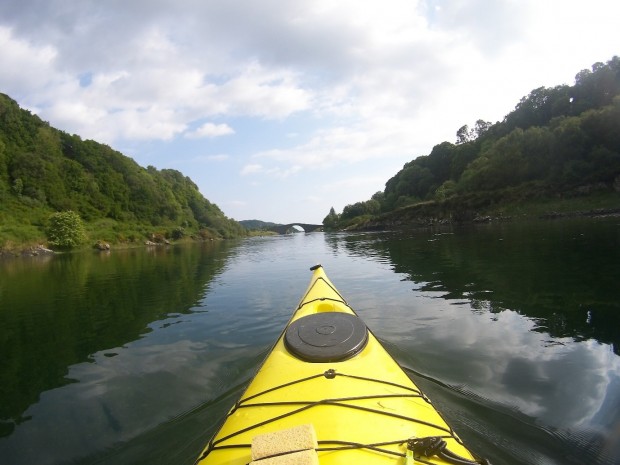 All in all the first expedition was amazing. We had better weather we could have hoped for (although we may have spent more time applying sun cream than we actually did paddling). The views were stunning and far exceeded mere beauty. It was actually quite hard to believe that we were still in Scotland, as I could not remember it ever being so sunny and breathtakingly beautiful.

I had a two week between my first and second expedition to recuperate, however over these two weeks I couldn’t help but feel that the second expedition would not be able to live up to the great experience I had on the first expedition. I was right but also wrong. The second expedition was kayaking across Scotland, through the Caledonian Canal and several lochs, from Fort William to Inverness. This was a different type of kayaking than my group and I was used to. For the first time ever we were not kayaking in salt water. Fresh water was quite different from salt water and had several unexpected perks, for one our clothes did not get coated with salt. 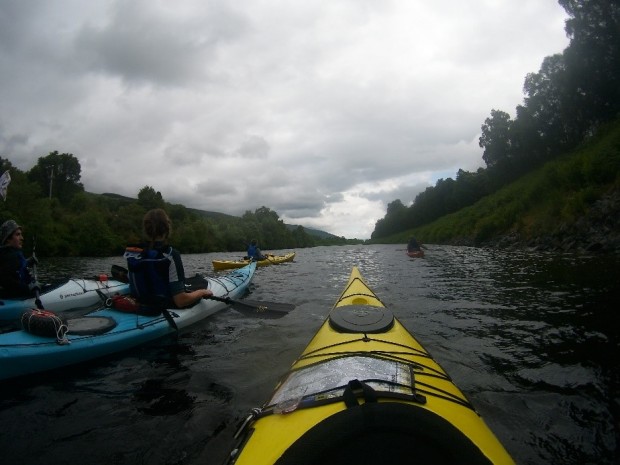 Fresh water wasn’t the only new thing on this expedition. The canals and lock gates were also a new experience. We met the lock gates at Neptune’s Stair Case but thankfully launched our kayaks after them. Over the course of four days we navigated and portaged our kayaks around 29 lock gates and 10 bridges. 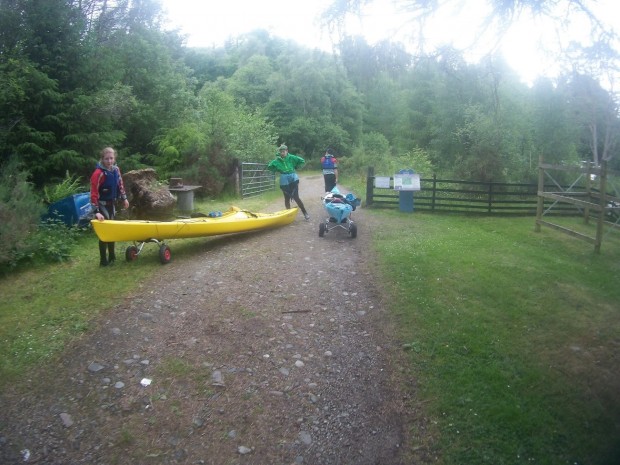 I found the canals interesting to kayak down. They were so different to kayak down than the sea and reminded me of the Seil Sound from the previous expedition. It was fun to be on them because they funnelled the wind and at times you could move along just by using your paddle to catch the wind, like a sail.

However, it was hard not to bump into or cut off my team mates and I did not realise until we got out into Loch Lochy how claustrophobic and enclosed I felt in the canal. Loch Lochy was probably the most fun sections of the expedition. The wind once again funnelled and created some amazing waves. This was one of the times where the training we had undergone before the expedition came in hand. As a group we adopted a formation which would be most useful in the event of a capsize. Myself and anther one of my team mates who are the only ones who can roll a kayaks went to the bad while the other my other four team members went in front. Thankfully no one capsized and I was able to surf the wave in peace and without having to perform a difficult deep sea rescue. 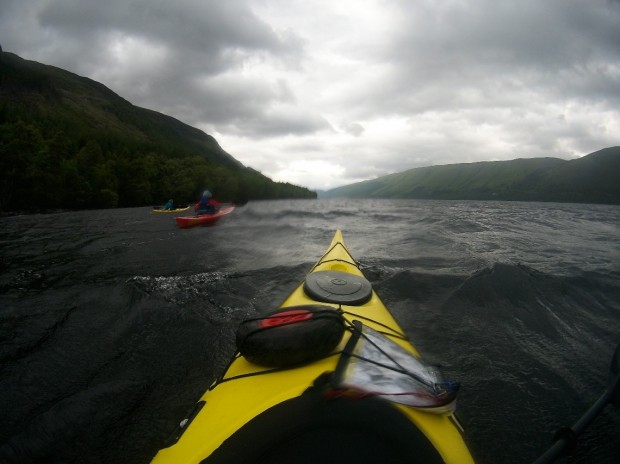 On the second day we camped in a field at the bottom of Loch Ness, the sun came out of hiding and we were confronted with a spectacular view as we looked up Loch Ness. 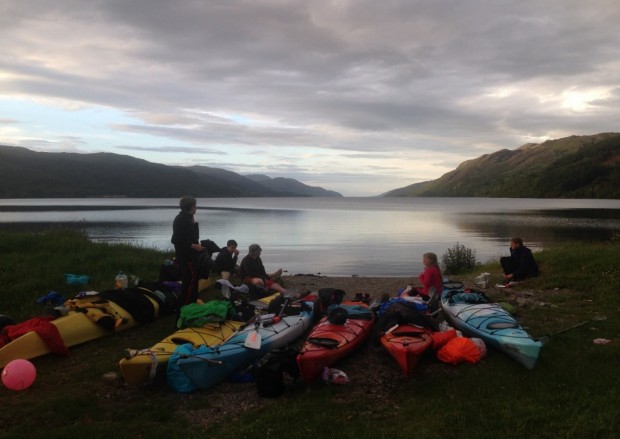 Although it did not hold the same beauty as the Argyll Sea Train the expedition was still really fun. Something that made me very proud was that the Great Glen Canoe Trail is designed for a five day, however we managed to do it in four. The team had its ups and its downs (with both ups and downs involving some form of a water fights) but in the end we finished our Gold Assessed Expedition as a team and in good spirits.

Both of these expeditions were amazing in their own way. There are so many things that they have taught me. They have given be courage, determination and inspiration, but perhaps the most valuable thing the expeditions gave me was my team. They gave me a new opportunity to bond with others and form an amazing and unique friendship. Through the struggle of battle headwinds, tides, and weather I learnt not only my limitations but also the strengths and weaknesses of my team. We went through the motions of the Stages of Team Development (Form, Storm, Norm, and Perform) and in the end overcame all barriers to form one of the strongest friendships I have ever had. 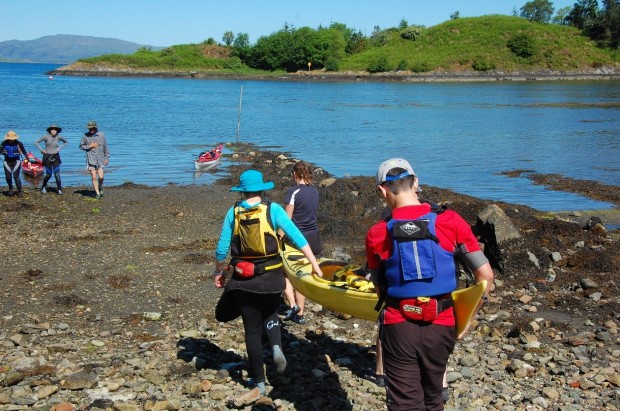 I am sad that it is over. I have kayaked for my Silver DofE Awards Expeditions, and now I have kayaked for my Gold DofE Awards Expeditions, and now I just wish there was another Level of the DofE Awards for me to complete. I have grown attached to the feeling of a paddle in my hands, the tilt of the kayak after each stroke, and the sea being just a hands distance away. Although I have no intention of this being my last kayaking expedition but I do not believe it will ever be the same as the experience I have had throughout the stages of my DofE Awards. We were the first Gold Kayaking Expedition in Scotland and I hope there are many more to follow in our footsteps (paddle strokes?).

I will always remember these expeditions, the people I have kayaked with, and the memories I have made. I refuse to stop kayaking, there are still far too many sights to see, places to explore, and people to kayak with. 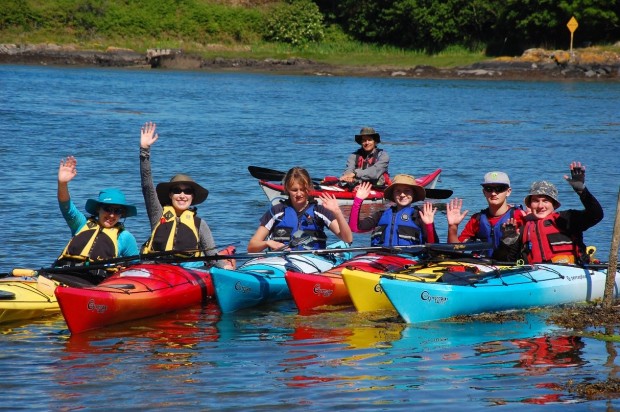 There are so many people who need to be thanked for making this extraordinary experience possible. Andy (our instructor) taught us so much about kayaking and how to survive a kayaking expedition, the Isle of Arran DofE Leaders began to construct an idea into a reality, and The YET Awards and other funders allowed us to actually do it. We did it. I did it. Thank you so much.