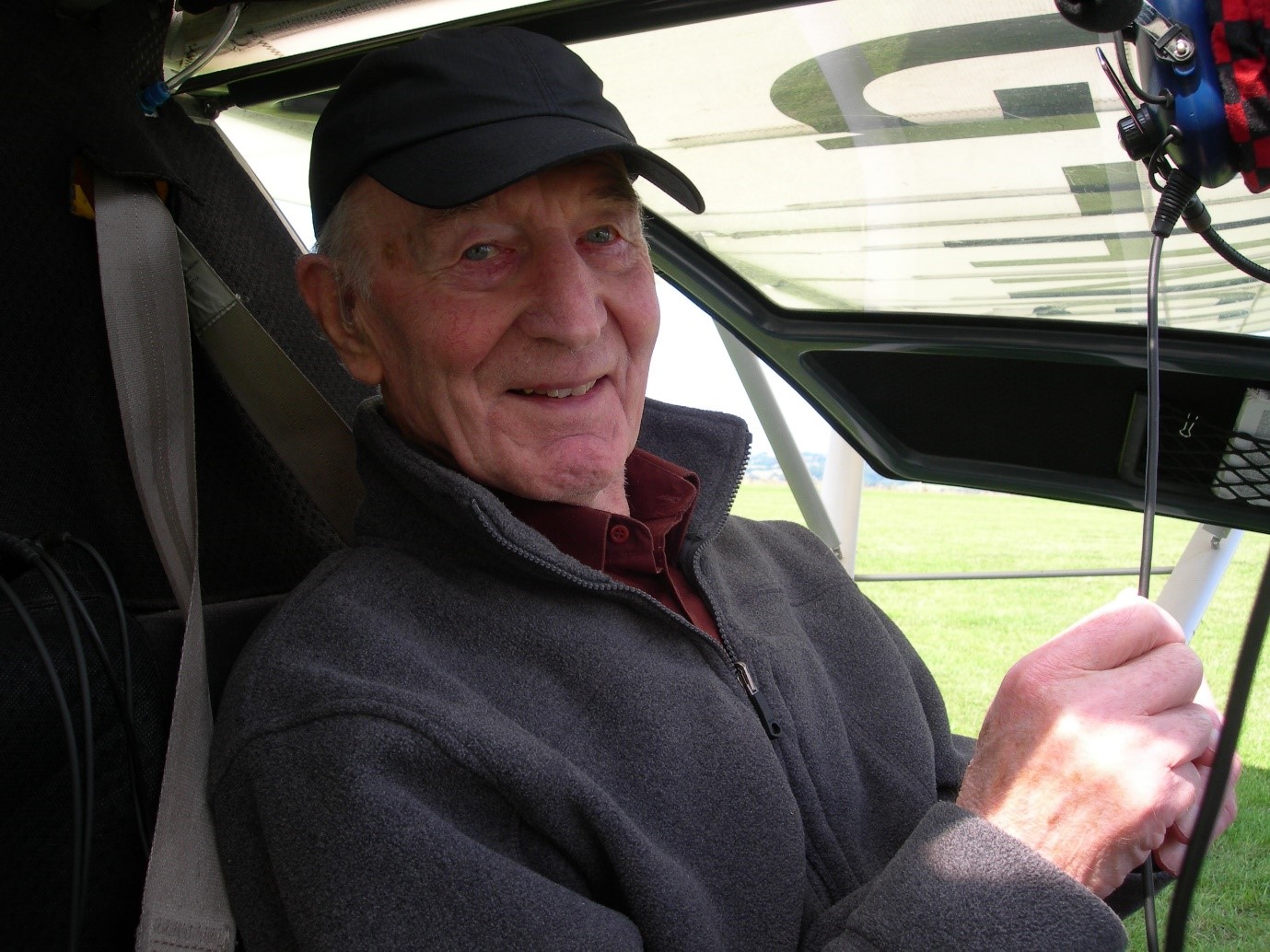 1923: A baby travelling in the sidecar of his father’s motorbike, wrapped tightly in a blanket and held in his mother’s arms. One day his father took a detour down a particularly bumpy track, causing the sidecar to separate from the motorbike. Only his mother’s quick thinking saved him from certain injury, and possibly worse, as she threw him into a hedge whilst she and his father hurtled on down the track in a cloud of dust.

2014: For his 91st birthday the carers at his nursing home give him a flight in a light aircraft. The pilot, on hearing of Reg’s wartime flying experience, bravely let him take the controls. What Reg didn’t know was that, whilst he was up in the skies, a funding assessor had arrived at the nursing home to see whether he met the criteria for funding for additional nursing care – on hearing that he was out for the afternoon, flying a light aircraft, she put him down as a ‘fail’.

These are tales from the beginning and nearing the end of the remarkable life of Reg Gilbert who has passed away at the age of 95 years packed with adventure and achievement.

When the war began Reg was working as a junior clerk for an insurance company in the centre of Birmingham. He volunteered for flying duties in the RAF a few days before his 18th birthday. On completing his training and returning to the UK, Reg was selected to train as a flying instructor and spent the remaining war years trying to stop trainee pilots from landing 50 feet above the ground…or, even worse, 50 feet below.

War ended and at last he could marry Betty and look for a career in teaching. Reg’s first teaching post was in Twickenham, pretty much on the site of the present rugby ground. He then moved to Frome in the early ’50s to teach PE and Maths at Frome Grammar School. Reg was held in high regard by colleagues and was a committed professional. He had boundless energy and enthusiasm and was totally dedicated to his role of Sports Master and, later, Head of Outdoor Education.

It was this latter role that brought him to the Young Explorers’ Trust in the 1970/80s, a major era in the development of youth expeditions and when I first met him. The number of such expeditions from schools and youth groups grew steadily in that period both in number and in aims. Previously fieldwork in adventurous environments held the day but pure adventure, e.g. climbing, canoeing and later community based expeditions became increasingly popular.

Reg worked tirelessly to broaden the horizons of young people by leading expeditions with students from Frome Grammar School, and later Frome College, to Iceland, the Sahara desert, Ghana and Papua New Guinea during a period of over 20 years. In the 1980s I was the then Chairman of YET and Reg, through his experience and enthusiasm, became a vital member of a charity whose aim was to encourage expeditions for all sorts of youngsters. Reg’s main contributions were his growing interest in community and home stay expeditions, stemming mainly from his experiences in Papua New Guinea & Ghana, and, through his membership of the YET Council, as an influential protagonist of regional YET projects.

That this was a very important part of his life is illustrated on his retirement by his creation of the charity GIFT (Reg Gilbert International Youth Friendship Trust). GIFT supports outgoing young UK citizens to establish friendships and direct cultural contacts through ‘homestay’ visits with indigenous communities in developing countries. GIFT believes that “Friendship and understanding between people and across different cultures is one of life’s most important objectives”. To date GIFT has helped more than 350 young people make friendships in no fewer than fifty-two different countries.

It is easy to be bowled over by the sheer amount that Reg packed into his 95 years and, in so doing, forget to stand back and take a look at the man himself. This was a man who was interested in people and what made them tick. A man with a thirst for knowledge and a tremendous memory for places, names and events. A man who made time for others and cherished contact with family and friends. Who, at the age of 95, still had 175 people on his Christmas card list. A man who was tuned in to the needs of other people. A keen supporter of the underdog, even if that put him in a minority. A reliable, kind and humble man.

A man who takes nothing on this next adventure, but leaves so much behind.