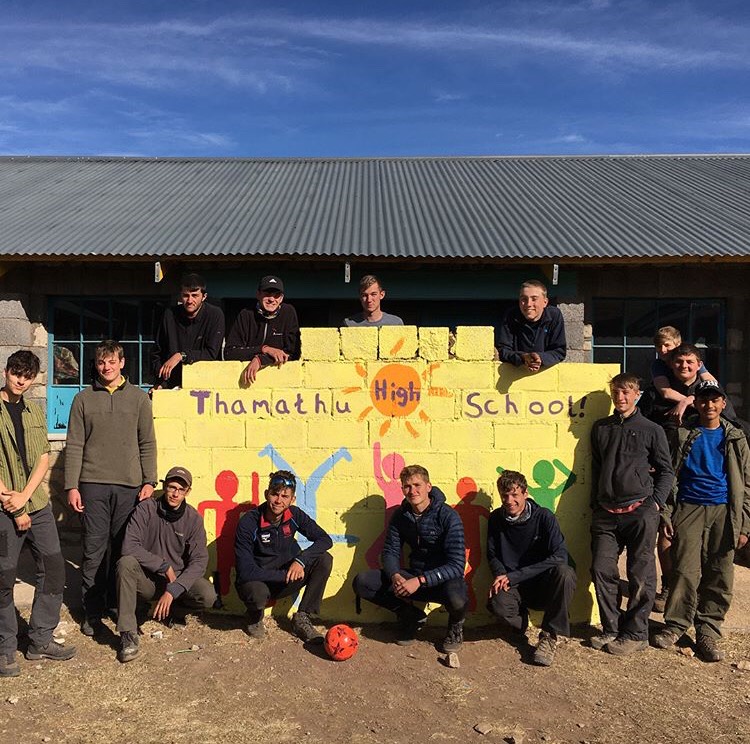 During the first two days of the expedition there were many activities, including visiting Rorke’s Drift, which was very interesting, as well as archery and an assault course.

Our first project was at the Gwahumbe game reserve, where as well as seeing wildlife we also helped the park rangers by chopping down invasive plant species with a machete which was fun but also dangerous as the plants were tremendously spiky. The next day at the game reserve we took part in an ecological burning, which is where an area is burnt in a controlled fire to encourage the vegetation to regenerate.

Next, we went on a five day trek through the Drakensburg Mountains, with a total distance of over 60 km, whilst carrying all of our kit and all of the food that we would need. It was very heavy. The views were amazing however, as we climbed up to over 2000m above sea level, so we could see for miles. We also saw around 30 vultures circling on a thermal above a rock formation, which was an awe inspiring sight.

After the trek we went on horseback over the mountains into Lesotho, and then to a local school where we stayed for a week helping. The children were not in school, so we stayed in a classroom and did projects around the school, as well as interacting with the local village. The projects we did were painting a classroom, putting up a barbed wire perimeter fence around the school and also attaching pig wire to the barbed wire fence around the vegetable patch. The experience was amazing, and really brings home the brilliance of running water when the only water source is a tap in the village 100m away, but up and down a canyon to get there. Hopefully we made a positive difference to the school we were at.

The last part of the trip was a safari at the Hluhluwe-iMolozi park, which was amazing. I will always remember sitting in a hide at a watering hole with my friend, and watching a white rhino walk across 10m in front of us. The only regret of the safari was that we didn’t see any large predators, but that gives me something to go back and see!

During the trip I successfully managed my diabetes, and this has given me increased confidence in my own ability to cope with my diabetes as I grow more independent in the future.