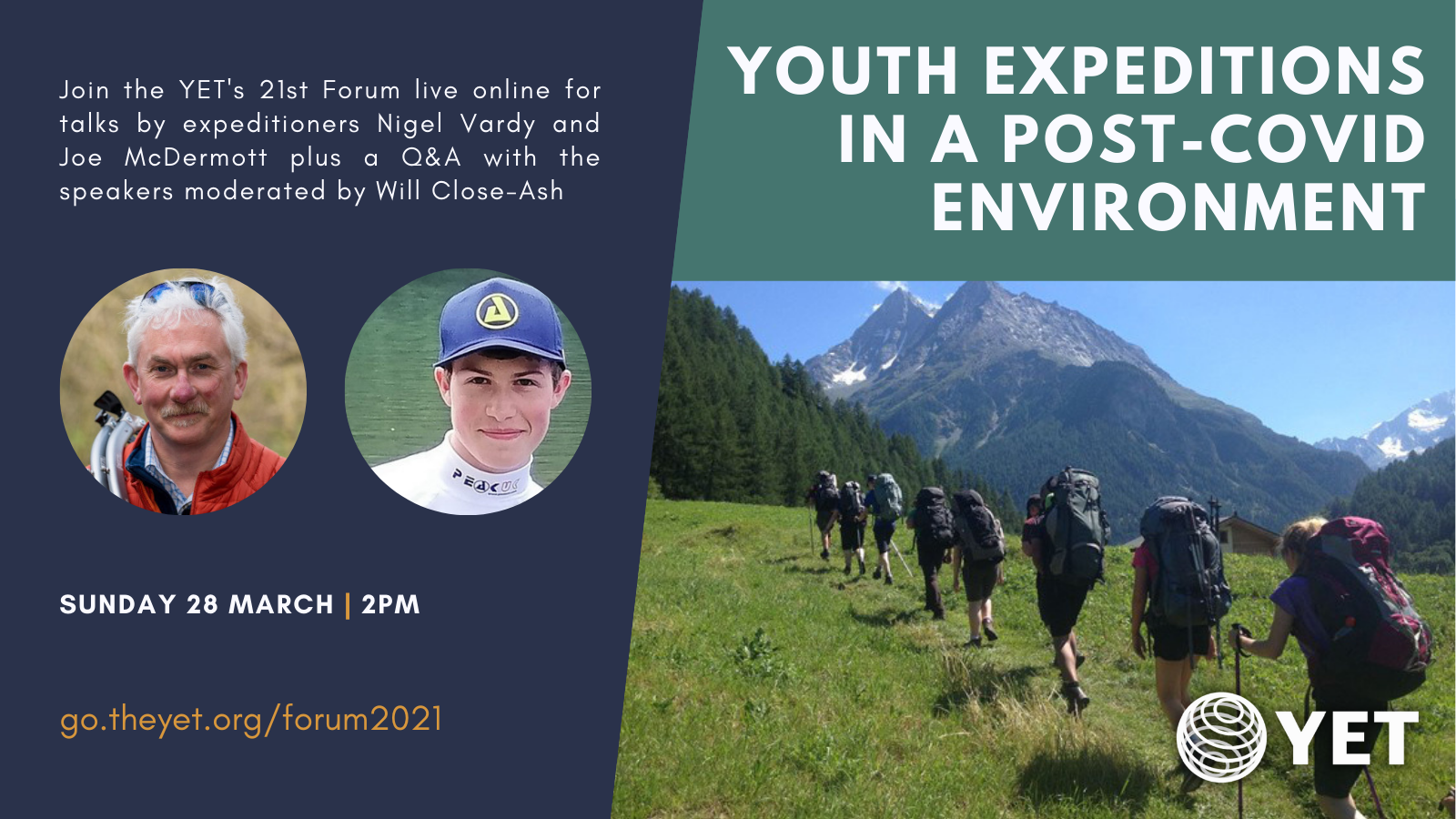 The 21st YET Forum took place virtually on Sunday 28 March.

The event is free to view but we’d be grateful if you’d consider making a small donation to the YET via the Charities Aid Foundation (search for “Young Explorers’ Trust).

A few resources were mentioned during the talk:

We were fortunate to be joined by Nigel Vardy and Joe McDermott, who spoke about their expedition experiences before answering questions from the audience.

Frostbite in Alaska
Appendicitis in Greenland
Near drowning in Borneo
Rope failure in the Kumbu
Reported missing in Annapurna
Would you go climbing with this man???

Some people call him brave, some call him mad. To face the thin air at high altitude takes a bit of both, but to Nigel Vardy, there is nothing like being on a high mountain. Losing limbs to severe frostbite would put off all but the few, but to Nigel it was the springboard to climb, achieve and conquer.

Over the past 30 years he has climbed across the world, set mountaineering records and spoken to schools and businesses across Europe. He continues on life’s adventure, forcing new boundaries and new experiences every day of his life.

As Nigel says, “I don’t want to die in an unused body…”

Joe is the recipient of two consecutive YET grant awards, in 2018 and 2019. He will be speaking about his exploits on the Tour du Mont Blanc, the things he learnt and how it’s developed him as a young explorer.

He has also ventured to former Yugoslavia during Expedition Kayak Drina, the aim of which was to gain a better understanding of geographical and human factors around Balkan rivers.