Report by Navjoth Singh
Recipient of the Everest Award

The first day of the expedition consisted of travelling from Birmingham to the capital of Madagascar, Antananarivo, with a quick stop at Paris. We arrived at the hotel at about 2am the following day (8 July 2016). Our first day in Tana was quite a relaxed day, as we needed to recover and prepare for the journey ahead. The next two days again were travel days: we spent 12 hours journeying across the highlands of Madagascar, spent the night in Mahajanga, and spent the majority of the second day travelling to the Opwall camps, on dirt roads in open trucks. During the Opwall section of the expedition, we helped the scientists carry out surveys to collect data, as well as attending lectures on conservation, biodiversity, evolution and the relationship between the people of Madagascar and nature. The first part of the Opwall section was spent in the Matesdroy satellite camp, which was situated next to a very scenic lake and had a very serene and peaceful atmosphere, and the second part was at the Mariarano camp (the main camp, hence much busier and noisier). Food was mainly limited to rice and beans! Both camps were located in around the Mahamavo dry forests.

The surveys we carried out include: invertebrates (we had a section of land and had to find as many spiders and scorpions as we could find during a certain time period (spiders could be located as their eyes reflect torchlight, and scorpions are fluorescent in UV light), and had to capture 5 scorpions (using tweezers) and as many spiders as we could-these will be sent back to Europe to be identified), mist netting (100m of netting had been constructed to trap birds. Any birds caught had their blood sampled, to check the genetic diversity of the species in the area), as well as lemur, bird and herpetofauna (lizards, frogs etc) surveys (these involved walking along a preplanned route, counting the number of the target animals observed (as well as the time spotted, and location etc). 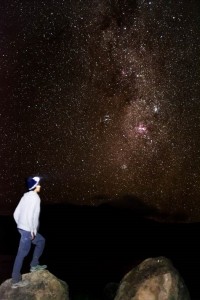 After the Opwall section, we visited 4 parks/reserves: Ankarafantsika, Andasibe, Ranamofauna and Anja, in order to see some iconic animals of Madagascar which couldn’t be found around the Opwall camps. At Ankarafantsika, we managed to see the critically endangered Madagascascan Fish Eagle, as well as the hard to observe Schlegel’s Asity. Andasibe and Ranamofauna consisted of rainforest, and were much cooler than the other locations. At Andasibe we observed the Indri-the largest of the lemurs, and as they can’t survive in captivity; Madagascar is the only place they can be found in the world. The forest at Ranamofauna partially consisted of bamboo trees, and was home to the bamboo lemur (this is the only animal that can eat the cyanide-containing bamboo). One of our guides was the guide for David Attenbourgh when he was making his documentary on Madagascar in this location; he could emulate all the different calls of the birds in the area. Anja was the final, and the most southern location. We camped next to a forest containing troops of ring tailed lemurs; they’d climb down into the camp at breakfast and surround us, getting under a foot away from our faces! The night sky at Anja was amazing: there wasn’t any light pollution, as we were in a mountainous and undeveloped area; we didn’t have any electricity and no running water. 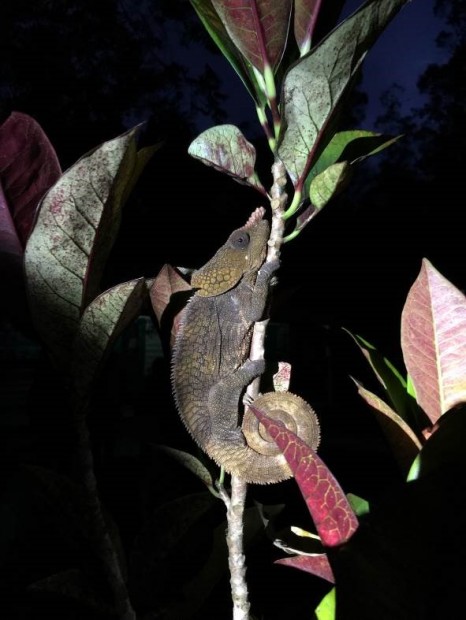 After our time at Anja, the expedition could be seen as over: the last few days involved travelling back to Antananarivo, spending a day there waiting for the flight, and travelling back to the UK. This included an 8-hour delay at Paris, due to the French Air Traffic Controller strikes!

Benefits of the award, and the trip

By enabling me to go on this trip, I have been able to help the scientists in their work, speeding up the collection of data and the setting up of traps, which can be quite tedious if not done collaboratively. Eventually, the data collected will be used to create sustainable livelihoods for the local people, thus helping the local community, as well as being used to help establish protection for the forests and the animals residing in them, which will be especially important as many of the species are endemic to the island of Madagascar. I also brought some stationery supplies with me for the local schools, so they also benefitted. 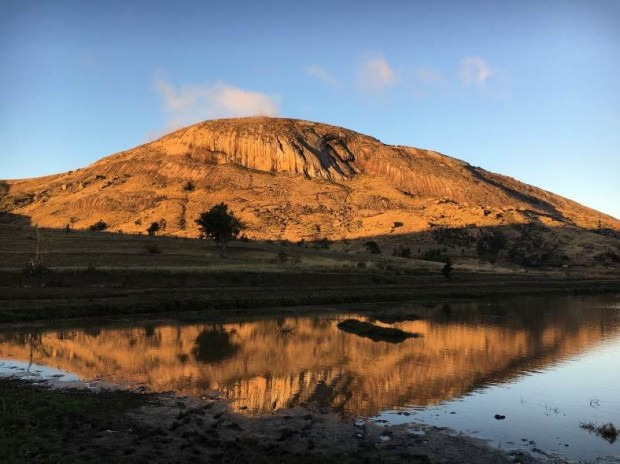 On a personal level I have just been on an adventure of a lifetime, having seen and held animals that can be found nowhere else in the world, some not even in captivity (the Indri, for example). The huge range of stunning landscapes seen justifies Madagascar’s nickname as the ‘seventh continent’. I have also learnt many skills, from safely handling and trapping animals to learning how to live in an environment in which living space is limited and are constantly moving to new sites.

I have been able to experience a very different life: a life without technology, without electricity, without the distractions that the internet brings, without the luxuries of western life (hot running water and a variety of food were missed!), but with the freedom that living in the wilderness brings; where else can you go on a walk through a forest of lemurs by yourself under the afternoon sun? A life in which finding scorpions and cockroaches in your toilet and bedroom is the norm. I have also experienced what life is like on an expedition: working together and supporting each other. 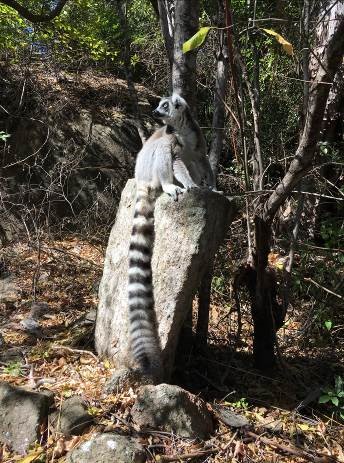 I have seen the extreme poverty which is a norm for some and yet people are friendly and cheerful, making the consumerist lifestyle many of us lead, and the advertisements we are constantly exposed to, seem very trivial – this was one of my observations when I returned back home and had to re-adjust, again another novel experience for me.

I’d like to say thank you to the Young Explorers Trust for helping me go on this trip, giving me these experiences and memories.