Paul McGann in the Himalayas 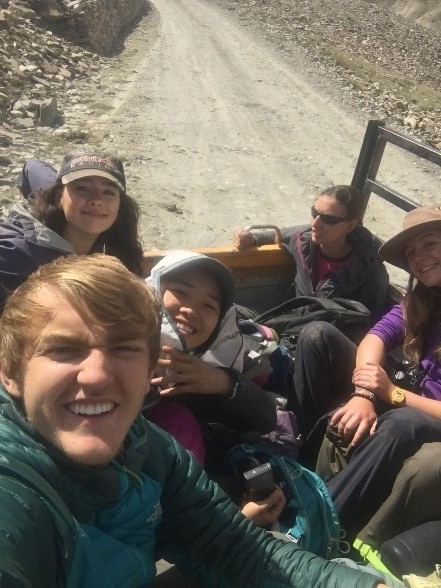 Report by Paul McGann
Recipient of the Everest Award 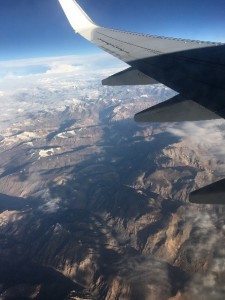 I first would like to thank The Young Explorers Trust for its contribution towards my trip to the Indian Himalayas in the summer of 2016. The money, along with my own fundraising, allowed me to embark on a three and half week adventure and science expedition that has been life changing.

I started the trip by first flying to London to meet the group. Although a few of us had made friends from the training weekend it was still nerve-racking meeting the people who I would be spending the next month with. We arrived in Delhi and took a bus to a youth hostel where we were staying for the night; there we met our first challenge which was simply surviving the heat. Early the next morning we got on another plane to Leh, and got our first taste of the mountains while coming in for landing. It was pretty nerve-racking landing with mountains on either side of you but it was a taste of what was to come. 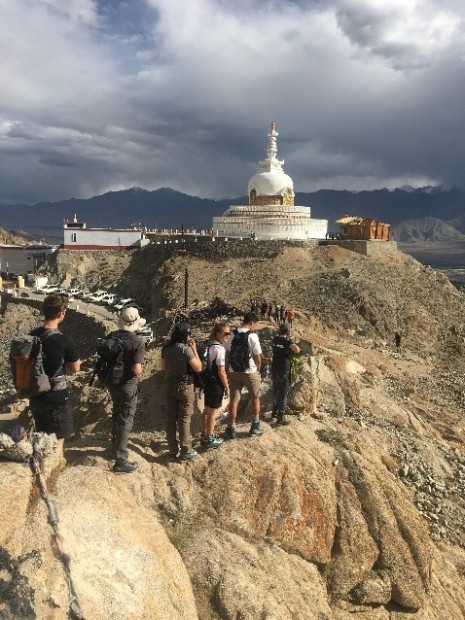 As soon as we stepped off the plane you could already feel the effects of the altitude, simple tasks were much harder and simply going up and down stairs had you out of breath. We stayed for several days in a hostel in Leh where we slowly acclimatised. During this time, we got some training on some rope work along with methods for walking on steep ground that we would later use while on expedition. Meeting some of the locals and exploring their city was extremely interesting. 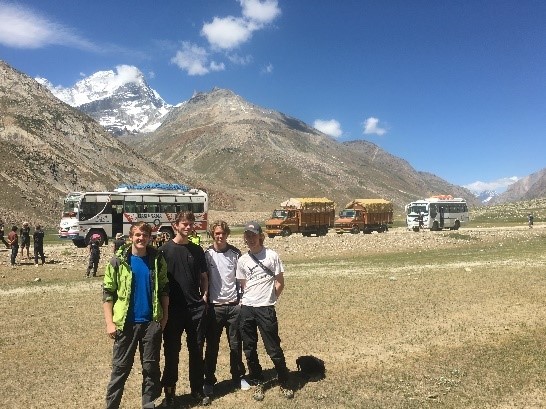 After three days it was time to start our journey to base camp. Early in the morning the trucks arrived and we loaded up. Over the next four days we drove in convoy, staying at hostels and camp sites each night. Some of the road conditions were really bad and our wheels were often very close to edge of the mountain, however we got to see some amazing views along the way. 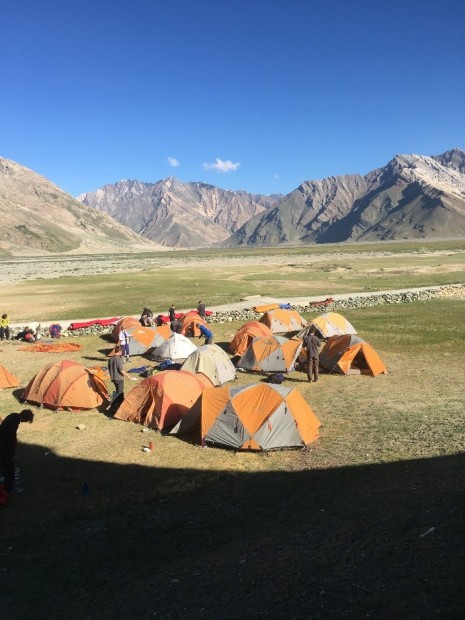 Over the four days we got to stop off at multiple towns where we had opportunities to meet some of the locals and experience some of the culture. We also got to camp in some very scenic spots, one of them being in the garden of someone’s house who had invited us to stay when we didn’t make it to the planned campsite. 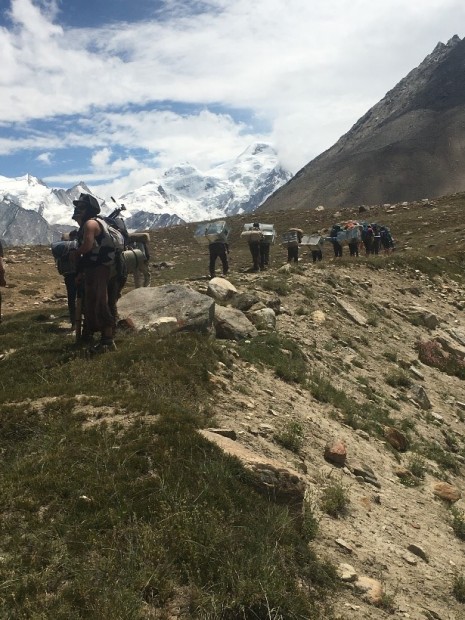 We eventually arrived at base camp where we began to set up. We were met by several porters who helped us transfer kit to the site of base camp. Everyone found the short walk from the road to camp very difficult due to the altitude.

Once at camp we spent several days doing some training and acclimatising to the altitude. We spent a day doing ice training, another doing steep ground and also learned how to safely cross rivers. 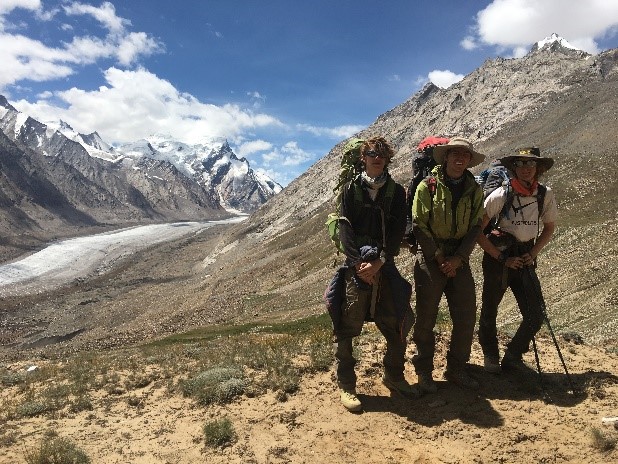 Some of the hiking we got to do was spectacular, the scale of the mountains and the beauty of the area made it out to be some of the best views I have ever seen. While on the hikes we were shown local plants and given more training. 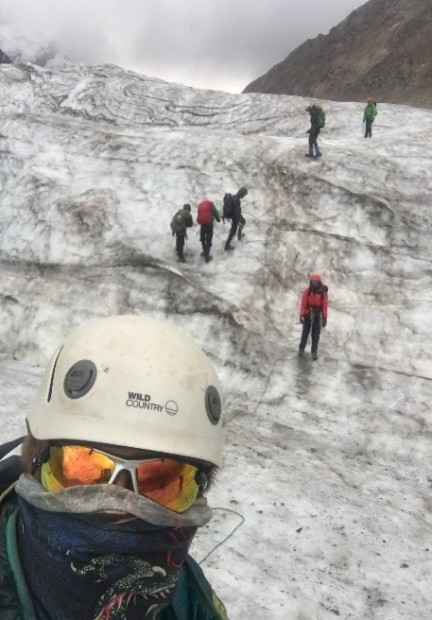 One of the best experiences by far was the glacier expedition in which we got to spend a day with crampons and ice axes exploring the glacier called Darang Drung. It was a once in a lifetime experience and something everyone really enjoyed. We also got to do some ice climbing off the side of the glacier. 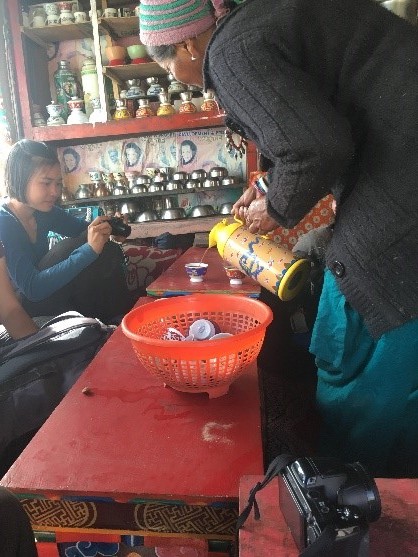 On the day we were leaving for the second expedition I became ill with a stomach ache. I thought I would still be able to go with the team but unfortunately as I was vomiting I was advised by the medic to stay behind. At first I was extremely disappointed and spent the day laying in the medical tent however the next day I was allowed to join one of the other groups to go on a cultural trip. We had Urgen the translator with us which allowed us to communicate with the variety of local people we met throughout the day. We first met a group of women who were building a house on the roadside, they told us that they were yak farmers and that their husbands were back in Leh working. We also go to travel around in the back of a pickup truck which meant we got the best views of the area, however it was very bumpy.

We also got to go to the home of an amchi which is a local Tibetan doctor. He told us about his work and we got to try some local tea and food which was fascinating to get to see how the locals lived. Learning about their methods for medical care compared to what we are used to was eye opening as even small illnesses could turn much more serious when you live in such a remote place. 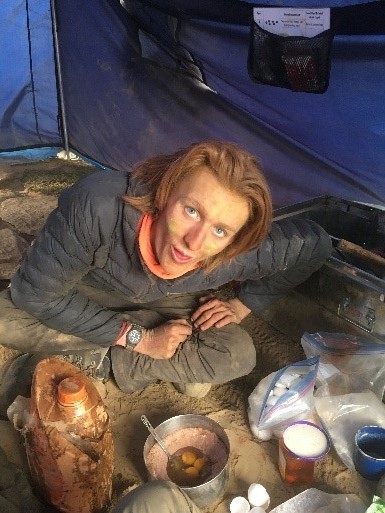 On the last day of base camp before we set off home again we had a fun and games day with several activities. Each group made a robot costume and then as a team we did an obstacle course, however the highlight had to be watching the leaders team doing the race. We also had a baking contest in which we were given limited ingredients and had to make something. We made use of the pressure cookers to make a basic chocolate cake that actually turned out really well for the situation that we were in.

On the way back to Leh we were able to cover the distance much quicker because we weren’t acclimatising. When at Leh we got to explore the city some more, going to the monasteries and buying souvenirs from the local shops. A few days later we flew back to Delhi marking the official end to the trip. 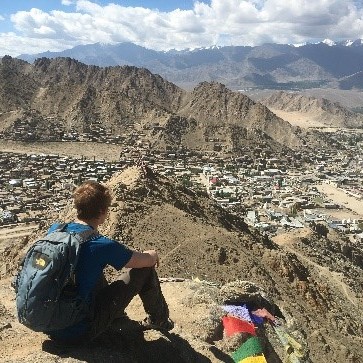 Looking back on my trip to the Indian Himalayas I realise how lucky I was to experience such a beautiful place. The trip was filled with ups and downs but I feel like the challenge has been a massive step up in my personal development. I became friends with an amazing group of people and learned skills that will stay with me for the rest of my life. I feel that a massive thanks needs to be given to everyone who made this trip possible and helped me to develop myself as a person which will help me in all aspects of my life in the future.