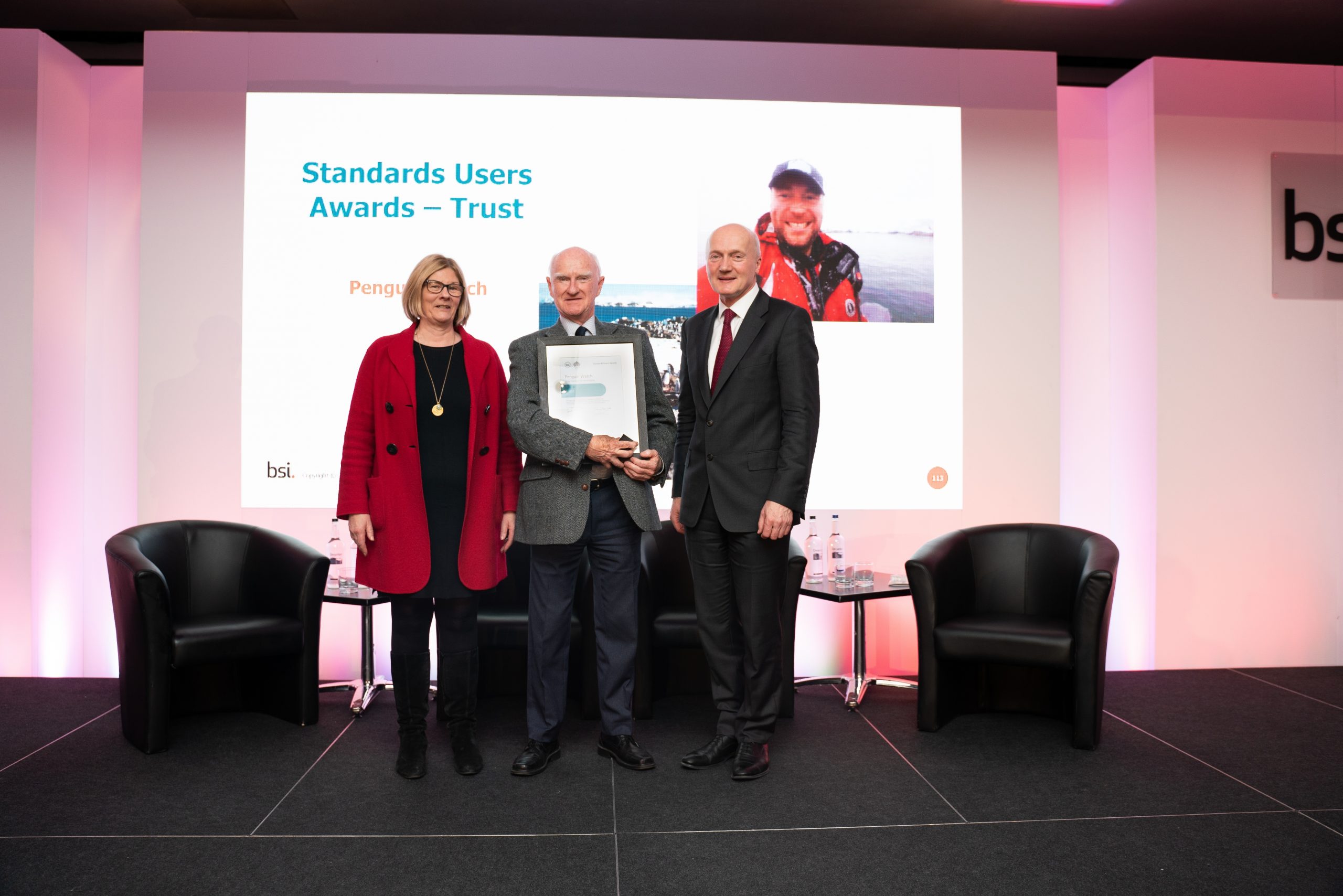 It gives us great pleasure to share the news that one of the organisations we evaluate against BS8848 has won an award in a national BSI competition!

Penguin Watch is an Oxford University-based, complex, demanding research programme into changing distribution patterns of penguins and species survival around the Southern Ocean.

A network of approximately 100 remote sampling stations across the Falkland and South Sandwich Islands, South Georgia and the Antarctic continent photographically records penguin nesting colonies at hourly intervals all year round, plus other information for subsequent large scale data analysis. Findings inform international policy and educate the public regarding climate change.

The programme was nominated for a BSI award in the ‘Trust’ category. It won based on its decision to voluntarily conform to the British Standard BS8848:2014, inspiring trust in all engaged and following University regulations, in particular its policy regarding safety in fieldwork.

Being in Antarctica at the time(!), Dr Tom Hart was unfortunately unable to collect the award so YET trustee Bob Schroter did so on his behalf. Congratulations to all involved with Penguin Watch!